A new campaign is giving Australians a million reasons to get the COVID-19 vaccine in a bid to fast track the nation's push towards a key double-dose milestone. 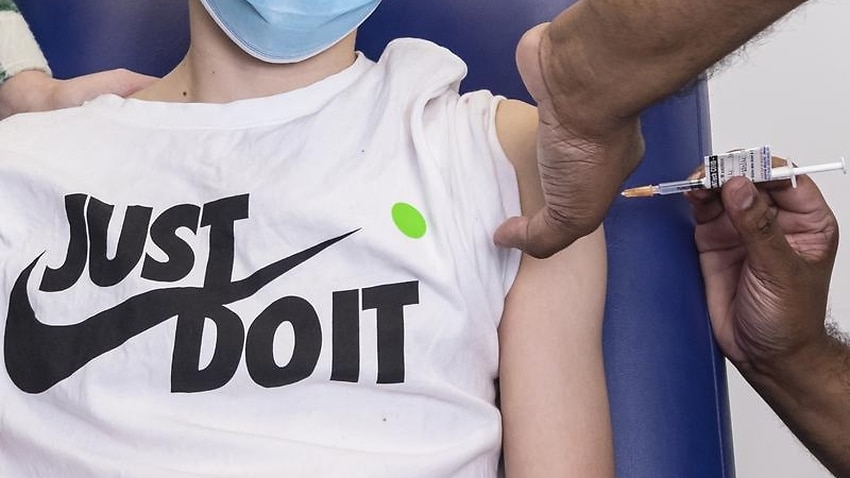 A campaign will give away $4.1 million worth of prizes, with one winner to claim $1 million in cash. (AAP)

Want to win a million dollars? Well, it's as easy as getting a COVID-19 vaccine.

That's what's up for grabs for a lucky Australian as part of newly launched initiative dubbed the "Million Dollar Vax campaign".

The campaign will give away $4.1 million worth of prizes, with the big ticket item of $1 million in cash drawn on November 5. Some 3100 $1000 gift cards will also be drawn throughout October.

Funded by philanthropists and corporations, the campaign aims to boost national vaccination rates above 80 per cent, a key reopening target under the national plan.

But Craig Winkler of the Million Dollar Vax Alliance says it is not designed to convince vaccine hesitant Australians to get the jab.

"The promotion simply seeks to reward people who decide to be vaccinated now rather than waiting," he said in a statement on Sunday.

"The faster we reach higher vaccination rates nationally, higher than 80 per cent, the sooner we all can safely resume our full range of community and business activity."

Australia's vaccination rates have soared in recent months as supply issues eased, with 79.4 per cent of the 16-plus population having received at least a first dose and 56.5 per cent double dosed.

The federal government had been considering incentives to encourage Australians to get the jab before lockdown-inducing outbreaks of the highly infectious Delta variant in NSW and Victoria.

Victorian Premier Daniel Andrews has endorsed the concept after his state announced a mandate for more than a million authorised workers.

"It's great. I'm not fussed on what motivates you, whether it is for your health or to help the people you love, to protect our health system and our nurses, or to win $1 million," he told reporters on Sunday.

"Just go get vaccinated. That is what I am asking because it is our way out of this."

The initiative is inspired by the Ohio 'Vax-A-Million' campaign in the US.

Philanthropy Australia chief executive Jack Heath hopes it will "save lives, ease the burden on healthcare workers, and benefit the wider community".

All Australian adults are eligible to enter the competition online, as long as they've received a first dose on or before October 31.

Prizes will only be dished out to those fully vaccinated by December 13, six weeks after the cut-off date.