A Liberal party branch will debate a blanket immigration ban in a motion describing many as unemployed and criminals.

A Sydney-based branch of the Liberal party will debate a motion that callsfor a ban on all immigration and labels migrants as "criminals" and "bastards", according to a report in the SMH which has obtained the motion.

"Preamble: Stop All Immigration and Refugee Intakes.
"Reasons: We are bringing in over 200,000 every year, - note: EVERY YEAR! - when we have over 4 million unemployed: Over 600,000 officially classed as “unemployed”, with over 800,000 on “disability support” (some with arms like a bulls leg!) – all the convicted jihadists were on benefits!"

The motion is before the Carlingford branch of the party and includes a preamble form branch president George Popowski that calls for the government to halt all immigration and refugee claims while an assessment of risk and benefits is made.

It also claimed 80 per cent of new arrivals were on welfare payments.

"The last thing we need is foreign workers. Get the bastards who are here, off their back-sides! 80% of all new arrivals are on benefits – some for over 10 years!" he wrote.

"Simple: compulsory work for the dole – plus, prison for all the crooked quacks who've signed them up for the DSP!" it states.

The document also suggests migrants may be terrorists, and criminals who forge documents.

"Who wants criminals? As THE Donald said: 'We don't know who these people are!' And we don't! Today, when they can forge $100 notes, any documents can be bought," he wrote. 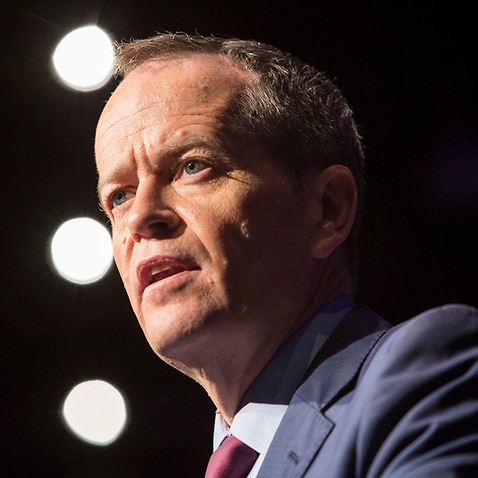 "Also, all the jihadists here! Surely, this crap must stop! Shut the door NOW! Do we NEED these people??????"

In September, 49 per cent of people surveyed in an Essential poll agreed that Muslims should be blocked from the country while 40 per cent disagreed with the idea.

More than a third felt Muslims did not integrate into Australian society as their main reason for supporting a ban, with some citing concerns about terrorism and lack of uptake of Australian values, the poll published in The Guardian showed.