The White House has confirmed the commuted sentence, saying Roger Stone is a victim of the Russia "hoax".

President Donald Trump has commuted the sentence of his longtime friend and adviser Roger Stone, sparing him from prison after he was convicted of lying under oath to lawmakers investigating Russian interference in the 2016 US election.

Mr Trump's decision to commute Mr Stone's sentence days before he was due to report to prison marked the Republican president's most assertive intervention to protect an associate in a criminal case and his latest use of executive clemency to benefit an ally.

Democrats condemned Mr Trump's action as an assault on the rule of law.

"Roger Stone has already suffered greatly," the White House said in a statement. "He was treated very unfairly, as were many others in this case. Roger Stone is now a free man!" 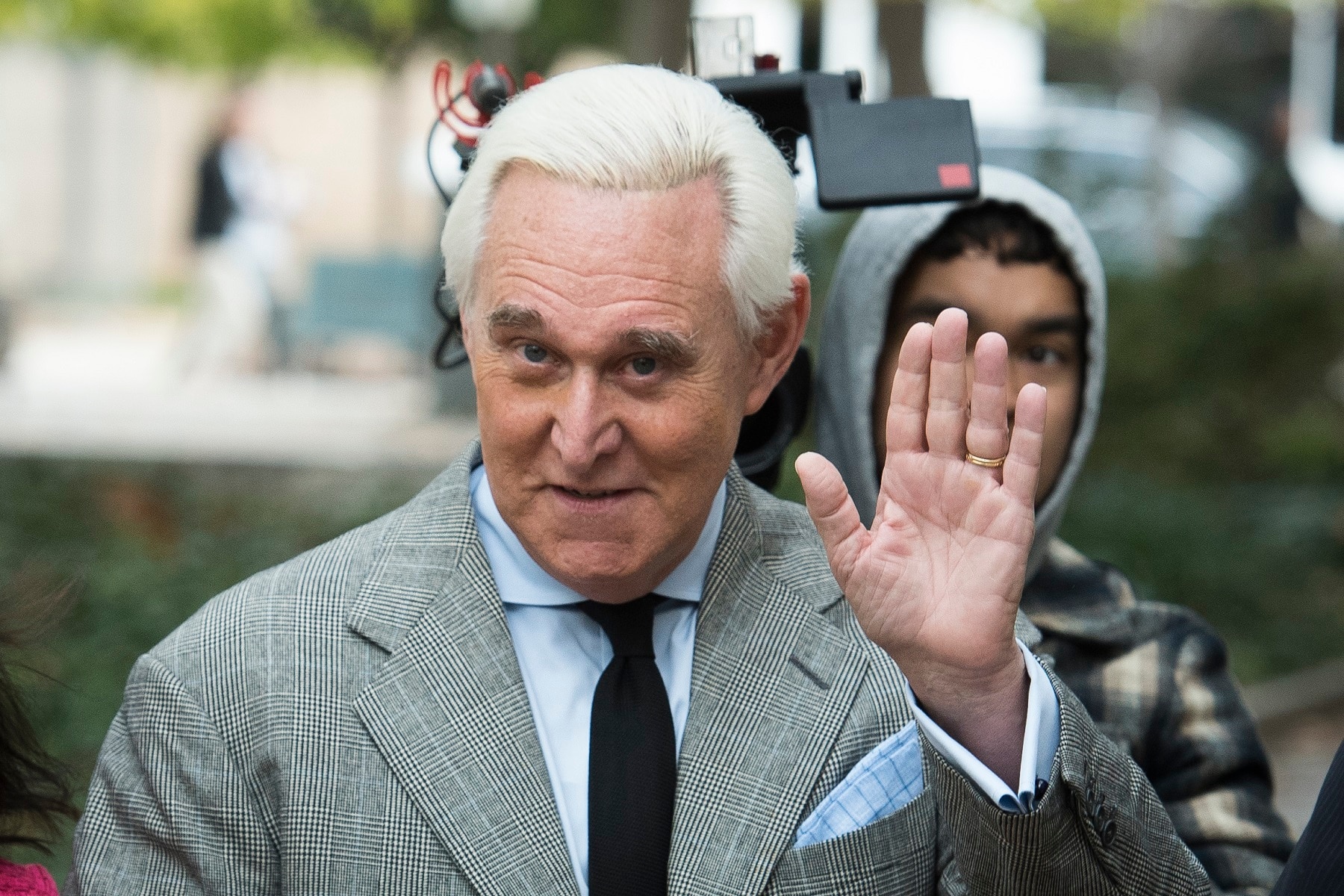 The veteran Republican political operative's friendship with Mr Trump dates back decades. Mr Stone, 67, was scheduled to report by Tuesday to a federal prison in Jesup, Georgia, to begin serving a sentence of three years and four months.

Mr Trump, seeking re-election on 3 November, opted to give Mr Stone a commutation, which does not erase a criminal conviction, rather than a full pardon.

"This is a horrific, horrific nightmare when you realise that this investigation never had any legitimate or lawful beginning, it was a witch hunt," Mr Stone said using some of the same words Mr Trump has hurled at prosecutors and Democrats who investigated Moscow's role in the 2016 US election. The White House, in its statement, criticised Mr Mueller's investigation and the prosecutors in Mr Stone's case. The White House said Mr Stone is a "victim of the Russia Hoax that the Left and its allies in the media perpetuated for years in an attempt to undermine the Trump Presidency". 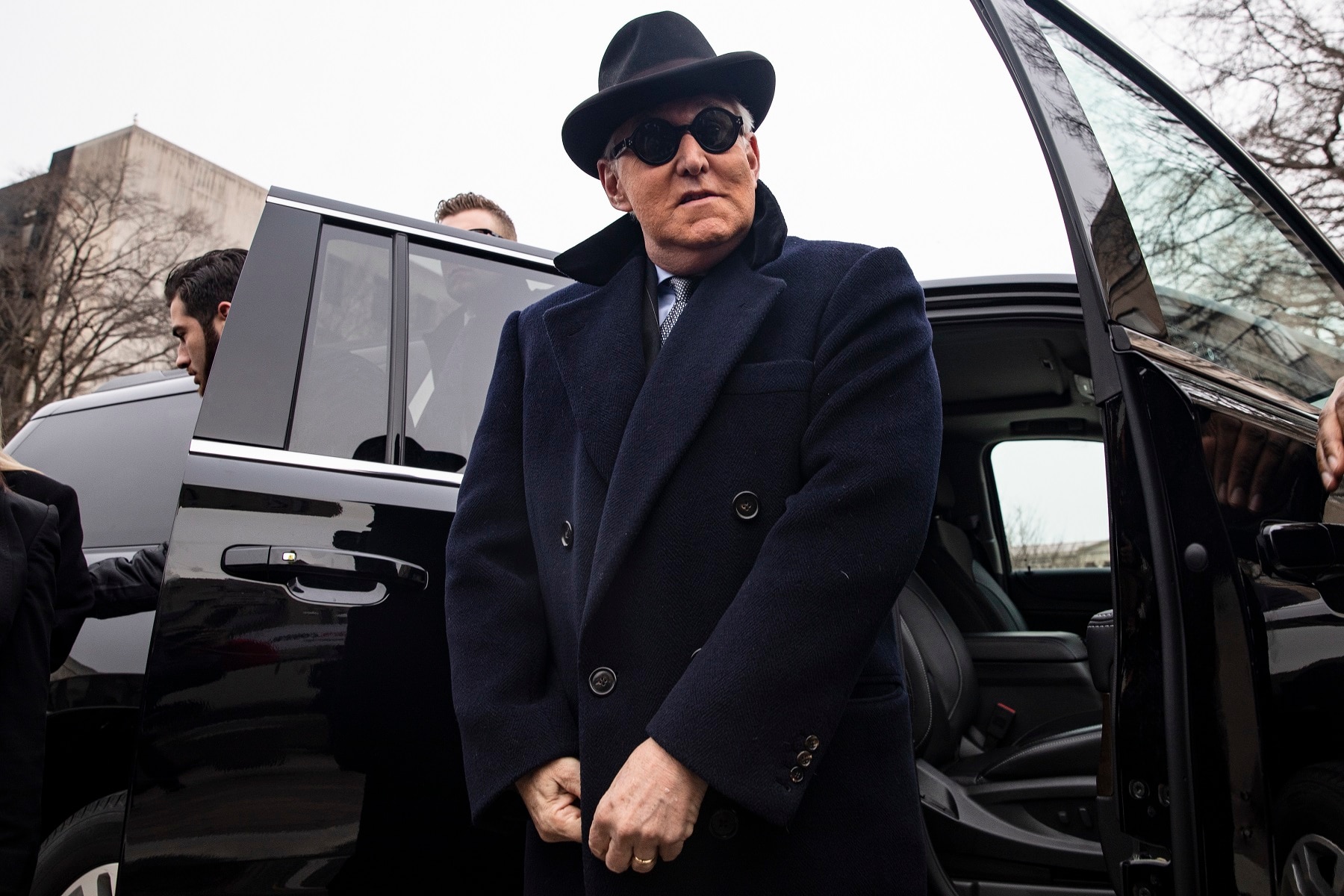 Roger Stone arrives for his sentencing hearing on 20 February 2020.
AAP

House of Representatives Intelligence Committee Chairman Adam Schiff said: "With this commutation, Trump makes clear that there are two systems of justice in America: one for his criminal friends, and one for everyone else."

The top Democrat on the Senate Intelligence Committee, Mark Warner, added: "The United States was founded on the rule of law. It seems our president has nothing but contempt for it."

Bill Russo, a spokesman for Mr Trump's Democratic election opponent Joe Biden, accused the president of abusing his power "as he lays waste to the norms and the values that make our country a shining beacon to the rest of the world".

Guilty on all counts

A Washington jury in November 2019 convicted Mr Stone on all seven criminal counts of obstruction of a congressional investigation, five counts of making false statements to Congress and tampering with a witness.

Mr Trump repeatedly lashed out on Twitter about Stone's case, accusing prosecutors of being corrupt, the juror forewoman of political bias and the judge of treating his friend unfairly.

One of them, Aaron Zelinsky, told lawmakers on 24 June 24 that his supervisor in the US Attorney's office in Washington was told to go easy on Mr Stone for political reasons.

Mr Stone was convicted for lying to the House Intelligence Committee about his attempts to contact WikiLeaks, the website that released damaging emails about Mr Trump's 2016 Democratic election rival Hillary Clinton that US intelligence officials have concluded were stolen by Russian hackers.

“They say Roger Stone lied to Congress.” @CNN OH, I see, but so did Comey (and he also leaked classified information, for which almost everyone, other than Crooked Hillary Clinton, goes to jail for a long time), and so did Andy McCabe, who also lied to the FBI! FAIRNESS?

The US Constitution gives a president the "power to grant reprieves and pardons for offences against the United States, except in cases of impeachment." Mr Trump's use of this executive clemency often has benefited allies and well-connected political figures.

Mr Stone has been a fixture in American partisan battles dating to the 1970s. A colourful figure known for his natty attire, he has labelled himself an "agent provocateur" and famously has the face of former President Richard Nixon tattooed on his back.

Former Trump aide Sam Nunberg, a Republican political consultant and associate of Mr Stone, said, "No one is not voting for President Trump because he commuted Roger. In fact, the president protected his right flank with the commutation".