Protesters who disrupt businesses in Tasmania could spend up to four years behind bars under laws proposed by the state Liberal government.

Proposed anti-protest laws which could see activists in Tasmania jailed or fined up to $10,000 have been lashed by opponents as draconian.

The state Liberal government on Thursday reignited a push to introduce laws it has labelled the toughest in the country.

Similar legislation was in October last year ruled unconstitutional by the High Court after a legal challenge by former Greens leader Bob Brown. Under the reworked bill, protesters who disrupt workplaces could be jailed up to four years for a second offence.

Corporations who impede businesses face fines of up to $100,000.

Primary Industries Minister Guy Barnett said the legislation, which has been tabled in parliament, gets the balance right and addresses issues raised by the High Court.

"People should be able to earn a living without trespassers interfering with their work, threats being made in an effort to shut down their business," he said. 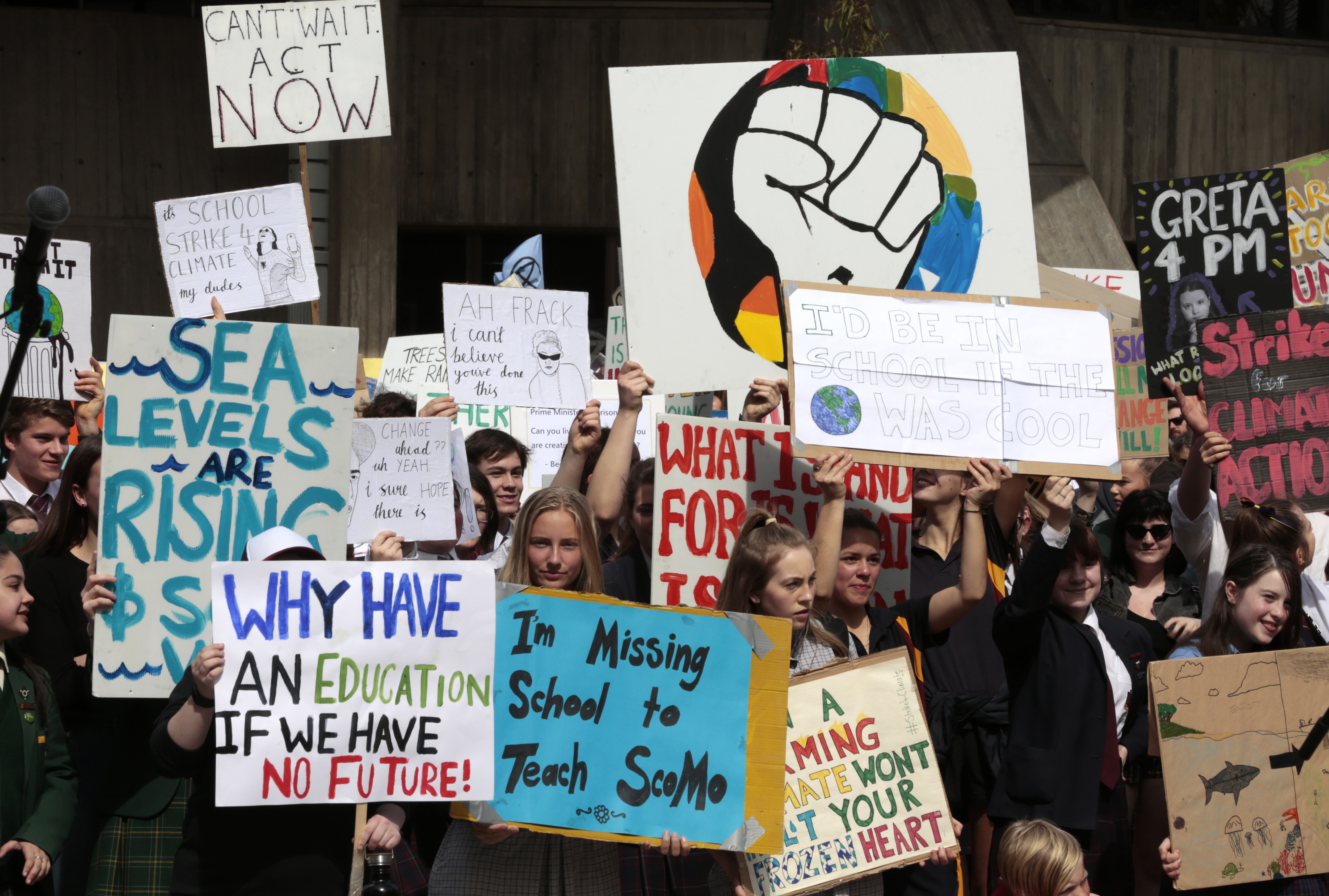 But Mr Brown indicated his foundation will have senior lawyers to examine the bill and didn't rule out further legal action if it passes parliament.

"The legislation aims to jail decent Tasmanians who have a different point of view to big business," he told reporters.

"Donald Trump would love it, Mr Putin would think this is fantastic, but it has no place in Tasmania."

"We are dealing with a government that is marching us towards a police state," Ms O'Connor said in a statement. Groups of protesters were arrested and charged at recent climate change rallies in Hobart and Launceston, while conservationists have tried to disrupt logging in the state's remote Tarkine rainforest.

The anti-protest legislation has been backed by industry groups including the Forest Industries Association of Tasmania and Tasmanian Chamber of Commerce and Industry (TCCI).

"The TCCI supports absolutely the right of people to protest lawfully, but not to conduct economic terrorism," TCCI boss Michael Bailey said.

"(It is) dangerous for both the protesters and those workers trying to extricate them."