Iran has written to the United Nations accusing US President Donald Trump of encouraging disruption at home.

Iran says the US "has crossed every limit" in international relations by expressing support for Iran's anti-government protesters and accused President Donald Trump's "absurd tweets" of encouraging disruption.

In a letter to UN officials, Iranian Ambassador Gholamali Khoshroo complained that Washington is intervening "in a grotesque way in Iran's internal affairs" and that Trump and Vice President Mike Pence are personally stirring up trouble. Head of Iran Guards declares 'end of the sedition'

"The President and Vice-President of the United States, in their numerous absurd tweets, incited Iranians to engage in disruptive acts," the ambassador wrote to the UN Security Council president and UN Secretary-General Antonio Guterres.

The US didn't immediately respond to the letter, which maintains that Washington "has crossed every limit in flouting rules and principles of international law governing the civilised conduct of international relations".

At least 21 people have been killed and hundreds arrested in Iran during a week of anti-government protests and unrest over economic woes and official corruption.

Meanwhile, tens of thousands of people took part in counter-demonstrations on Wednesday backing the clerically overseen government, which has said "enemies of Iran" are fomenting the protests. 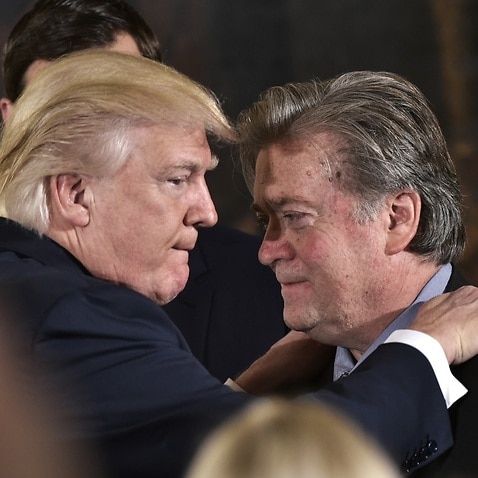 Trump has unleashed a series of tweets in recent days backing the protesters, saying Iran is "failing at every level" and declaring that it is "time for change" in the Islamic Republic.

"Such respect for the people of Iran as they try to take back their corrupt government," he tweeted on Wednesday.

"You will see great support from the United States at the appropriate time!"

He said the secretary-general urged respect for free-expression rights and stressed that any demonstrations should be peaceful.

Trump's UN envoy, Ambassador Nikki Haley, on Tuesday called for an emergency Security Council meeting on Iran, saying the UN needed to speak out in support of the protesters.

As yet, no meeting has been scheduled.