A fire has broken out the National Museum of Brazil in Rio de Janeiro. Authorities are investigating the cause of the blaze.

A massive fire has ripped through Brazil's 200-year-old National Museum in Rio de Janeiro , probably destroying its collection of more than 20 million items, ranging from archeological finds to historical memorabilia.

The cause of the fire, which broke out around 2230 GMT, is not yet known, according to local media.

The fire "spread very quickly; there is a lot of inflammable material," a spokesperson for Rio's fire department told AFP, adding that there were no reports of victims so far. 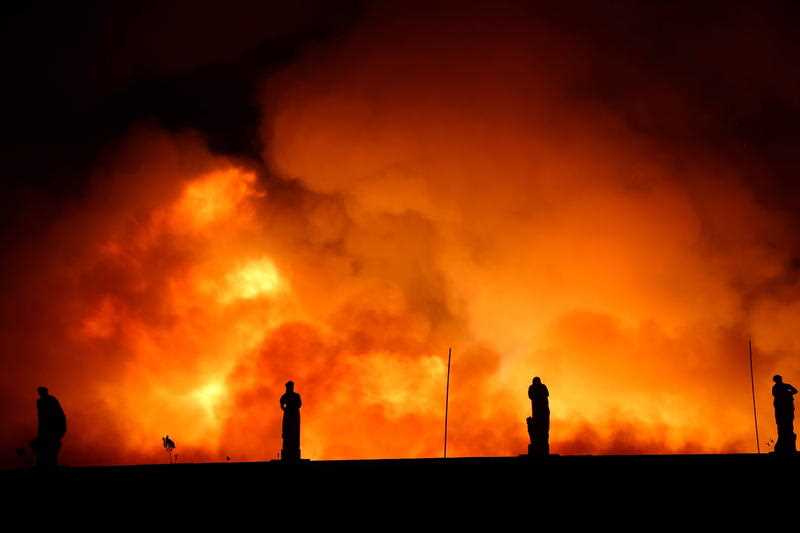 Firefighters work to contain a fire consuming the National Museum of Rio de Janeiro, one of the oldest in Brazil, in Rio de Janeiro.
AP

Television footage showed the building engulfed by a raging blaze that firefighters have still not brought under control.

The museum was founded in 1818 by King Joao VI and is among Brazil's most important, with valuable national treasures inside.

It houses several landmark collections, including Egyptian artifacts and the oldest human fossil found in Brazil and more than 20 million artifacts.

"This is a tragic day for Brazil," President Michel Temer said in a statement.

BREAKING: The National Museum of #Brazil in #Rio is completely consumed in fire. Founded in 1818, the museum is the holder of over 20 million items, including mummies, meteorites, insects, & fossils. So sad to see history in flames :(

"Two hundred years of work and research and knowledge are lost." "This is a cultural tragedy," the director of the National History Museum said on Globo TV.

There is no word of the possible cause or if there were casualties or the exact extent of damage.

The museum had suffered from years of neglect under numerous governments, the institution's vice-director the Globo TV network on Sunday night.

"We never got anything from the federal government," official, Luiz Duarte said. A firefighter in front of the Museum of Rio de Janeiro, one of the oldest in Brazil.
EFE 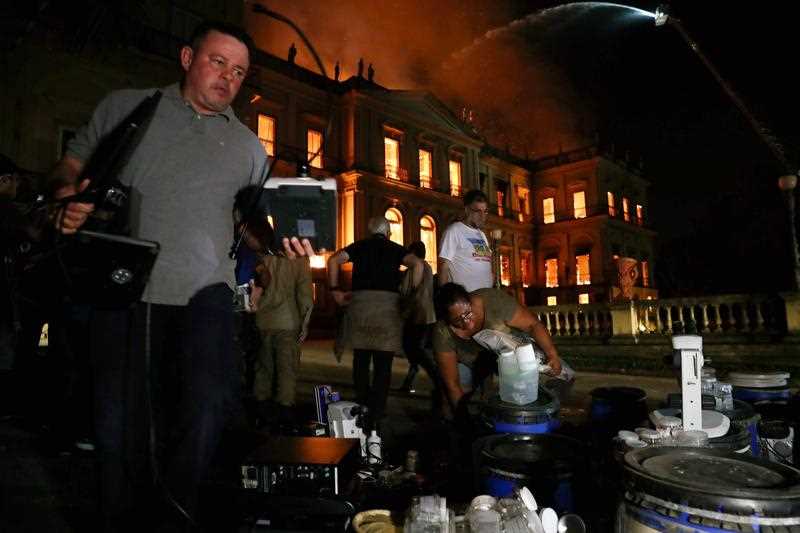 Employees recover objects from the National Museum of Rio de Janeiro, as a fire burns.
AP
"We recently finalised an agreement with (state-run development bank) BNDES for a massive investment, so that we could finally restore the palace and, ironically, we had planned on a new fire prevention system."

In a statement posted on its website in June, BNDES agreed to financing of 21.7 million reais to "physically restore the historic building" and also to carry out work to "guarantee more security to its collections."