An advertising campaign by Germany's transport ministry to persuade cyclists to wear helmets has sparked accusations of sexism, as it features a model wearing just a helmet and underwear.

With the slogan "Looks like shit. But saves my life", the advert features a profile-shot of a competitor in the gameshow Germany's Next Topmodel sporting a violet coloured helmet and a lacy bra.

But the advert, which is due to be plastered on billboards from Tuesday, ran smack into criticism, with the women's wing of junior coalition partners SPD demanding it be halted.

"It is embarrassing, stupid and sexist for the transport minister to be selling his policies using naked skin," Maria Noichl, chairwoman of the SPD's women's wing, told Bild am Sonntag.

Posting a photo of herself dressed in a business attire with her bicyle on Facebook, she wrote: "Dear Andreas Scheuer: fully dressed also goes well with a helmet!" 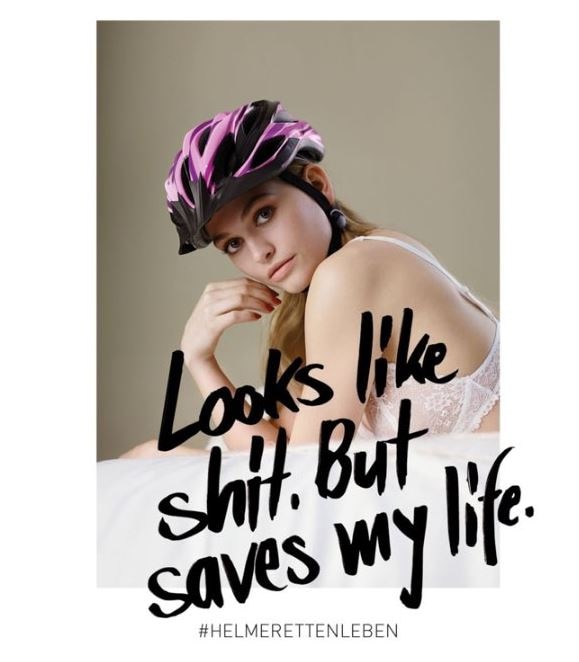 Defending the advert, a transport ministry spokesman said: "A successful road safety campaign should jolt people and can be polarising."

Meanwhile, the campaign has stoked mockery on social media, with one user saying it is Germany's bicycle infrastructure that "#lookslikeshit".