Home Affairs Minister Peter Dutton has confirmed a boat that sank near the far north Queensland coast was a people-smuggling operation.

A boat that ran aground in far north Queensland is the first people-smuggling operation to reach the Australian coast in almost four years, Home Affairs Minister Peter Dutton says.

Queensland Police said they had caught 12 people after the boat ran aground off Cape Kimberley, near the Daintree River, on Sunday and were on the hunt for two more individuals, believed to be the ship's captain and first mate. Some of the boat arrivals were found by police in Queensland.
SBS News

"It's very difficult terrain out there, I'd hate to be staying out there for a second night," Northern Region Assistant Commissioner Paul Taylor told reporters.

"There's enough people up there that know what's going on so I'm sure people will contact us."

Despite confusion over whether the group who fled the boat were asylum seekers or illegal fishers, Mr Dutton said it was clear the vessel was part of a people-smuggling operation.

"Australia, we believe, has received the first vessel - the first people-smuggling venture - in over 1400 days," Mr Dutton told reporters on the Gold Coast on Monday. "The vessel arrived off the Daintree in far north Queensland and obviously those matters are under investigation."

Locals raised the alarm when they saw a large group of people fleeing the crippled vessel and making the risky swim to a nearby beach where some vanished into mangroves infested with saltwater crocs.

Mr Dutton said those detained will be "deported from our country at the first available opportunity", adding the boat's arrival showed people smuggling remains a concern for officials. "The arrival of this boat should be a very clear and timely message that people smugglers will seek to put people on to boats, to take money from innocent men, women and children and to send them to our country," he said.

One Nation leader Pauline Hanson suggested those on the boat may have headed for Australia as a result of last week's leadership crisis in Canberra.

"Because the eye was off the ball last week, and the news would have happened that Malcolm Turnbull was no longer prime minister, that these people would have got on a boat to come across to Australia," she told the Seven Network on Monday. 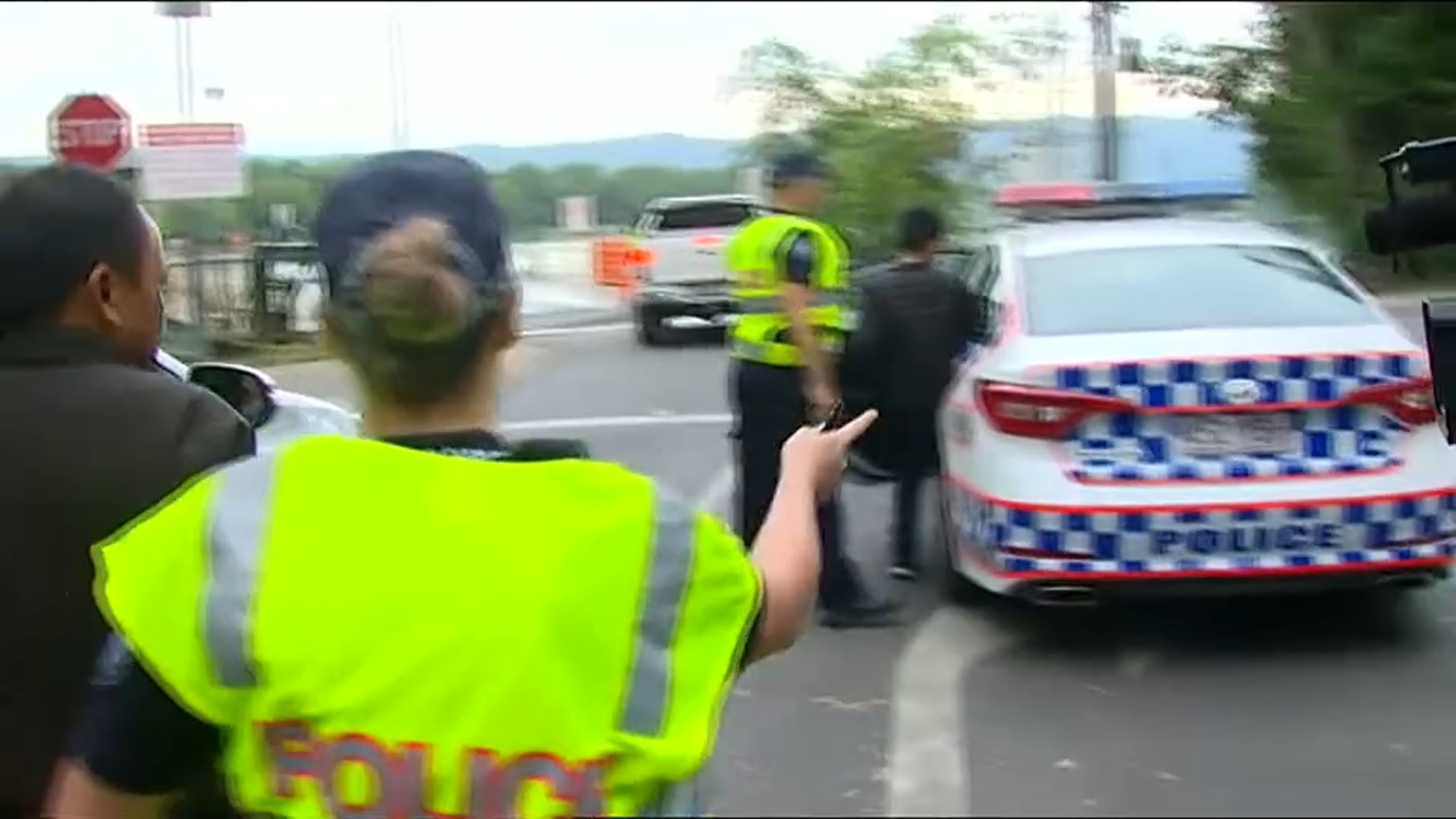 Federal Member for Leichhardt Warren Entsch, whose electorate covers the area where the boat arrived, dismissed the speculation and instead said he believed the crew were illegally fishing in the area when they ran into trouble.

"The boat was sinking when they got there, I suspect it was more about trying to save their lives," Mr Entsch said.

It’s not unusual for Vietnamese asylum seekers to target a remote part of the Australian Coast. It’s relatively easy to do; but most don’t get far once landed due to the hostility and are soon detained or give themselves up quickly. Their asylum claims fail in the majority.

Queensland police are guarding checkpoints at the Daintree River ferry, the only major route out of the area.

Concerns for those still missing are largely focused on the region's large saltwater crocodile population.

"We have thriving croc spotting operations all up and down the river," Douglas Shire Mayor Julia Leu told AAP on Monday. A man is arrested by Queensland Police.

"... most don't get far once landed due to the hostility and are soon detained or give themselves up quickly. Their asylum claims fail in the majority," he wrote.

The Feed 41 mins ago