Local fisherman who rescued two Vietnamese migrants near the Daintree River offered them a beer before handing them over to authorities.

Two Vietnamese migrants who landed in far north Queensland this week were given a particularly Australian welcome after being rescued by local fisherman on Monday.

When Barry Preston and Justin Ward found the two men in mangroves near the Daintree River they offered them a beer and took them crabbing.

"When they got in the boat ... there was a croc on the bank and we pointed it out and they said 'oh geez'. It [was] probably a 14-footer," Mr Preston told the Cairns Post. 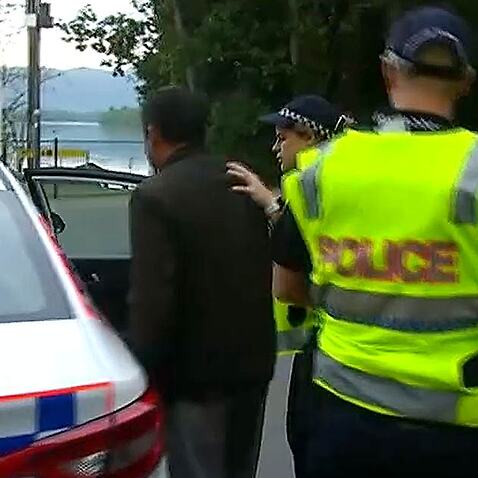 "Lucky they didn't make a dash for it."

"We gave them a ride up the river and had a few laughs. Got them to help us to pull in a few crab pots," he told the network.

We gave them a ride up the river and had a few laughs.

He said the pair "were taking photos and taking selfies".

"I wasn't exactly sure what we were all talking about all the time but everyone was laughing."

But after the laughs, the fisherman told the men the sad news - they would have to hand them in to the authorities. 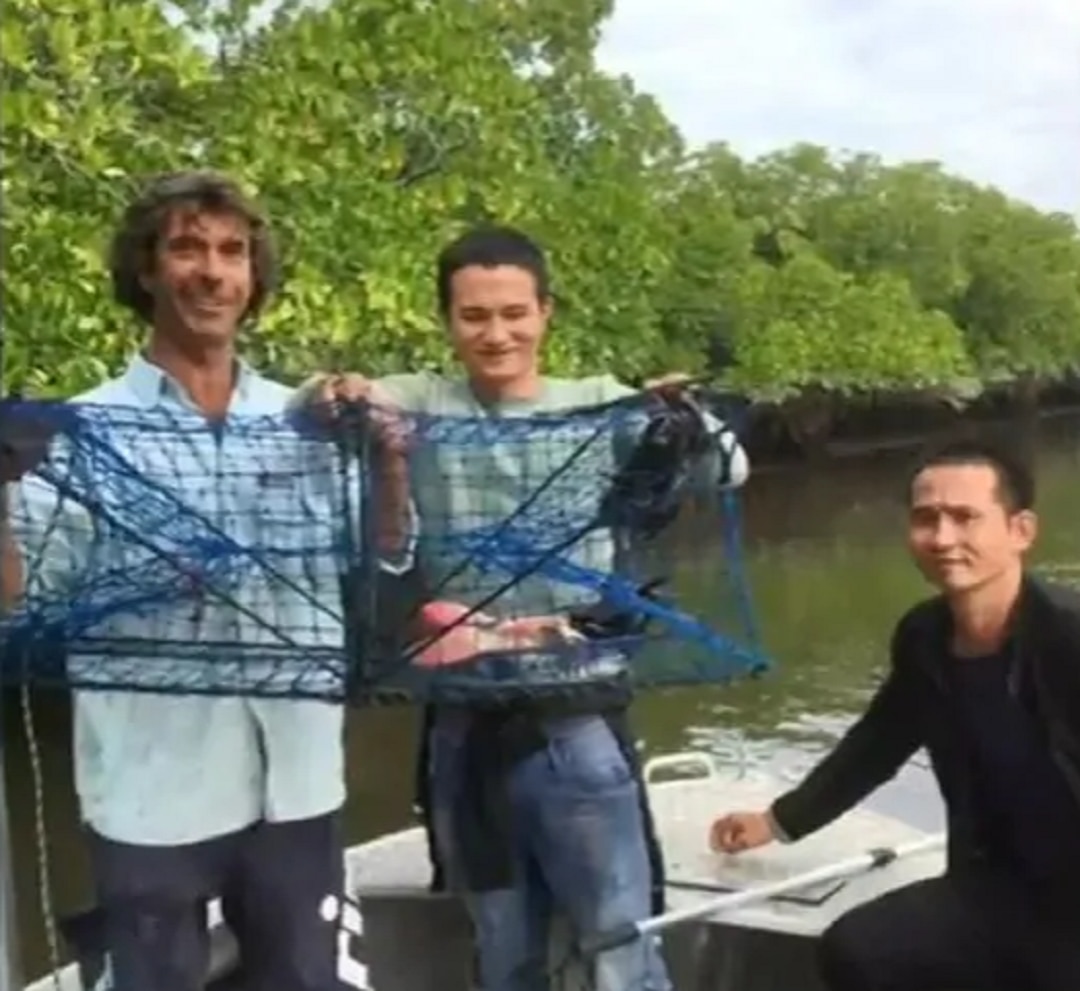 The group brings in some crab pots.
Channel 9

A boat carrying the migrants is understood to have come from Vietnam before running aground off Cape Kimberley, near the Daintree River, on Sunday.

Locals raised the alarm after witnessing a large group of people fleeing the sinking vessel and swimming to a nearby beach.

It's unclear whether the group who fled the boat were asylum seekers or illegal fishers, but Home Affairs Minister Peter Dutton said it was the first time in almost four years a people smuggling boat had made it to Australian shores. 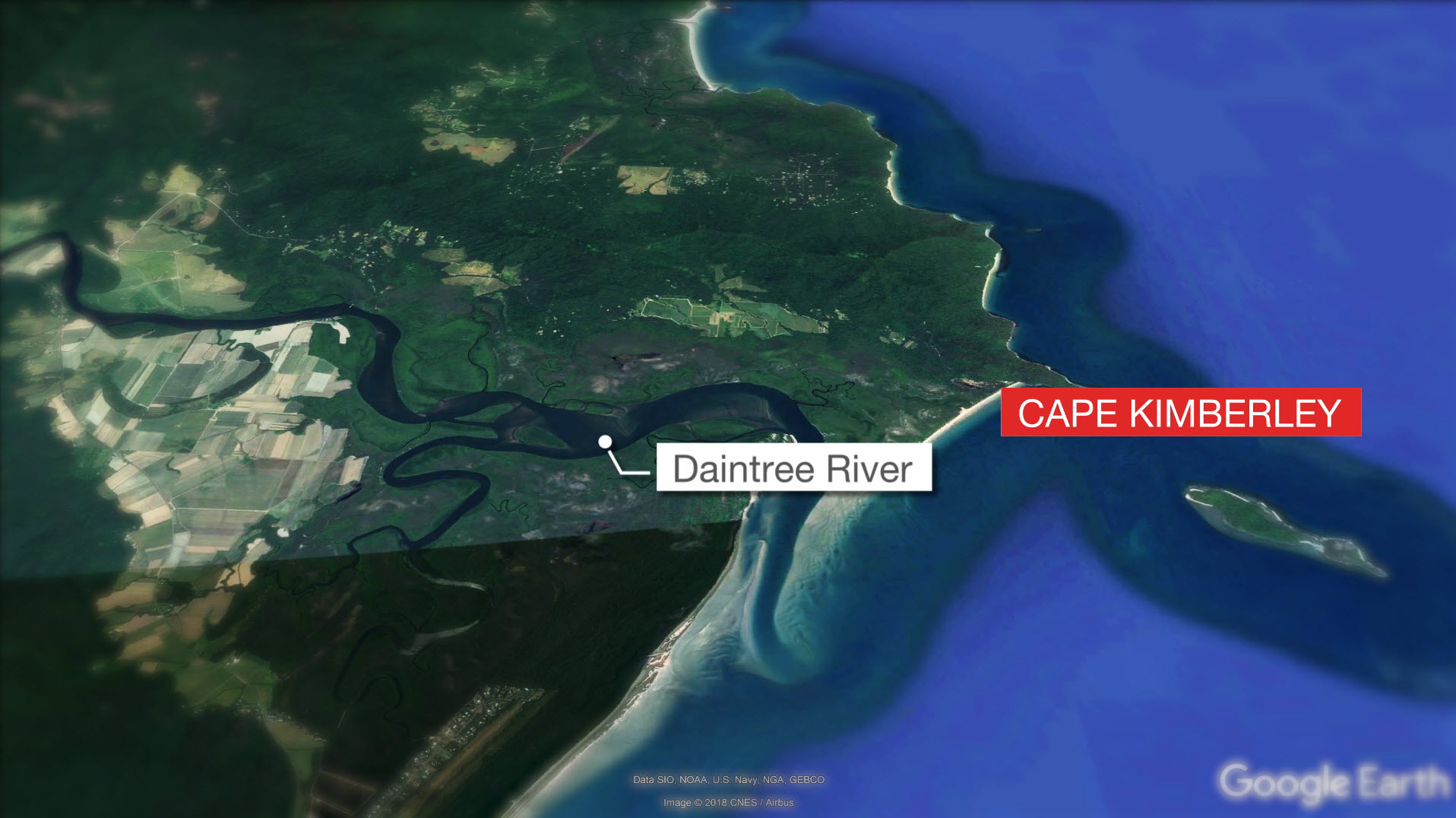 "Australia, we believe, has received the first vessel - the first people-smuggling venture - in over 1400 days," Mr Dutton told reporters on the Gold Coast on Monday.

"Clearly there's been a problem that's taken place in relation to the surveillance of this vessel," he told reporters on Monday.

Queensland police said they had detained 12 people by Monday evening and were looking for a further two people, believed to be the ship's captain and first mate.

"It's very difficult terrain out there, I'd hate to be staying out there for a second night," Northern Region Assistant Commissioner Paul Taylor told reporters.

"There's enough people up there that know what's going on so I'm sure people will contact us."

Vietnamese fishing boats have been illegally fishing in fleets off the FNQ coast for the last two years, sometimes in Oz waters, due to own depleted stocks. Possible the Daintree vessel & crew have used this activity as a staging point to make Oz landfall & avoid returning to VN

Mr Dutton said those detained will be "deported from our country at the first available opportunity", adding the boat's arrival showed people smuggling remains a concern for officials.

One Nation leader Pauline Hanson suggested those on the boat may have headed for Australia as a result of last week's leadership crisis in Canberra.

"Because the eye was off the ball last week, and the news would have happened that Malcolm Turnbull was no longer prime minister, that these people would have got on a boat to come across to Australia," she told the Seven Network on Monday.