Twenty two people have been hospitalised in Queensland after suffering stings attributed to Irukandji jellyfish this season, authorities say.

Twenty-two people have been taken to hospital with suspected Irukandji stings in Queensland so far this season.

That's more than double the 10-year average, according to the Australian Marine Stinger Advisory Service.

The potentially deadly jellyfish are typically found in high numbers in tropical waters towards the north of the state but warm water following heavy rainfall is luring them further south. 'Never seen anything like this': Thousands stung by bluebottles in Queensland

AMSAS director Lisa Gershwin said it was "shaping up to be a pretty bad year".

"You can't really say there is a hot spot this year -- they (Irukandji) have been up and down the coast," she said.

Authorities along the Queensland coastline also have warned swimmers to beware of the more common bluebottle jellyfish which have washed ashore in record numbers. 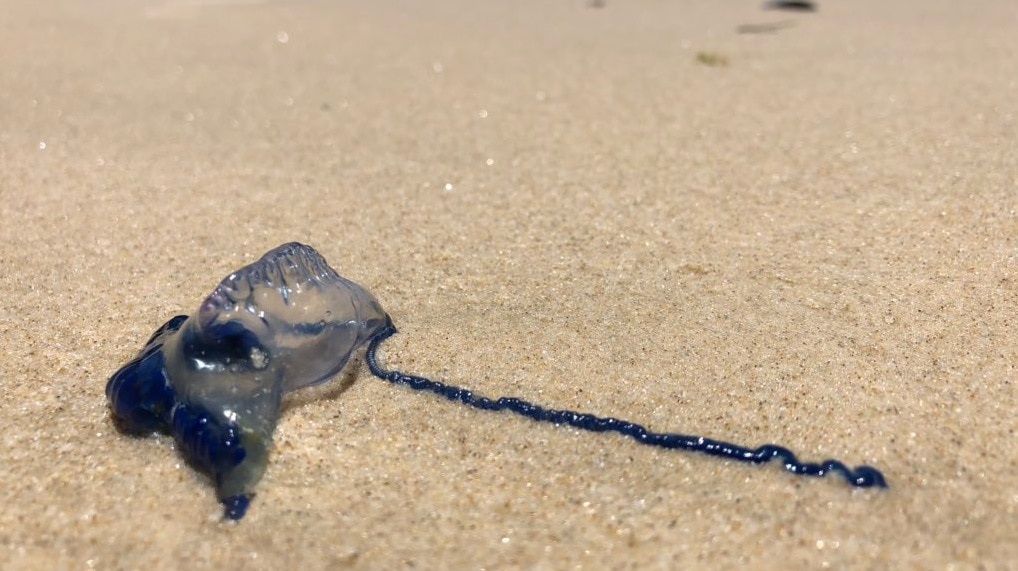 More than 2500 people have been treated for bluebottle stings on the Gold and Sunshine coasts in Queensland.
Twitter/@QldAmbulance

Across Queensland, but mostly in the southeast, 22,282 people sought treatment for bluebottle stings between December 1 and January 7, compared to 6831 in the same period last year.

On Monday, 526 people were treated for bluebottle stings.

Lifesavers warn the bluebottle conditions will continue for several days.