As a university student in Myanmar, JN Joniad was forced to flee into exile. Now living as a refugee in Indonesia, he publishes accounts of refugees searching for safety. JN Joniad says COVID-19 has aggravated refugees’ mental health illness in Indonesia.

In May, the UN warned that a major mental health epidemic may emerge as millions are surrounded by death, forced into isolation, and faced with uncertainty over many weeks. "The isolation, the fear, the uncertainty, the economic turmoil -- they all cause, or could cause, psychological distress," said Devora Kestel, director of the Mental Health Department at UN.

We, refugees, have long endured isolation. We are separated from our families and have been living at the margin of society for many long years, with no certainty about our future, no rights to travel, work or study.

Since May, three refugees have tested positive with COVID-19, with three single refugees and one family quarantined in Makassar -- an area in Sulawesi with a high refugee population. We are living in fear of death as we are denied national health care services in Indonesia.

“The lockdown took an enormous toll on refugees living in crowded refugee shelters with pre-existing mental health conditions. Over the years of living in limbo, many have developed mental disorders such as sleep difficulty, emotionally depressed, short of temper due to stress, increased negative thoughts and self-harming,” said Erfan Dana, a Hazara refugee in Batam. 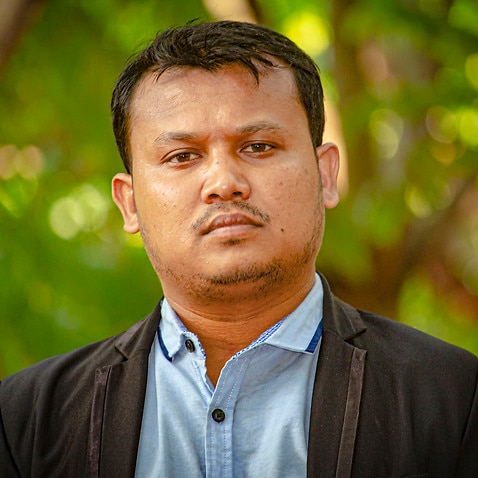 Asif graduated from high school and dreamed of becoming a lawyer. However, due to his atheism, he was targeted by both the Taliban and Mullah. Finally, he fled for his life from Afghanistan, a decision that ultimately ended in tragedy in Indonesia.

In 2014, Asif arrived in Indonesia, the critical year when Scott Morrison announced that refugees who arrived in the country after July 1 will not be resettled in Australia. He had since waited for third-country-resettlement but had been trapped in transit, as Australia seems determined to keep refugees marooned in Indonesia as a deterrent for others.

Asif isn’t alone. Abbas Mohammedi, another Hazara refugee who arrived in the same year,  took his own life in Batam in 2018.

“Being away from our family and living as refugees, stateless, in the absence of fundamental rights for several years, we suffer from countless psychological problems because of a vague, dark and unclear future leaves us no hope, which I believe made Asif take his own life,” said his friend, Asif Rizayee, an Afghan refugee in Makassar.

“Most of the refugees that I meet suffer from trauma and depression. Some less fortunate cases are severe symptoms of PTSD. They come from hostile situations with a traumatic past and their experience of leaving their countries. There is the issue of adapting to the environment, the financial issues, and the cultural differences that can leave them feeling alienated and not seeing any hope through the process of asylum,” said Kevin Yau, a psychotherapist, who has been working with refugees in Jakarta since 2018. Since escaping Myanmar, I have spent seven years of my life in what can only be described as an open prison. When I tried to seek refuge in Australia, I was locked up in a hotel room for three months in Jakarta. Then, I was transferred to prison-like detention for nearly two years in Manado, South Sulawesi, Indonesia. When UNHCR interviewed me there, I was so traumatised that I could not even remember my birthday. The detention centre, crowded with nearly 1,000 people, felt like a cave whose giant walls blocked out the sun. I felt claustrophobic and yearned for enough space to lay my head down at night. My only wish was to breathe fresh air and see the sunset. 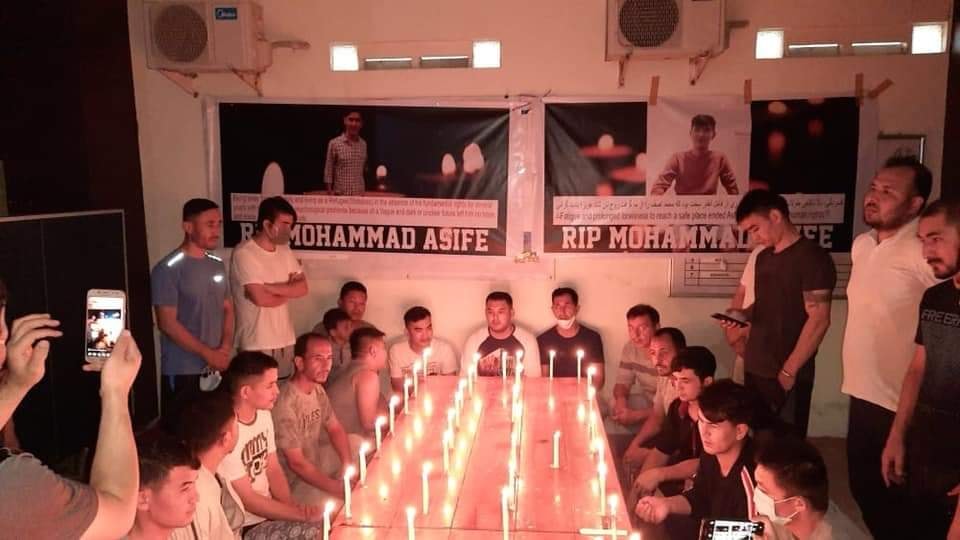 At the end of 2014, I was released into the IOM community in Makassar where I was met with restrictions and rules I had to obey, or be sent back into detention. I lived there for five long years. A curfew was enforced from 10 pm. We could not bring friends to stay over, nor could we visit our friends at night. We could not leave Maskassar without permission, or even attend a political rally outside the shelters. If we needed to go to the market or elsewhere, we had to use public transportation which was deducted from our small allowance. Rules posted at the International Organisation for Migration accomodation in Maskassar while JN Jonaid lived there.
Supplied: JN Jonaid.

The uncertainty of a viable solution has been exacerbated our pre-existing mental health conditions. Nearly 14,000 refugees and asylum seekers have been stranded for nearly a decade in Indonesia. We wait for third-country resettlement, but UNHCR said it could take up to 25 years or more if that ever happens. Indonesia has positioned itself only as a transit country for refugees and refused to sign the UN refugee convention. “UNHCR gives us only two options. They encourage us to return to our countries or remain in limbo with no certainty of our future. I was arrested and imprisoned in a cell for one month and four days in 2019, as I protested for a solution at the UNHCR office. In 2020, as I slept on the street in front of the UNHCR office for a few days, the police beat me which affected the surgery I had on my kidney previously and was hospitalised for 15 days,” said Yousif Ahmed, a Sudanese refugee who has spent the last seven years in IOMs accommodation.

Md Rahamat, a 37-year-old Rohingya refugee who has spent nearly a decade in Medan in North Sumatra, has been suffering from severe PTSD and depression for years. “Sometimes I think too much about the future that my brain stops functioning normally. Many young unmarried refugees here have lost hair and most of us with hair have become white at a young age. I have witnessed four Rohingya deaths alone in Medan,” he said.

Seras, another Rohingya in Makassar suffering from PTSD, has been locked up in a cell in a mental hospital in Makassar for years. No psychological consultant available has left many of us left to grapple with psychological scars on our own. JN Joniad is a Rohingya asylum seeker reporting on the coronavirus outbreak in Indonesia.
Supplied

In 2013,  Prime Minister Rudd announced that refugees who had arrived by boat after July 2013 will never be resettled in Australia. However, there have been refugees who arrived before this policy was made from 2009 to  2012. “We were not sure we would die in the sea if we had taken a boat to Australia, but we are now sure most of us will die slowly here suffering from mentality,” said Yousif Ahmed.

How many lives it will take for Australia to realise our suffering?

As we succumb to mental disorders, we also develop other kinds of diseases. Many of my friends have unexpectedly died in Indonesia due to a lack of physiological consultation and proper timely treatments. Every year, a refugee has taken their own life.

Adding Asif in the list, since 2013, there have now been eight refugees. Their deaths have not been reported in the media, nor have any agencies taken note of this tragedy. We are now worried about who is going to be next.

“I just want the people in the free world to recognise us human beings. They can imagine being in our shoes by reflecting how hard it was for them to be in lockdown; not being able to see their family, work, go out and enjoy the free life. If they suffer mentally in these five months, what about the refugees who have been living in lockdown for nearly a decade. Our suffering cannot be cured with medicine, we need a solution,” Assodullah Amiri, a Hazara refugee who has spent eight years in IOM confinement in Makassar.

JN Joniad is a Rohingya journalist and an editor of thearchipelago.org writers collective. He is also an associate producer and the star of Freedom Street Documentary.

SBS Dateline asked the Department of Home Affairs what support the government gives asylum seekers in Indonesia who attended to seek refuge in Australia. A spokesperson for the Department responded:

“Since 2000, Australia has funded the International Organisation for Migration (IOM) to deliver services to registered asylum seekers and refugees in Indonesia under the Regional Cooperation Arrangement (RCA). Under the RCA, IOM provides various levels of assistance and care services, including food and basic accommodation, emergency medical assistance, counselling, and an assisted voluntary return program.

The RCA supports irregular migrants in Indonesia while they pursue third-country resettlement, where eligible to do so, rather than attempt the dangerous journey to Australia by boat.

Australia’s border protection policies have stopped the flow of illegal maritime arrivals to Australia and the associated deaths at sea.”