Australia's oldest scientist David Goodall has ended his life at a Swiss clinic at age 104.

Australia's oldest scientist David Goodall has taken his final journey to the strains of Beethoven's last symphony and surrounded by family in Switzerland.

The 104-year-old was forced to travel on a one-way ticket from his home in Western Australia to Switzerland, where he took his own life on Thursday through voluntary euthanasia.

In his final hours, Professor Goodall enjoyed his favourite dinner: fish and chips and cheesecake.

And in his final minutes, Beethoven's Ninth Symphony, best known for its last movement Ode to Joy, was played in line with his wishes. 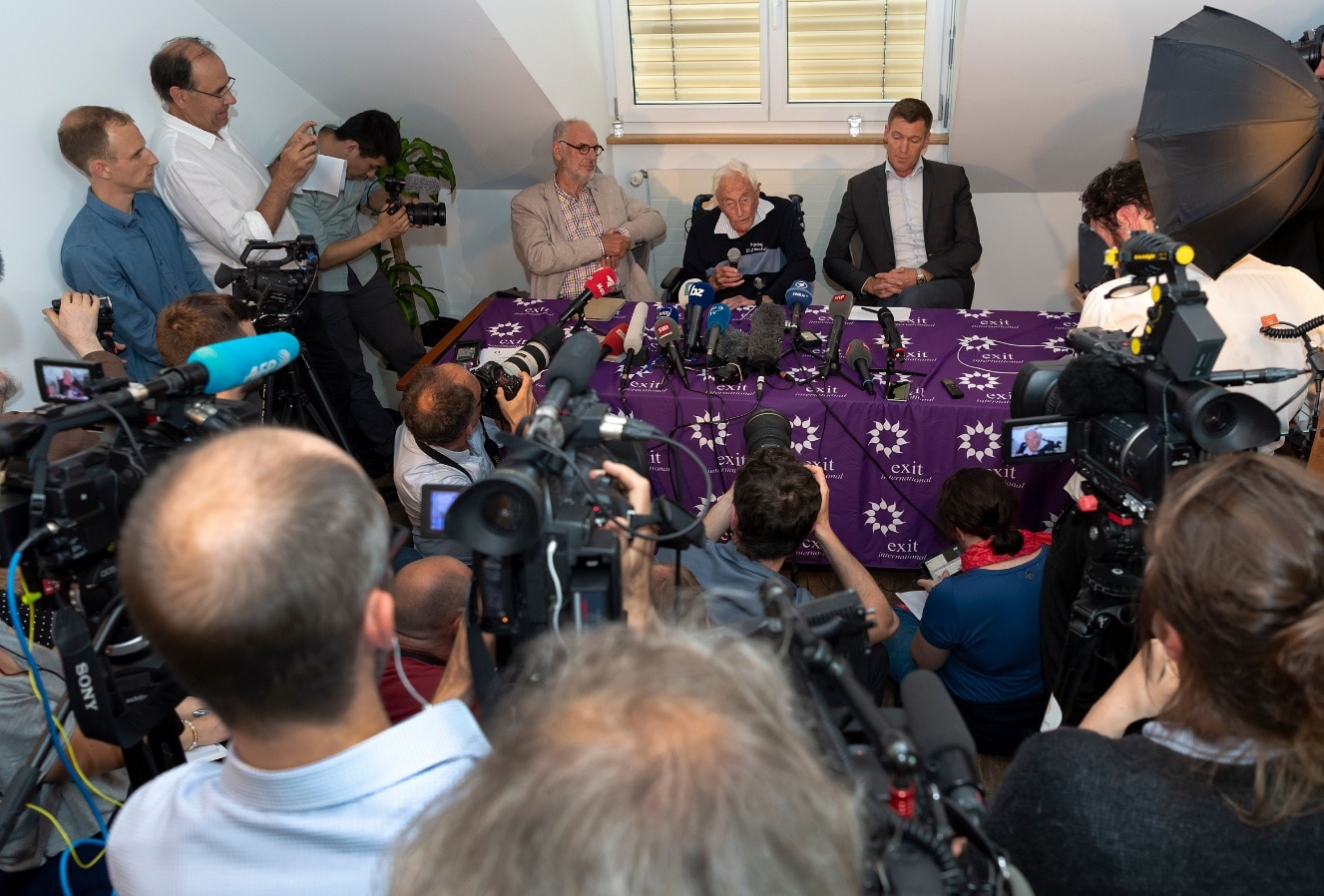 Prof Goodall flew from Perth, where his daughter, son and grandchildren also live, to France last week to see relatives before arriving in Switzerland, where assisted dying is legal.

He spent his final full day exploring the botanic gardens with three of his grandchildren, who said they were proud of his bravery in the face of great public attention and were glad he would die on his own terms. 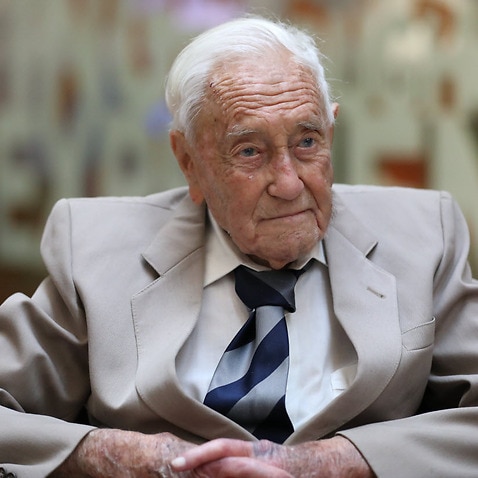 Hours from ending his life, David Goodall says he wanted to die in Australia

At his last press conference on Wednesday, Prof Goodall was in good spirits and sang a few bars of Ode to Joy while wearing a jumper printed with the words "Ageing Disgracefully".

But he said he would have preferred to die in Australia and previously voiced his resentment at the nation's laws, which prevented him from doing so.

"Luckily my family who are in various parts of Europe and America have rallied round and come to see me, and I welcome the opportunity to see them, which I probably wouldn't have had if I hadn't pursued this Swiss option," he told journalists.

He appeared bemused by the public interest.

"At my age, or less than my age, one wants to be free to choose the death when the death is at an appropriate time," Prof Goodall said.

His decision to seek assisted suicide came after his quality of life deteriorated and his eyesight and abilities declined.

"I no longer want to continue life," he said. "I'm happy to have a chance to end it."