A six-year-old Pakistani girl who was found alive after being buried for more than 20 hours after avalanches in Kashmir has died from her injuries.

Army helicopters have flown rescue missions for the third day running in an avalanche-hit area of Pakistani Kashmir as the death toll from the disaster rose to 77.

The latest victim of the avalanches in Neelum Valley, in the Himalayan region disputed by Pakistan and India, was a six-year-old girl, Safia, who died in hospital on Thursday.

Safia had been pulled out alive on Tuesday after being buried for close to 20 hours, doctor Adnan Mehraj said, quoting the child's family. "She had suffered fractures in her skull and orbital bones and left leg and despite our best efforts died of her brain injuries," Mehraj said.

Safia's family were elated when she was found alive, her uncle Naseer Ahmed said, but now relatives were in shock.

Safia was the 19th member of the family to perish in the Neelum Valley avalances.

"I am not in my senses ... we have lost almost everyone in the family from young kids to elderly members," Ahmed said. "We are trying our best to alleviate their sufferings," he said as two helicopters were being loaded with relief supplies, including food and medicine, in Muzaffarabad, the capital of Pakistan-administered Kashmir. 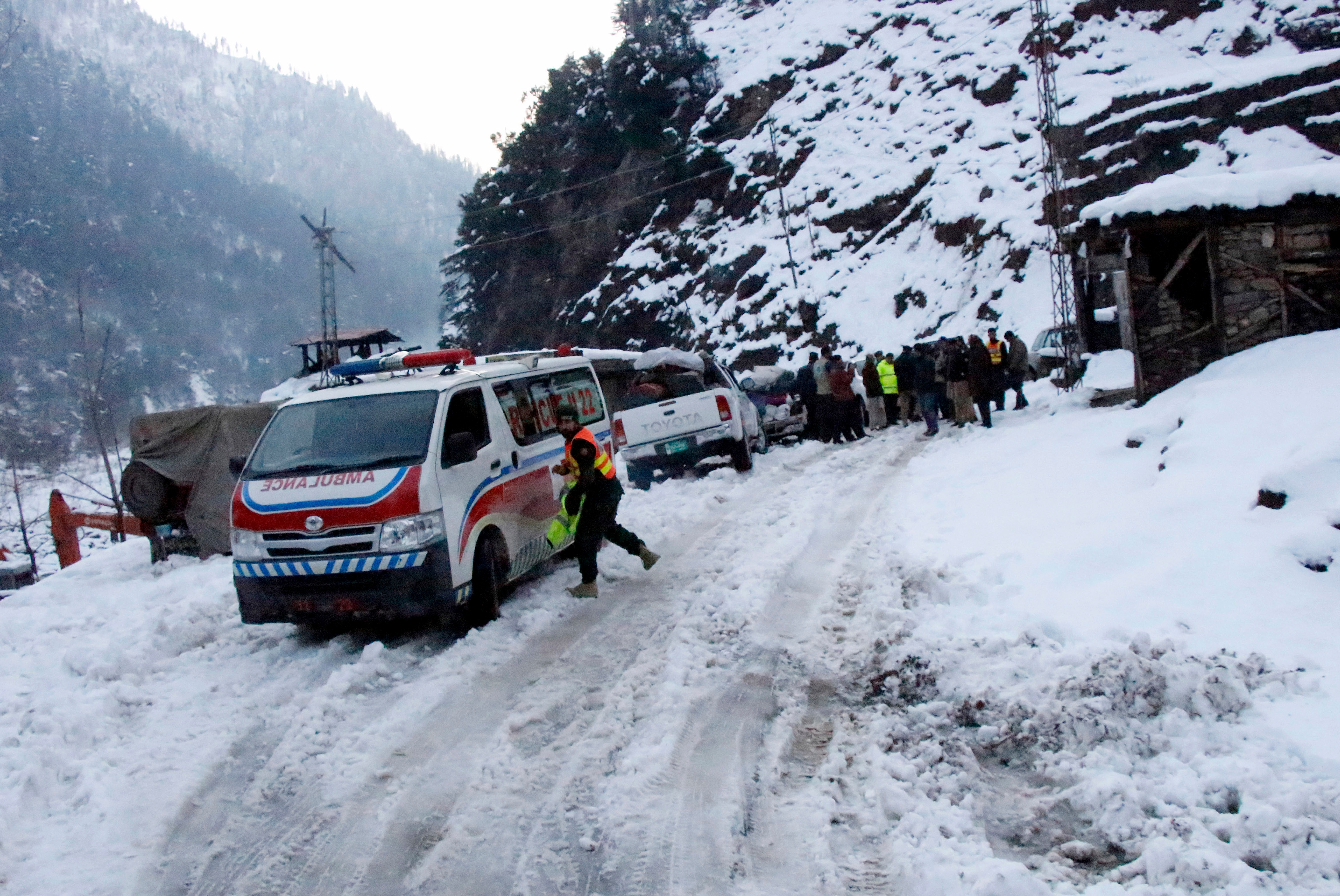 An ambulance, which heading to avalanches hit area, wait for road opening blocked by heavy snowfall, in Keran, in Neelum Valley.
AP

Meanwhile, in a separate area in Pakistan, further north, five members of the Pakistan army were killed when an avalanche hit them as they were carrying out rescue efforts, according to a senior official.

In total, 109 people have died across Pakistan in snow and landslide-related incidents over the last five days, including 20 deaths in the southwest province of Baluchistan.