Journalists and politicians expressed their disbelief after a standard Freedom of Information request from SBS News was met with a cost quote of at least $2,515.

Defence Industry Minister Melissa Price says she was not consulted about a “laughable” response to a routine Freedom of Information Request, which the Department of Defence claimed would take bureaucrats 142 hours to process.

In response to a straightforward request from SBS News for the total cost of the minister’s recent week-long visit to the United Kingdom and France, the Department of Defence claimed it would take departmental officials 45 hours to “search and retrieve” the cost of the trip and a further 97 hours for “decision-making” about what – if any – detail could be released.

Led an Australian delegation for an update on construction of @navalgroup submarines @ Cherbourg, France. We’ll be partnering to build 12 Attack Class subs back home in a $50b program to deliver lasting jobs & local #defenceindustry opportunities for a generation of #Aussies 🇫🇷🇦🇺 pic.twitter.com/fQSDUmsRRh

The department said the cost to process the application would be at least $2,515 – with no guarantee, any documents - or detail - would be released.

“The department arrived at the FOI cost estimate on its own and my office was not consulted," Ms Price said in a statement to SBS News.

Turns out it won't take 142 hours (and cost $2,515) to find out the total cost of @Melissa4Durack's trip to Europe (The #FOI request Defence says it can now process without charge within 30 days hasn't changed - it is the same one I originally submitted) #auspol @SBSNews pic.twitter.com/vvVGEHmNLH

“I am more than happy for the costs of my official travel to the UK and Europe last month to be released under normal FOI processes.”

A Defence official later confirmed to SBS News the request will be processed without charge within the 30 day statutory decision period. 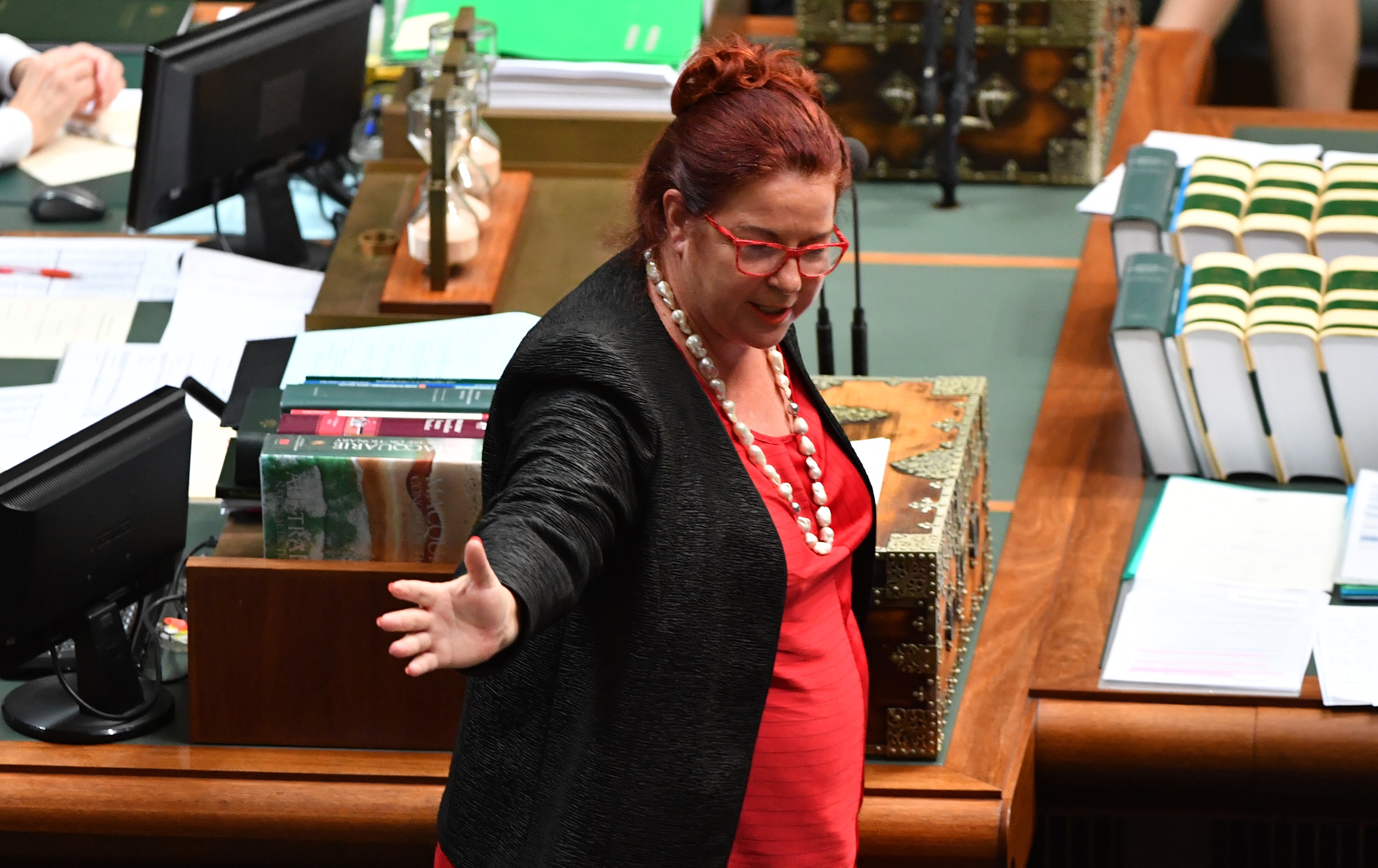 The Department of Defence said the FOI into the minister's travel would cost at least $2,515 – with no guarantee any documents would see the light of day.
AAP

The unusually high time and cost to process the request was condemned by journalists and newspaper editors on social media, who labelled Australia’s Freedom of Information laws "a farce".

Labor MP Brian Mitchell joined the chorus of critics, describing the department's costing as an "outrageous abuse of freedom of information laws".

Outrageous abuse of freedom of information laws. The bureaucrats involved do the Australian Public Service no credit. And if they are doing this in order to politically protect an inept minister, they need to go and re-read their obligations to serve the public interest. https://t.co/WeEVXunetD

“If the issue of access to information wasn’t so serious this would have been funny," Centre Alliance Senator Rex Patrick told SBS News.

“I am glad that the Minister has intervened in this FOI issue because it counts as one of the most ill-considered things that I have seen come out from the Defence Department’s FOI division.”

“Time and time again we are seeing that adult supervision is sorely needed in the Defence Department’s FOI division.”

I made an #FOI request for the cost of @Melissa4Durack’s recent trip to Europe. This was the estimated cost of processing it - 142 hours #FOIFriday #auspol pic.twitter.com/b1eF2KrWIf

97 hours to make a decision on whether to let taxpayers know how much they paid for an MP’s overseas trip? And a $2.5k bill to the media organisation that requested the info.🤔 https://t.co/BOQuhZQdDE

The FOI farce in Australia, laid bare. So much for openness and transparency. https://t.co/gPWZAx9EJq

The FOI system in Australia, when I started in Canberra back in 2008 and Senator John Faulkner was pushing for greater transparency, actually worked quite well. Now it is beyond a joke. https://t.co/cW4HEeoqhV

Journalists shouldn't be financially liable for an ambivalent government department which charges 97 (!) hours of decision-making for an FOI request #auspol https://t.co/U51xjCpQGC

Despite Prime Minister Scott Morrison’s repeated assurances that Ms Price would remain in cabinet as environment minister, she was demoted to defence industry minister in his post-election reshuffle. Environmental policy got a huge boost, so where was the Minister?

“Melissa and I discussed her role and she asked to be given a new challenge and I was pleased to give her one," Mr Morrison told reporters at the time.

But Ms Price said the trip was "extremely valuable and allowed me to lead the largest-ever Australian delegation to an international defence tradeshow".