On International Women’s Day, SBS News looks at some of the defining moments of social change for women around the world.

International Women's Day (Thursday, March 8) is a day celebrated around the world to call for greater gender equality.

This year the theme is #PressForProgress, motivating all to do more to progress parity. SBS News looks at how women's lives changed over the past year, whether through changes to the law, greater representation or moments that captured the world's attention. A girl holds a sign-board as thousands participate in the Women's March on January 20, 2018 in New York City.
AAP

The Harvey Weinstein scandal precipitated the #MeToo movement, with women around the world sharing their stories of being victims of sexual assault. Actress Alyssa Milano pushed the hashtag, founded by activist Tarana Burke, which prompted a global outpouring. This year thousands of women turned up again to the Women’s Marches, a protest movement that began in 2017 following the election of US President Donald Trump. There are many things women are banned from doing in the conservative religious kingdom, but in 2017 Saudi women gained some basic rights that many had spent decades fighting for. In December, King Salman issued a decree allowing women to drive from June 2018. Saudi Arabia to allow women to drive in historic decision

Female sports fans were also allowed into stadiums for the first time, and in January 300 women poured into a stadium in Jeddah to watch a football match. More recently, the Islamic country allowed women to join the military, albeit with some restrictions. Many Saudis see these changes as a sign of shifting sands. 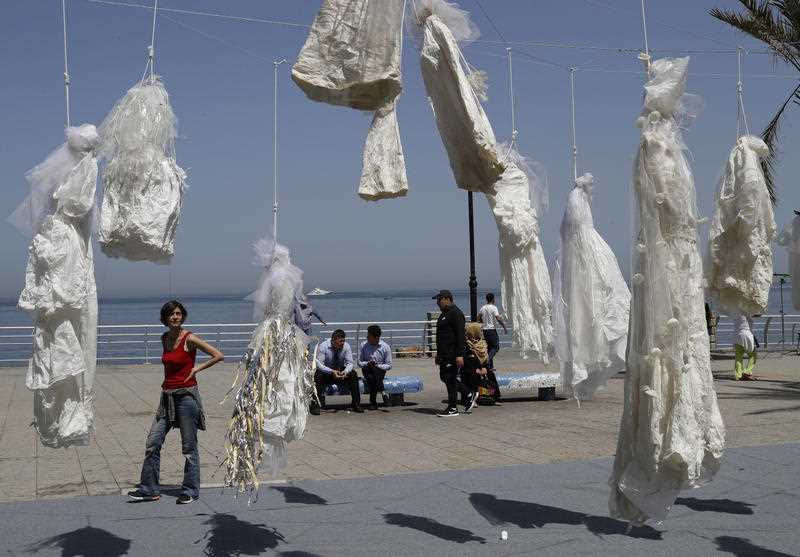 A Beirut protest against Lebanese laws allowing rapists to be absolved of his crime if he marries his victim.
AAP

Tunisia revoked a law in July last year which allowed men accused of rape to escape criminal prosecution if they married their victims. Jordan followed suit, and just two weeks later, so did Lebanon. It was a significant victory for the female activists who had been seeking the abolition of the “Marry-Your-Rapist” law for years. The United Nations applauded them after the law changes in the three Middle Eastern countries.

“To punish a rape victim by making her marry the perpetrator of a horrible crime against her – there is no place in today's world for such hideous laws,” UN High Commissioner for Human Rights Zeid Ra'ad Al Hussein said in a statement.

But there is still more to be done. For example, Lebanon still allows those accused of raping a minor to escape punishment if they marry their victim, and marital rape is legal. Girls pose for a photo during a march in favor of a bill backed by Chile's President Michelle Bachelet, to legalize abortions in three situations.
AAP

Chile has long been considered as having one of the most restrictive abortion policies in the world. Since 1989 it has been illegal in every circumstance. However last year, Chile’s constitutional court approved a bill to ease restrictions on abortions - such as when a women’s life is in danger, if she has been raped, or if a foetus will not survive. According to Human Rights Watch, unsafe terminations account for an estimated 25 per cent of maternal mortality, while an estimated 160,000 abortions occur every year. Polls showed majority support for the laws and around 70 per cent backed the legislative change. Instead of reciting their body measurements, the contestants at Peru’s Miss Universe pageant made worldwide headlines when they relayed statistics on the extent of violence against women in their country. Some of those statistics revealed how more than 70 per cent of Peruvian women were sexually harassed on the street, and how a sexually exploited girl dies every 10 minutes. The organisers of the pageant said at least five of the 150 contestants were victims themselves, including having been raped, and the protest was about raising awareness of gender-based violence in the country. Activists during a protest against "Triple Talaq", a divorce practice prevalent among Muslims in New Delhi, India.
AAP

India could soon be on its way to outlawing a practice that allows Muslim men to divorce their wives by saying “divorce” three times. The country’s Supreme Court first suspended the practice in August and shortly after, draft laws making it illegal passed the lower house. It still needs approval from another parliamentary chamber. This came after decades of campaigning by Muslim women group’s fighting for equality. 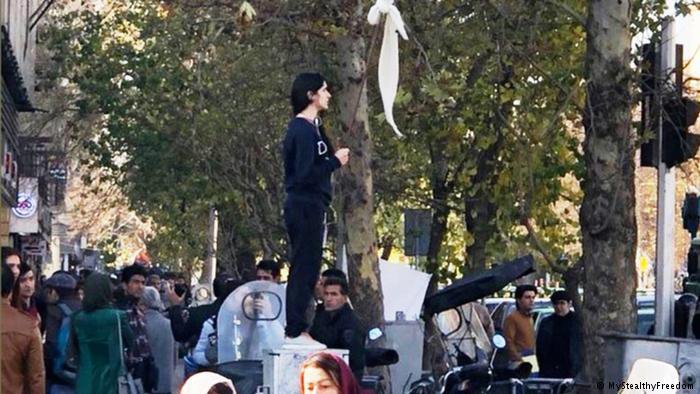 Women across Iran have been protesting the country’s compulsory head-covering law by removing and displaying their hijabs in public places. Images on social media earlier this year showed Iranian women with uncovered heads on the street protesting by holding their headscarves on sticks and standing on elevated posts. The pictures were accompanied by the hashtag #GirlsOfRevolutionSt after one protester, Vida Mohaved (pictured), was arrested for removing her hijab in public and waving it near a busy road. At least 29 women have been arrested across the country for protesting the laws. Despite living in one of the most difficult countries in the world for women, some ground-breaking achievements have been made by pioneering Afghan women. In May last year, the first TV channel dedicated entirely to women began broadcasting, with many of the female staff risking their lives for the pursuit. It signalled a major shift in a country where representation of women has for years been virtually non-existent.

Late last year, a group of teenage girls made global headlines after being denied visas to the US, where they were due to compete in a robotics competition. The ban was overturned after global media attention, and they went on to win a medal for achievement. Later, they won top prize in a European championship. The girls were lauded for showing the world what Afghan women could achieve if given educational opportunity. This is in a country where an estimated 83 per cent of Afghan women are illiterate and a third marries before turning 18. Prime Minister Jacinda Ardern’s announcement that she will give birth in office has been hailed as a major moment for women’s rights. For many contemplating the possibility of juggling a career and a baby, there was no greater representation than from the leader of a nation. For others, Ms Ardern has also showed that women can negotiate coalition deals, attend high-level meetings with world leaders and grapple with forming a new government while pregnant. One of her predecessors, former New Zealand Prime Minister Helen Clark, welcomed the news and said, “Every woman should have the choice of combining family and career.” File photo of people looking at the Icelandic parliament the Althing in Reykjavik.
AAP

Icelandic companies now have to prove gender pay parity in what is believed to be the first move of its kind. Under laws that came into effect this year, firms have to demonstrate they pay men and women fairly otherwise they could face fines.