Bangladesh has been criticised for its ambitious plans to build 29 new coal-fired power stations, but its high commissioner to Australia believes the new projects could be an opportunity for greater trade between the two nations.

Bangladesh’s high commissioner to Australia has urged the Australian government to consider new trade opportunities with the country, including the potential to supply it with 80 million tonnes of coal over the next five years.

SBS News is currently in Bangladesh as part of a parliamentary learning tour organised by Save the Children.

Speaking to SBS News ahead of the trip, Mohammad Sufiur Rahman said Bangladesh’s controversial plans to construct 29 new power stations over the next two decades would require a “huge quantum” of coal to power them.

“We’ll have to source it from places, either Indonesia, or Australia, or maybe South Africa,” he said.

Mr Rahman began spruiking the "enormous" export opportunity to the Australian media last year and doubled down on it in his interview with SBS News.

“The quality and calorific value of Australian coal is much better in comparison to other sources,” he said.

Bangladesh has the sixth-highest number of current and proposed coal-powered projects compared to the rest of the world, according to environmental advocacy group Market Forces.

But the nation is also particularly vulnerable to climate change, with fears a projected half a metre sea-level rise by 2050 could leave 11 per cent of the country's landmass underwater and 15 million people displaced.

Bangladesh’s plans to construct 29 new coal-fired power plants throughout the country despite the ecological ramifications have come under fire from environmentalists and local residents. Bangladesh is the world's seventh most vulnerable country to climate change.
SBS News

“We have no room left, according to climate scientists, to expand the fossil fuel industry whatsoever, so we can’t afford to be building new coal power stations … so to be doing that, 29 times, which is what is planned in Bangladesh, is just out of this world.”

Mr Vincent said Bangladesh was being treated as “one of the last refuges” of the coal industry, with Australia eager to find new marketplaces for exporting coal.

'Why we opposed coal'

Rafiqul Islam, a 60-year-old farmer from Sholo Ani village in Dhaka, told SBS News he protested when he heard a coal-burning power plant would be built near his farm.

“We’ve heard that coal has a bad impact. Trees don’t bear fruit, children have health problems. That’s why we opposed coal,” he said. Mr Islam said the state-owned Rural Power Company Limited (RPCL) acquired his land after filing a lawsuit against the villagers. He said the compensation he and others got isn’t adequate.

“They filed cases against us, so we were forced to give them the land. We’re common people. They’re the government. We didn’t have the strength to stop them.”

RPCL has assured local residents that the power station would use gas, not coal, but Mr Islam isn’t convinced, saying he has fears for the mental health of those impacted.

“If this turns out to be a coal plant, then we’ll have no option but to suicide, because our fields and livelihoods will be ruined,” he said. 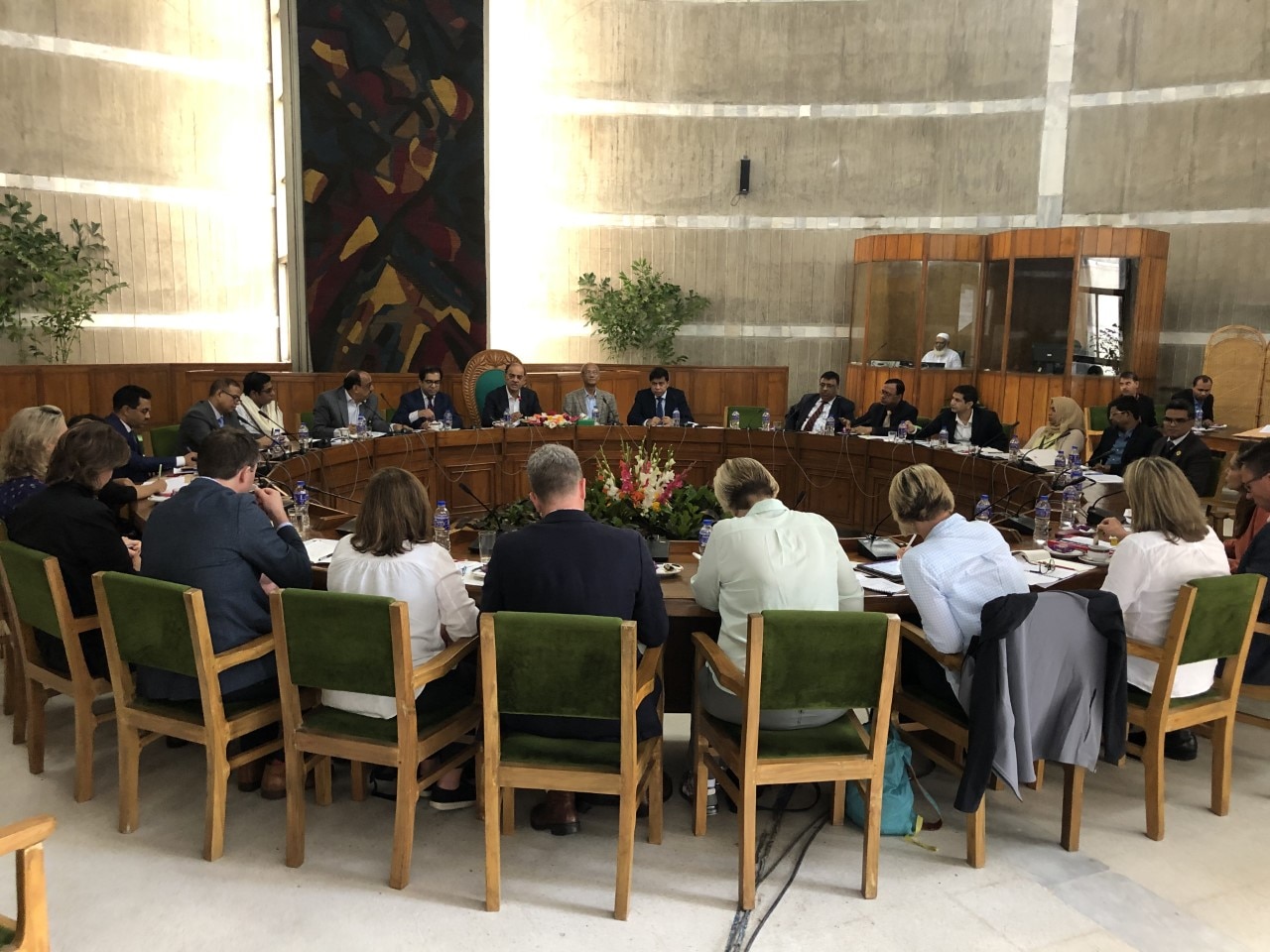 Paying tribute to the victims of the Australian bushfires, members of the Bangladesh parliament’s Foreign Affairs Committee told a group of visiting Australian parliamentarians, including Labor's Home Affairs spokesperson Kristina Keneally, last week that despite the criticisms, climate change is at the centre of every policy decision.

“Everyone in Bangladesh knows that climate change is happening - because we live it every day, whether we like it or not”, Bangladesh MP Kazil Nabil Ahmed said.

“There are no climate change deniers in Bangladesh.” “Technology is great but technology costs money ... and renewables are very, very expensive," he said.

"I think there is room for huge, huge collaboration [between Australia and Bangladesh] on developing more cost-effective alternatives.

“This is starting to happen, but it is not happening fast enough.” 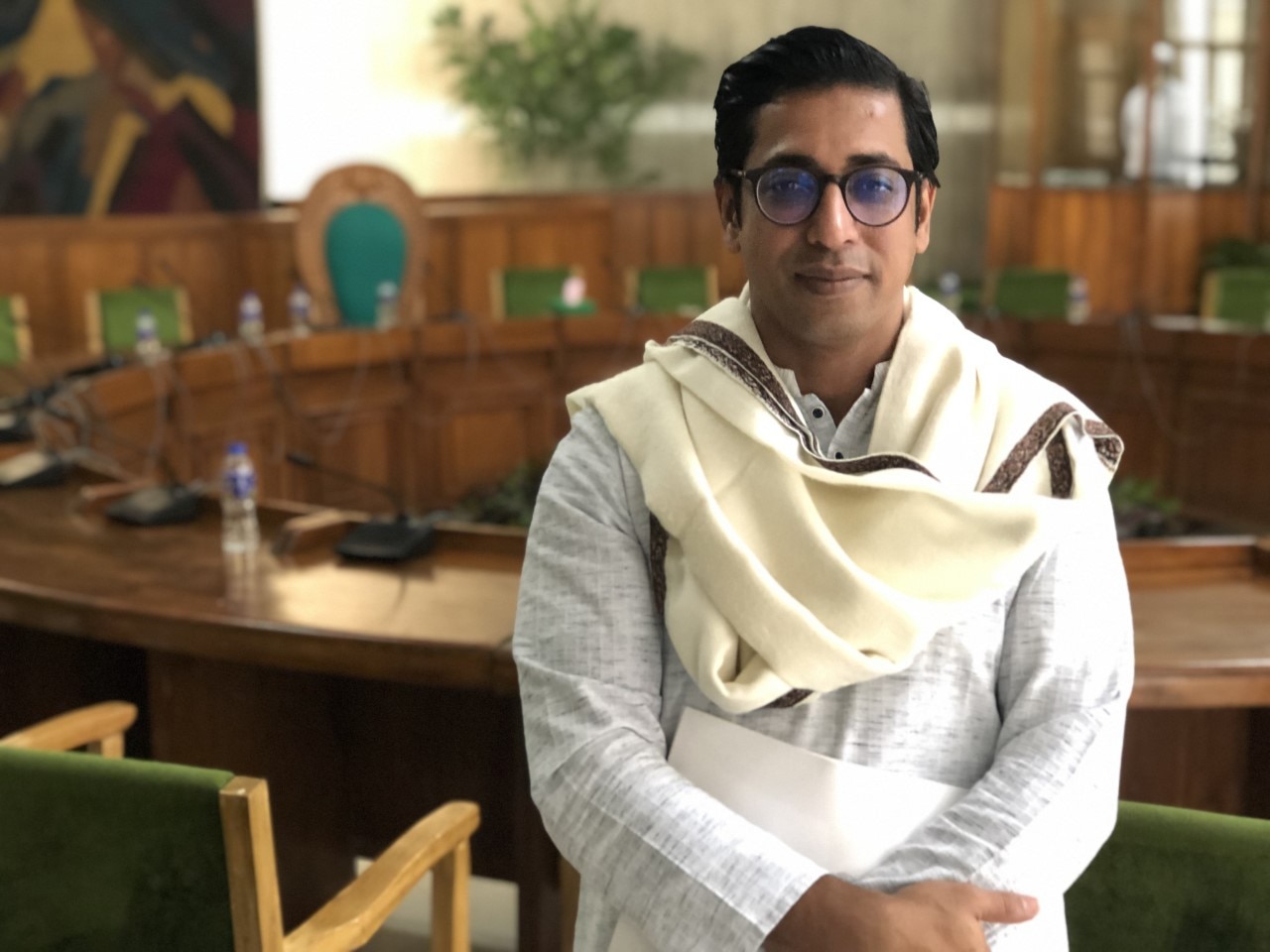 Like Mr Razzaq, high commissioner Mr Rahman is also optimistic that this is an “era of change” for the Indian Ocean region.

“Bangladesh and Australia can exchange many things and try to create the confidence in our own region,” he said.

“I'm not saying that you accept whatever we say, what I demand is that you go and study Bangladesh and make your own judgement.”