The voice behind the 1980s ‘Grim Reaper’ ads warning Australians about AIDS will be used in new TV ads cautioning the nation over immigration.

Entrepreneur Dick Smith is launching a $1 million advertising blitz to convince Australians of the hazards of overpopulation, and why the company tax rate should be drastically hiked.

The ads will start rolling out from tomorrow across TVs and will feature the voice artist behind the 1980s ‘Grim Reaper’ ads warning Australians about AIDS.

“It’s a frightening ad that shows what’s going to happen if we have endless population growth - it’s going to destroy Australia as we know it today,” Mr Smith told ABC radio on Monday.

But the businessman said he was angry at having to spend so much on the anti-immigration ads, saying the money should be going to charities instead of wealthy TV station owners.

He argues politicians have failed to properly take into account the risks associated with immigration, warning Australia risked having a population of 100 million, with 30 million of them “incredibly poor”.

“Every single Australian family has a population plan - they don’t have 20 children, they have the number of children they can give a good life to," he said.

“But our politicians have no equivalent for the country.”

He also wants to raise the company tax rate back to 45 per cent and wants the tax details of the wealthiest publicly released.

“The trickle-down effect is a complete lie, the wealthy become wealthier the poor poorer."

“It’s nothing to do with racism,” he said.

“They buy a house instantly - that basically will mean our children and grandchildren won’t have jobs.”

Dr Emma Campbell, the director of the Federation of Ethnic Communities' Councils of Australia (FECCA), said she had not seen the campaign, which goes to air Tuesday, but was disappointed by the premise.

“I think it is sad someone would draw on an argument of fear and hatred when overwhelmingly we are a country that celebrates migration,” she said.

“These migrants become our aged care workers, they are doctors, IT specialists and contribute hugely to the tax pool… we are a culture enriched by new arrivals and our future depends on them.” 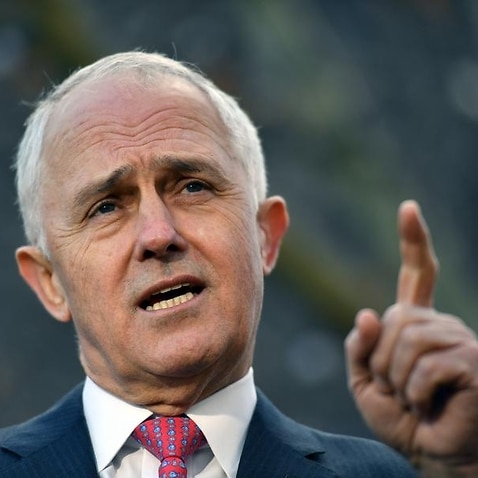