The flying of a Nazi flag on a private property in regional Victoria has been labelled "disgusting" by Premier Daniel Andrews.

Victoria's Premier Daniel Andrews has slammed the display of a Nazi flag in rural Victoria as "absolutely disgusting behaviour", but the local council has no powers to order its removal.

"If there is any decency in that household, they will take down that flag immediately," Mr Andrews said.

"It is completely unacceptable for anybody to be flying what is perhaps the ultimate symbol of hate," he said.

"Nothing justifies that whatsoever," he said. The German city of Dresden has declared a 'Nazi emergency'

Cheryl Lawdorn and her partner have been flying the flag over their Beulah property in the state's northwest for several weeks, because of her German ancestry, she told The Age newspaper, which published photos of the flag.

The flag has a black swastika in the middle on a white background, encircled with Nazi symbol on red backgrounds in each corner.

Victoria Police confirmed it had received complaints and it was seeking legal advice about whether any offence was committed.

In a statement, police said it was working with the local council to resolve the matter and that the investigation was ongoing.

"This is not representative of Council values or the wider Beulah community values."

But the shire's chief executive Jessie Holmes said the council doesn't have any powers to remove the flag.

"We would strongly encourage and work with any statutory authority that does have powers to have the flag removed immediately before it causes additional distress," Ms Holmes said.

"We would hope that the property owners would see the distress caused and remove the flag or replace it with a more appropriate flag such as the authorised German flag," she said. 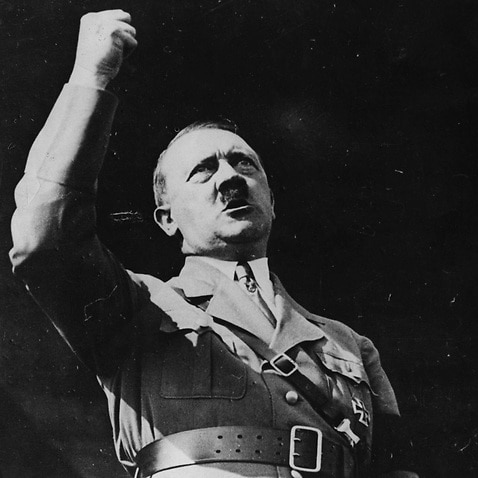 "The Nazi swastika represents racial supremacy and is in reality a symbol of mass genocide. The Victorian Parliament is currently reviewing our state’s anti-vilification laws. My view is that the flag incites hatred and has no place in our modern society," he said on Twitter.

The Nazi swastika represents racial supremacy and is in reality a symbol of mass genocide. The Victorian Parliament is currently reviewing our state’s anti-vilification laws. My view is that the flag incites hatred and has no place in our modern society.https://t.co/OMDwCJWgvN

A Victorian parliamentary committee has been accepting submissions for its anti-vilification laws inquiry and possible extended protection.

“I think we should discuss and we should review how it’s used from time-to-time,” she said.

I don’t think banning it is the answer. Having said that it is entirely offensive and must be challenged. Different countries take different approaches. Germany bans its display but Israel doesn’t . https://t.co/Ry2rW1GA4r

Ms Patten said she was interested to hear more from the home-owner who reportedly has German heritage and has her defended her actions to other media.

“I think you look at the action that that person it undertaking rather than the symbol itself,” Ms Patten said.

The shire said it had unsuccessfully attempted to contact Cheryl Lawdorn and her partner.

The inquiry report into anti-vilification laws will be due in September 2020.