Animal welfare activists go topless to make a "ditch dairy" stand to raise awareness of what they claim is cruelty within the dairy industry.
AAP 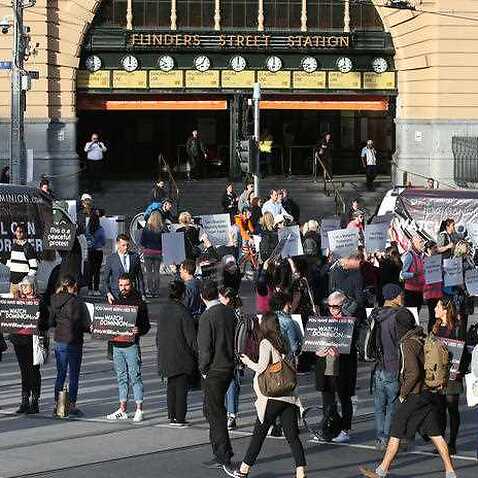