Donald Trump has declared a national emergency to provide more money to fight the coronavirus pandemic.

US President Donald Trump announced a national state of emergency on Friday, freeing up $50 billion in federal funds for the battle against the coronavirus pandemic as he vowed to "vastly" ramp up testing capacity.

"To unleash the full power of the federal government, I'm officially declaring a national emergency," Mr Trump told a news conference on the White House lawn.

"The next eight weeks are critical," he said. "We can learn and we will turn a corner on this virus."

The next eight weeks are critical

Mr Trump called on all US states to set up emergency operation centres and said the government was partnering with the private sector to "vastly increase and accelerate our capacity to test" for the virus, amid criticism about a lack of test kits nationwide.

"I'm also asking every hospital in this country to activate emergency preparedness plan to meet the needs of Americans everywhere," Mr Trump said.

"We'll remove or eliminate every obstacle necessary to deliver our people the care that they need and that they're entitled to. No resource will be spared, nothing whatsoever," he added. 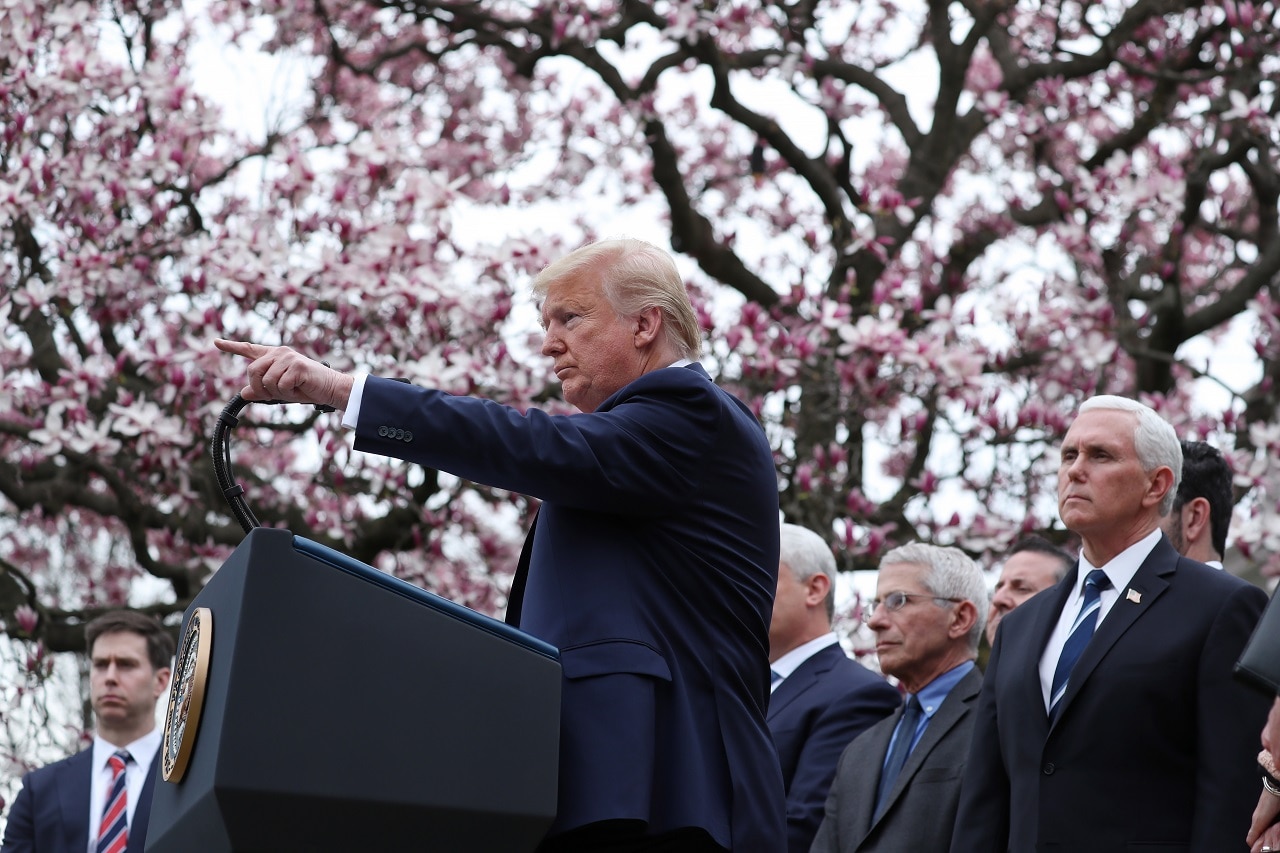 The national emergency would also confer broad new authority on the US health secretary to waive a series of regulations, including on telemedicine or allowing hospitals to bring additional staff on board.

US authorities have come under fire for lagging behind in deploying test kits, which leading health experts have said allowed the virus to spread beyond the country's ability to detect it.

The Trump administration announced earlier Friday it was providing almost $1.3 million in funding to two labs to develop tests that return results in about one hour - DiaSorin Molecular of California and QIAGEN of Maryland.

The US Food and Drug Administration has already given emergency approval to Swiss pharmaceutical giant Roche for a new and much faster coronavirus test.

As a result of the Roche approval, Mr Trump said half a million additional tests were expected to be available "early next week," with details on test locations to be announced Sunday night.

He said he hoped another 1.4 million tests could be available next week, and five million within a month.