The virus has claimed over 140,000 US lives and states such as Florida, California and Texas shatter case records every day. Even so, the Trump administration wants schools open and is resisting a federal mandate to wear masks in public.

As US President Donald Trump pledged the coronavirus was coming under control on Sunday, Florida reported over 12,000 new cases of COVID-19, the fifth day in a row the state has announced over 10,000 new infections.

The virus has claimed over 140,000 US lives total since the pandemic started and Florida, California, Texas and other southern and western states shatter records every day.

Despite record levels of new cases nationwide, the Trump administration is pushing for school to reopen in a few weeks and resisting a federal mandate to wear masks in public.

Mr Trump defended his handling of the coronavirus pandemic in an interview broadcast on Sunday, including a statement that there were only embers of the virus popping up around the country. 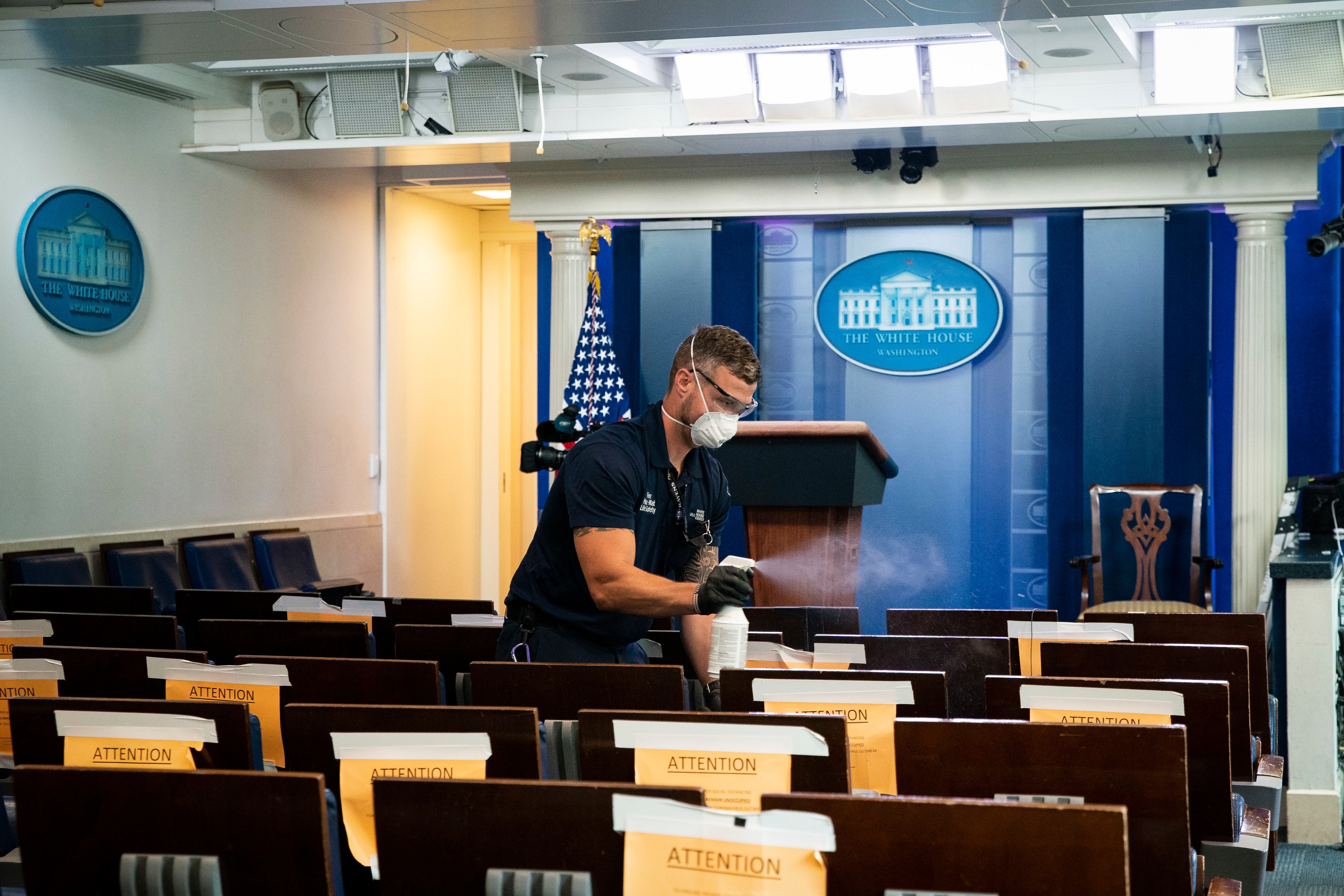 A worker sprays seats with disinfectant before a news conference at the White House.
Sipa USA

The United States, with 3.7 million total cases, has almost as many infections as the next three hardest-hit countries combined, Brazil, India and Russia.

"We have embers and we do have flames. Florida became more flame-like, but it's going to be under control."

Mr Trump on "Fox News Sunday" repeated his assertion that the virus will eventually disappear.

Experts at the Centres for Disease Control and Prevention have warned cases and deaths could rise this autumn and winter. Nearly all 20 forecasting models used by the CDC project rising deaths in the coming weeks. 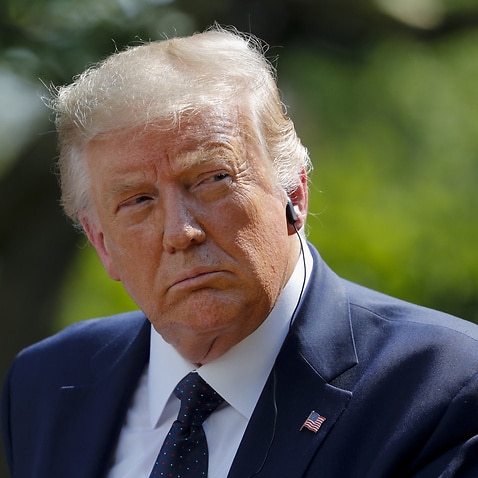 Throughout the United States, every metric to measure the outbreak is going in the wrong direction rising cases, deaths, hospitalisations and positivity rates of test results.

Mr Trump said he did not agree with CDC Director Robert Redfield that this autumn and winter will be one of the most difficult times in American public health, as hospitals deal with the seasonal flu on top of COVID cases.

Dr Fauci has warned that cases could soon top 100,000 a day if Americans do not come together to take steps necessary to halt the spread of the virus.

The country is averaging 60,000 new cases a day and reported a record one-day increase of 77,299 on Thursday.

Testing shortages and delayed results in some states are hampering efforts to curb the outbreak, similar to situations that frustrated state officials and health experts at the start of the pandemic in March and April. Donald Trump says coronavirus will 'disappear'. The US just set a daily record with 50,000 new infections

Dr Francis Collins, director of the National Institutes of Health, said on NBC’s "Meet the Press" on Sunday that people were waiting up to a week to learn if they tested positive.

“The average test delay is too long,” said Dr Collins. “That really undercuts the value of the testing.”

Instead of expanding testing, the Trump administration wants to block $25 billion for states to conduct testing and contact tracing, according to reports in The Washington Post and the New York Times.

The White House declined on Sunday to comment to Reuters on those reports.

The number of COVID tests performed each day has doubled since late May but remains lower than recommended by some health experts.

The United States set a record on Friday with over 850,000 tests performed.