Victoria Police arrested more than a dozen people at an anti-lockdown protest in Melbourne as similar rallies took place across Australia.

At least 15 people have been arrested in Melbourne and at 14 across New South Wales as hundreds of anti-coronavirus lockdown protesters gathered across the country.

Victoria Police said approximately 200 people gathered at Melbourne's Shrine of Remembrance before moving to Albert Park Lake on Saturday. Protesters were calling for an end to the city's Stage 4 restrictions, which include mandatory face masks and a nightly curfew.

A man who punched a police officer was arrested for assaulting police, while the other 14 people were apprehended for breaching directions of the Chief Health Officer. 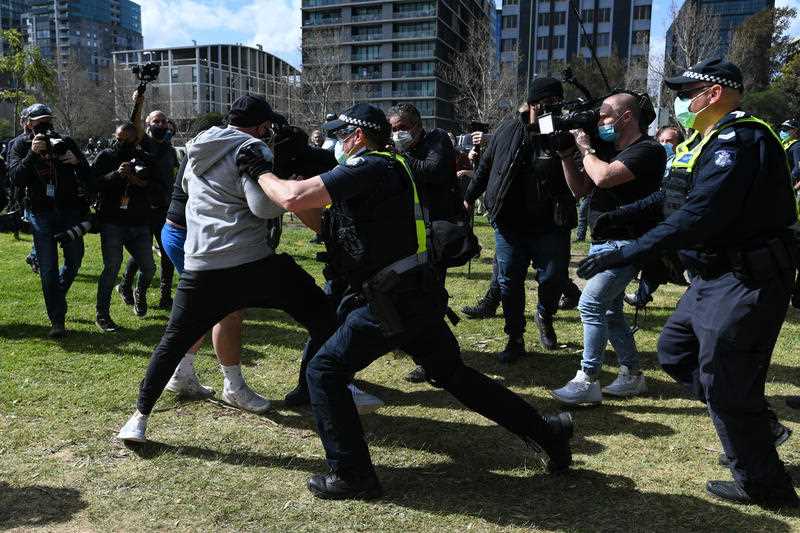 Police scuffle with protesters during an anti-lockdown protest in Melbourne, Saturday, September 5, 2020.
AAP

A Victoria Police spokesperson also said an officer had suffered lacerations to the head after being assaulted at the protest.

"Despite all the warnings, it was disappointing to see individuals turn out to protest in the city today, putting the lives of Victorians at risk," they said in a statement.

"Our investigations into this protest will continue, and we expect to issue further fines once the identity of individuals has been confirmed."

Meanwhile, NSW Police said three protesters were arrested at an unauthorised rally in Sydney's Hyde Park: two men, aged 44 and 54, for allegedly assaulting police, and a 56-year-old woman for failing to comply with a move-on direction. Nineteen people were issued with penalty infringement notices, and a 16-year-old boy was given a youth caution for not complying with a public health order.

Two people were also arrested at a demonstration in Homebush, in Sydney's inner west, after the Hyde Park event was shut down.

A further nine people - seven males and two females - were arrested during another rally held in Byron Bay on the NSW far-north coast.

The nationwide demonstrations followed the earlier arrest of five Victorians in relation to the planned events, including a pregnant Ballarat woman who posted a video of her arrest to social media on Wednesday.

"The tinfoil hat-wearing brigade are alive and well in our community," Assistant Commissioner Luke Cornelius said a week earlier, warning Victorians against attending the protests. 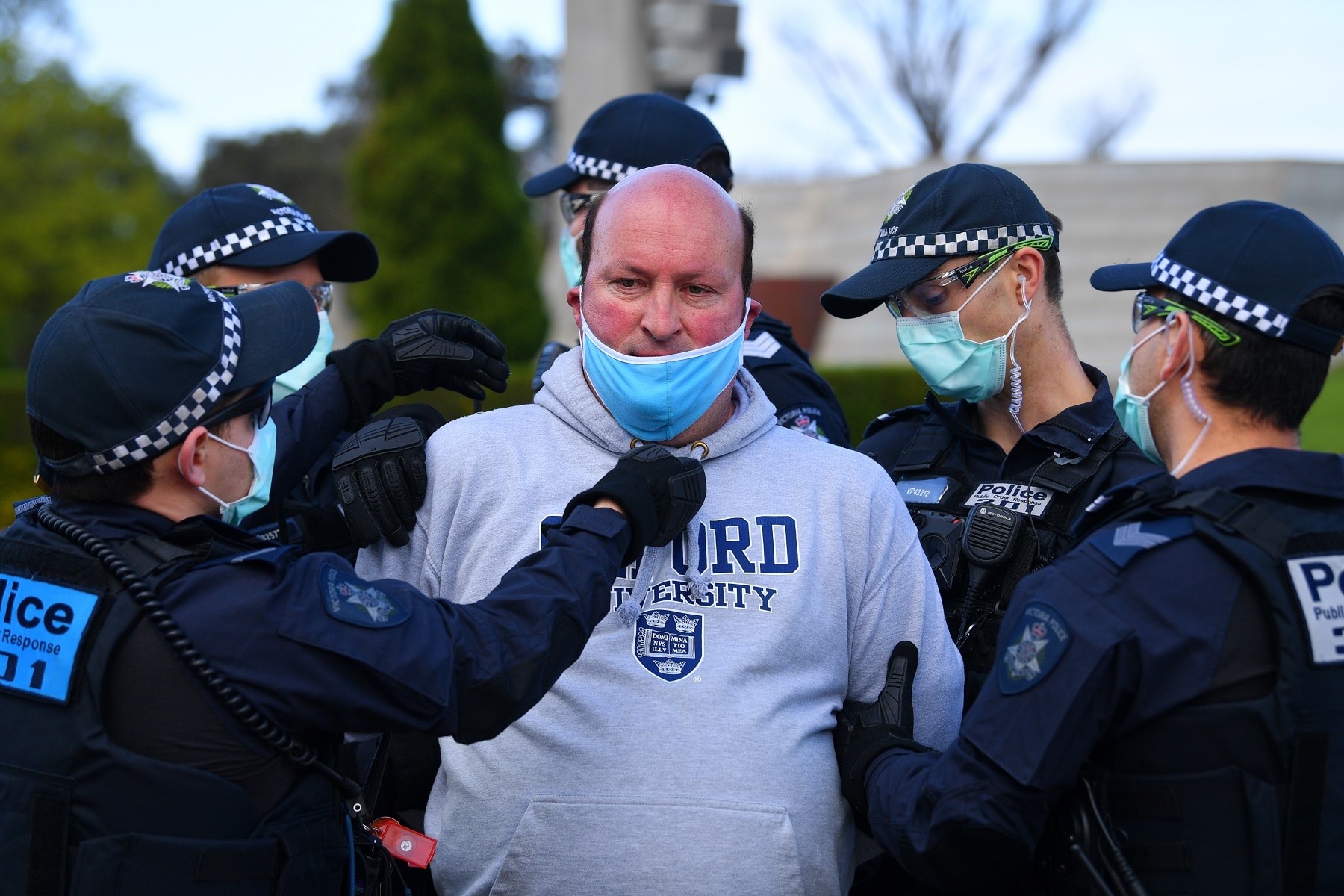 Victoria Police arrest and put a face mask on a protester outside of the Shrine of Remembrance in Melbourne.
AAP

"They're taking every opportunity to leverage the current situation to serve their own ridiculous notions about so-called 'sovereign citizens', about constitutional issues and about how 5G is going to kill your grandkids."

Mr Andrews issued a general message to the protesters, telling them: "It's not smart, it is not safe, it is not lawful, in fact, it's absolutely selfish to be out there protesting".

Mr Andrews will on Sunday announce separate pathways for how and when Melbourne and regional Victoria will come out of respective Stage 4 and 3 lockdowns.