The Australian Federal Police have told SBS there have been at least 25 cases of kidnapping extortion scams targeting Chinese international students living in Australia.

The Australian Federal Police have confirmed they're investigating at least 25 cases of Chinese international students in Australia targeted in an elaborate kidnapping scam.

But the AFP warns there could be even more Australian victims of the international scam which has also been reported in the US and Canada.

“There are certainly at least 25 cases that we are aware of in Australia, however, we are confident there are more – that’s 25 that we are dealing with,” Commander David McLean from the AFP’s Cyber Crime Operations told SBS News.

“The victims are distributed among the major capitals, particularly where we’ve got concentrations of Chinese students.”

The AFP has not released the identities of the victims or details of the cases.

SBS News reported yesterday that the AFP issued a public warning about the scam targeting Chinese international students around the world.

Con artists are targeting Chinese students, pretending to be embassy or consulate officials, and falsely telling them they are implicated in crimes back in China.

The victims are tricked into filming fake hostage videos, which are then sent to their parents with demands of ransom.

“We’ve seen a similar style of scams, as unattractive as they are, over a long period of time in other countries,” Commander McLean said.

“We’re working with law enforcement partners. In this particular case we are talking with INTERPOL and the Minister of Public Security in China.” 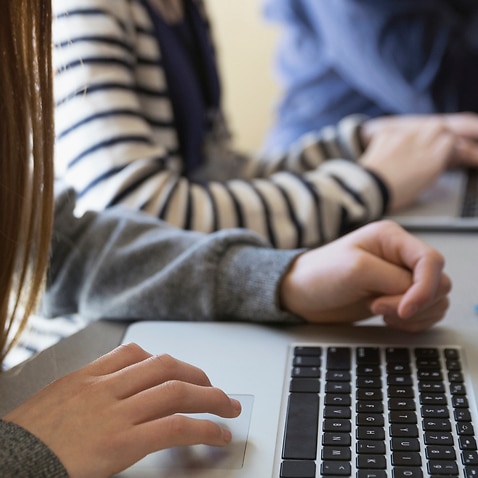 Commander McLean said he is aware of a number of scams targeting the Chinese community in Australia, and the AFP is working to determine whether the con artists are based locally or overseas.

“They are certainly purporting to be Chinese, so we are working with our partners in China, and our task is to identify who these people are, and where they are, and to see if we can bring them to account for what they are involved in,” he said.

“There might be a variety of reasons Chinese international students are being targeted, including the nationality of the fraudsters, but that’s yet to be determined.”

There are more than 230,000 Chinese students living in Australia, and Commander McLean said students must take precautions to protect themselves from such criminals.

“Ethnic groups, vulnerable groups, isolated groups, foreign citizens or students from any ethnicity are potentially vulnerable and have been impacted in the past,” he said.

“Cold calls, threats, or offerings from people who you are not familiar with should be avoided – if you receive an unsolicited call from someone who says they are from the embassy, you should terminate the call and make independent attempts to contact the embassy.”

Students who have received suspicious calls are advised to call police in their jurisdiction, or the AFP directly.

If you think someone is trying to scam you, or you’ve been scammed, the AFP advises to cease all contact with the scammer and contact your local police or consulate immediately.

If you are concerned that your identity has been compromised, contact the national identity and cyber support service (IDCARE) here.