Pablo Escobar's former home has been turned into an exhibition to remind "narco-tourists" of the Medellin Cartel's victims.

The abandoned building where Colombian drug lord Pablo Escobar lived has been turned into a temporary art exhibition to pay tribute to the drug lord’s victims.

Locals have reportedly become exasperated at the number of “narco-tourists" interested in Escobar’s life, 25 years after he was shot dead by police in 1993. The Medellin Cartel’s operations have been the subject of the popular Netflix drama, “Narcos.”

At its height, the Medellin Cartel supplied at least 80 per cent of the United States' cocaine market; as its head, Escobar became one of the world's most wanted criminals. 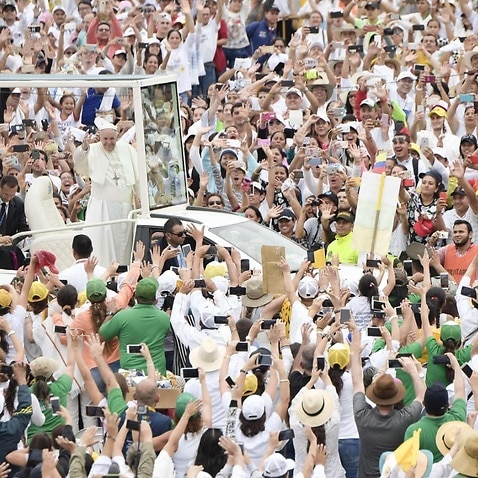 The ‘Edificio Monaco’ was the Cartel leader's family’s home until rivals exploded a car bomb outside in 1988.

Now, the former luxury apartment block in Colombia has been emblazoned with posters with messages to remind visitors of all the victims who suffered under the Medellin Cartel’s rule. It is due to be torn down next year to make way for a permanent memorial park.

Municipal authorities say it’s important to tell the other side of the Medellin Cartel’s story, with Mayor Federico Gutierrez telling reporters that the tourist site had become a "symbol of illegality."

"Now, there are messages that should lead us to reflect," he said.

“Respect our pain, honour our victims (1983-1994). 46,612 fewer lives," reads the message on one of the posters that now greet Medellin's "narco-tourists" flocking to the Monaco apartment block. 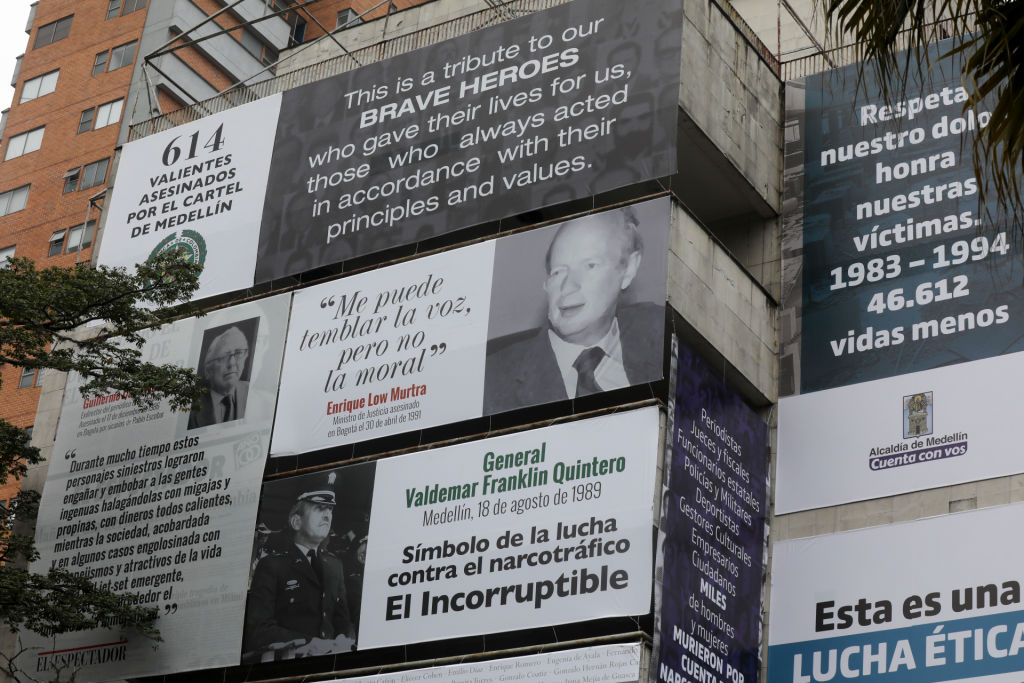 The pictures and references to the victims will stay in place until the building is demolished on February 22, 2019.
JOAQUIN SARMIENTO/AFP/Getty Images

Portraits of slain journalist Guillermo Cano, gunned down in 1986, former presidential candidate Luis Carlos Galan and police chief Valdemar Quintero - both murdered in 1989 - are emblazoned over a message that reads, in English: "It is not fiction, it is reality."

The posters will remain affixed to the building until municipal workers tear it down on February 22.