Researchers say more than 35,000 lives could have been saved if the US had implemented social distancing measures one week earlier, while US President Donald Trump says he would not shut down the US again in a second wave of COVID-19.

More than 35,000 lives would have been saved in the US if social distancing measures had begun just a week earlier than they actually did in mid-March, according to a new estimate by researchers at Columbia University.

They said simulations based on several models showed that 61 per cent of the US cases of infection as of 3 May 3 - more than 700,000 - and 55 per cent of the more than 65,000 recorded deaths could have been averted if social distancing and other safety measures had been in place a week earlier.

These researchers said the simulations illustrate the danger of easing lockdown measures too early, as many experts have noted. All 50 US states have begun to reopen, to one extent or another and with encouragement from President Donald Trump, to try to resurrect economies devastated by business closures and layoffs in the pandemic. Mr Trump says if a second wave of the coronavirus was to hit the nation he would not attempt to shut it down again.

"Whether it's an ember or it's a flame we're going to put it out," he added during a tour of a Ford car plant in in the midwestern state of Michigan. Researchers at Columbia University warned people not to become complacent.

"Efforts to further raise public awareness of the ongoing high transmissibility and explosive growth potential of COVID-19 are still needed at this critical time," the researchers wrote.

"Our results also indicate that without sufficient broader testing and contact tracing capacity, the long lag between infection acquisition and case confirmation masks the rebound and exponential growth of COVID-19 until it is well underway," they said. 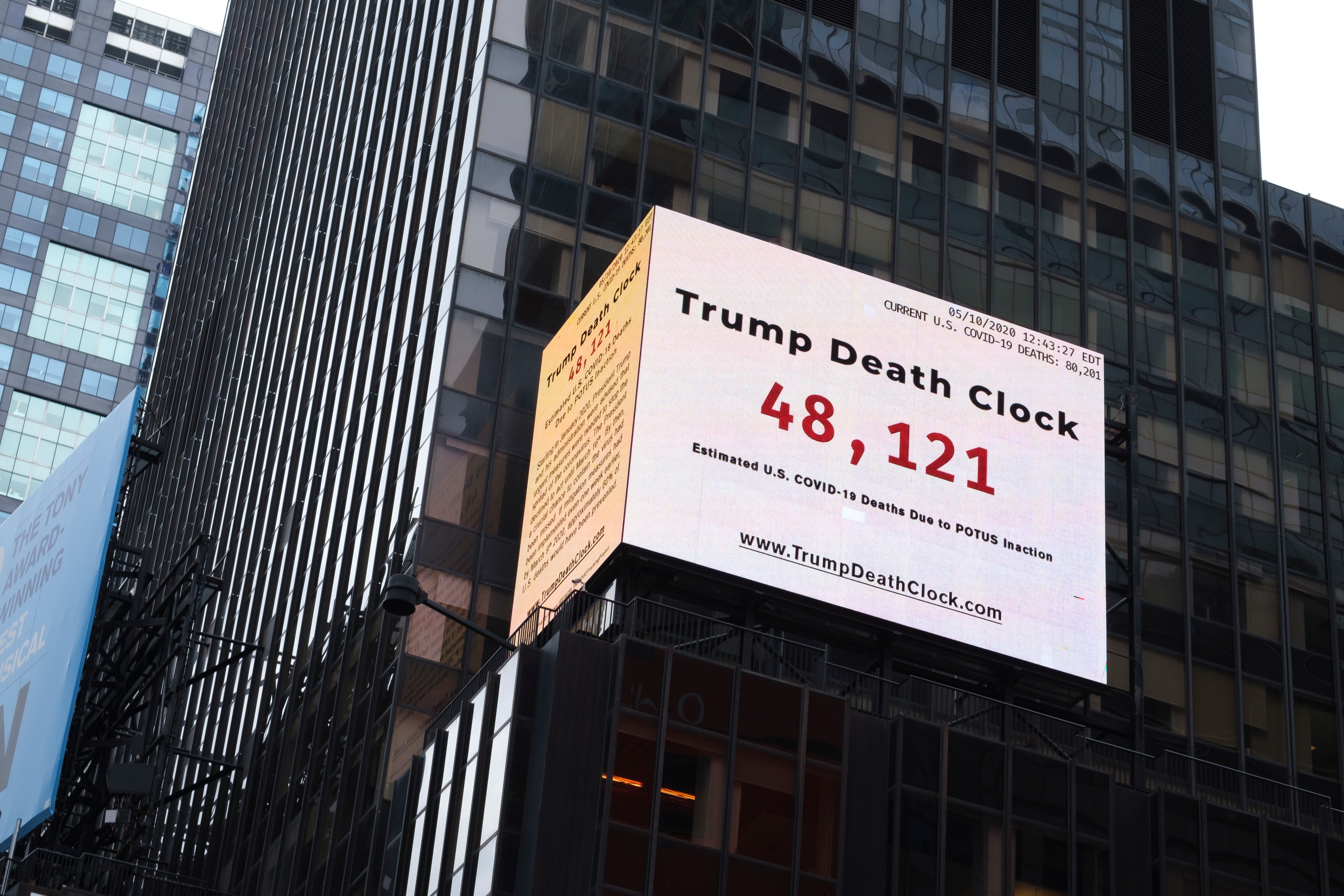 A billboard in Times Square shows the estimated number of people who have died of COVID-19 in the United States since the start of the coronavirus pandemic.
EPA

Ten days ago, a New York documentary filmmaker named Eugene Jarecki set up a billboard in Times Square with what he calls the "Trump Death Clock". It gives the number of deaths that Jarecki says could have been avoided if Mr Trump had encouraged social distancing practices on 9 March, rather than on 16 March.

His figures are higher than those of the Columbia researchers because Jarecki argues that 60 per cent of US deaths could have been averted by acting a week earlier.

The United States is the country hardest hit by the pandemic, with more than 1.5 million cases of infection and more than 93,000 deaths, according to a tally by Johns Hopkins University.