A migrant rescue ship left stranded in the Mediterranean has been compared with the controversial 2001 Tampa affair in Australian waters.

More than 600 migrants stranded on a rescue vessel in the Mediterranean Sea since the weekend have begun their slow journey to the Spanish port of Valencia.

Rescue ship, the Aquarius, has been stopped roughly halfway between Italy and Malta with 629 migrants aboard since Saturday. Both countries have refused to allow the ship into port, but Spain has accepted the mainly sub-Saharan African migrants. 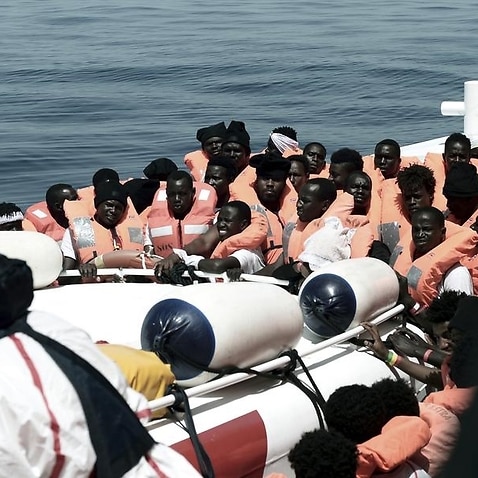 "It seems like a revival of 2001 although there have been lots of similar incidents in between," Professor Briskman, the Margaret Whitlam Chair of Social Work at Western Sydney University, told SBS News.

"What really strikes me here is the way people fleeing terrible situations are treated as human cargo. They're absolutely commodified, they're rejected, they're not welcomed, and nation-states don't really exercise their responsibility." The MV Tampa rescued over 300 refugees in 2001
Wikimedia commons The government viewed it as a "flagrant breach" of the law and dispatched troops to board the ship and prevent it from sailing any closer to Christmas Island. By early September 2001, the Howard government secured agreements with Nauru and New Zealand.

The Royal Australian Navy then took the Tampa’s asylum-seekers to Nauru from where 131 of them were sent to New Zealand, while the remaining 302 were processed on the Micronesian island.

"It was really a turning point for border protection and a whole range of other measures followed," she said.

"Nauru was established, that was the first significant change, and then detention on Manus Island and Papua New Guinea followed." A 2003 photo of some of the children in the refugee camp on Nauru.
AAP

"We've seen a lot of really harsh policies such as turning boats back at sea, sending people offshore, the provision of temporary protection visas only."

"I'd really like to call on governments throughout the world to exercise a response that's built on human security rather than on border security," she said.

"I think it would be a much safer and more human world if that occurs."

Italy's new interior minister Matteo Salvini said his decision not to accept the migrant boat is aimed at forcing other European states to help bear the strain. 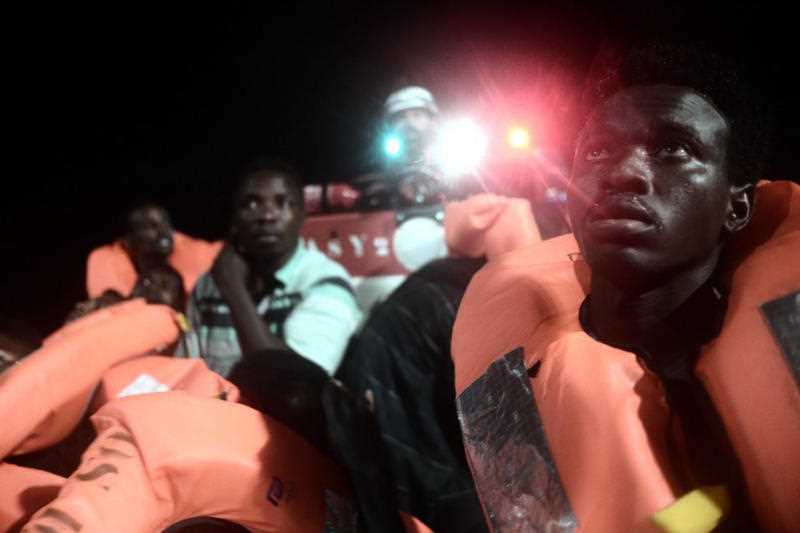 Spain has accepted the mainly sub-Saharan African migrants after they were left stranded at see for over four days.
EPA / Kenny Karpov

"In this incident, Italy has taken over from the Libyan authorities because the ship was in Libyan waters," he said.

"But Italy has failed to follow through on this process. This shows a kind of cynicism and a lack of responsibility on the part of the Italian government."

The European Union's Migration Commissioner Dimitris Avramopoulous has also criticised the handling of the migrants.

Our policy and budget for migration, asylum and borders need to be flexible and effective, but equally fair and proportionate. We cannot continue the political ping-pong of who is responsible. Because we all are: the EU as a whole with all Member States. https://t.co/yDmiIXOMPg pic.twitter.com/1gfRlm20DB

He said EU member states must be more hospitable to those seeking refuge.

"We cannot continue the political ping-pong on who is finally responsible for sheltering the responsibility of migration or protecting external borders because we all are," he said.

"The European Union as a whole is responsible with all member states."