Despite the coronavirus pandemic dominating 2020, a new report has found a vast majority of Australians are still concerned about climate change and fossil fuels.

Eight in ten Australians want coal-fired power stations phased out and fear climate change will result in more bushfires, according to a new survey.

The 2020 Climate of the Nation snapshot, an annual survey of 2,000 voters by progressive think tank the Australia Institute, found 83 per cent of Australians want to see coal-fired power stations gone and 82 per cent were concerned more bushfires will occur as a result of climate change, up from 76 per cent in 2019.

Just 12 per cent of respondents said they backed the federal government’s push for a gas-led coronavirus recovery, with 59 per cent saying it should be powered by renewables.

“Our research shows that far from dampening the call for climate action, the COVID-19 crisis has strengthened Australians’ resolve for all levels of government to take action on climate change,” Mr Merzian said. “There is one clear message: most Australians want more renewables and less fossil fuels. That means phase out coal-fired power stations, bypass a gas-fired transition and plug into renewables to power their future.”

It also found 74 per cent were concerned about climate change, the same number as last year, and 80 per cent believe Australia is already experiencing climate change impacts.

Four in five Australians (79 per cent) agreed that climate change is occurring, the highest numbers the survey has seen since 2012.

Mr Merzian said there is a strong correlation between direct experience of climate impacts, such as bushfires, and concern about climate change.

“The catastrophic Black Summer bushfires saw Australians experience firsthand the tragic consequences of the worst impacts of climate inaction and that direct experience has only served to intensify concern for climate change and the call for decisive action to decarbonise Australia,” he said. 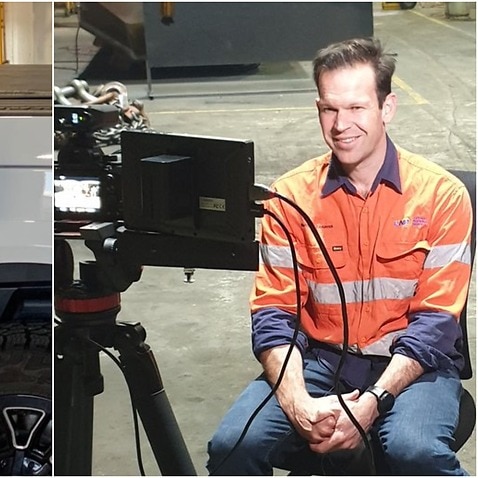 The survey also found 71 per cent of respondents want Australia to be a global leader in fighting climate change, a jump of nine per cent from last year, and more than two in three (68 per cent) want Australia to set a goal of achieving net-zero emissions by 2050.

A spokesperson for Mr Morrison adopted a slightly different tone in their summary of the phone call, with no mention of reaching net-zero emissions.

"Both countries agreed to work closely together to accelerate research and deployment of low emission technologies," they said.

Greens leader Adam Bandt said the federal government is out of step with the rest of Australia when it comes to climate change.

“Australians want climate action and even Boris Johnson is asking us to clean up our act, but Scott Morrison remains obsessed with gas and coal,” he said.

“Coal and gas are a bad bet for the future and will cause economic and climate disaster sooner rather than later.”