A World Vision survey sheds light on how the Syrian war has affected children.

Eight years on from the start of the war in Syria, children continue to bear the brunt of the conflict.

In a recent survey, World Vision estimated more than 60 per cent of Syrian children they spoke to fear violence, war and losing a family member.

According to the Syrian Observatory for Human Rights, more than 20,000 children are estimated to have died since the war began in March 2011.

Add to this the more than 365,000 deaths and the conflict continues to exact a devastating toll. 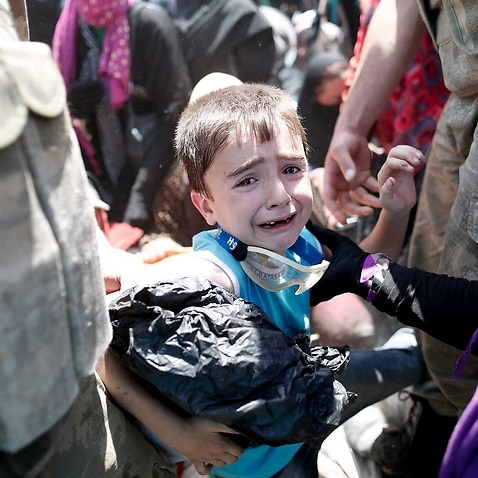 World Vision surveyed about 100 Syrian children aged 15 and under who are now in refugee camps abroad, including Jamil who lives in a refugee camp in Jordan. 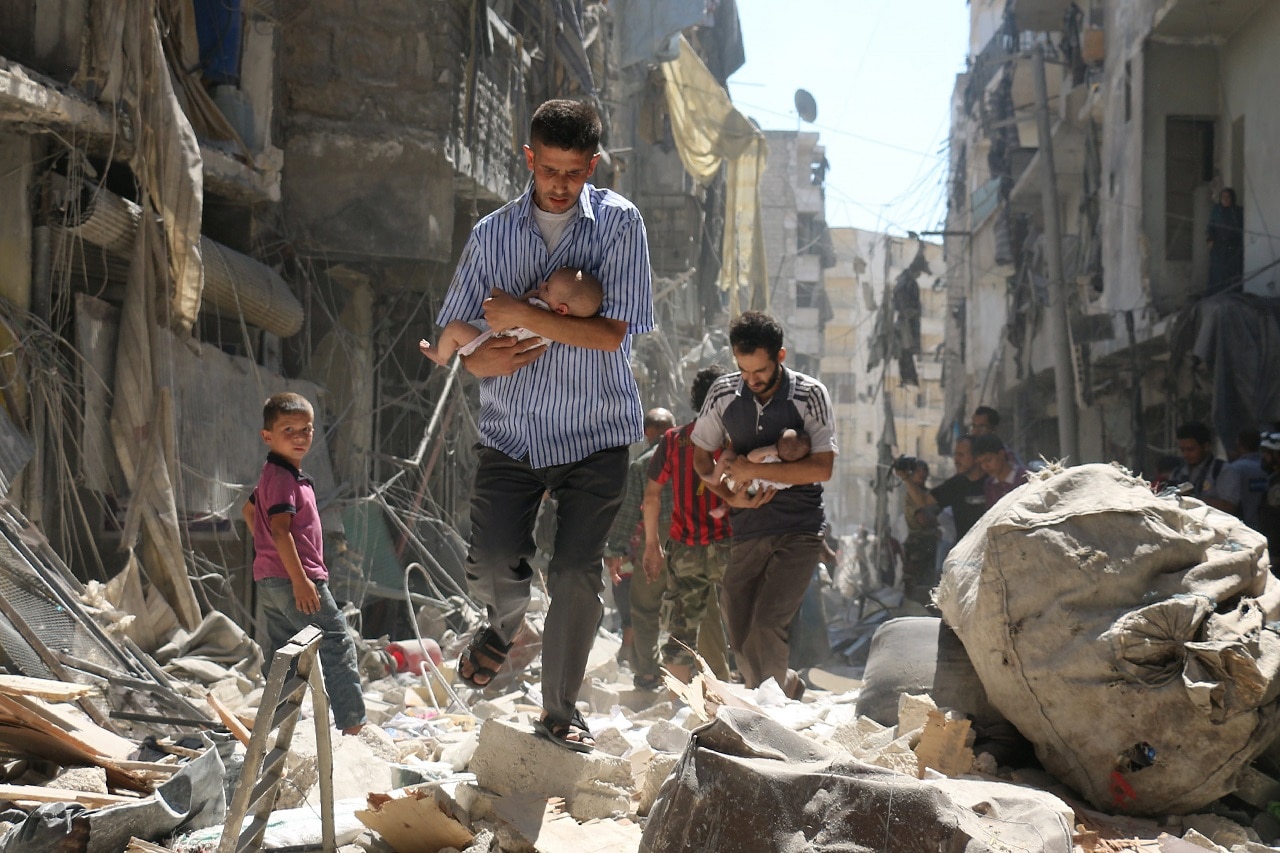 Men carry babies through rubble in Aleppo in 2016.
AAP

The survey showed many of the children World Vision spoke to have spent most if not all their lives living outside Syria.

UNHCR estimates the conflict has produced more than 5.6 million Syrian refugees and 6.1 million internally displaced people, many of them children.

Tim Costello, the chief advocate for World Vision said the needs and the dreams of those surveyed revolve around safety and learning.

"When we ask them about their dreams, they all want an education and many are having to work and not getting an education," he said.

"And many are afraid because they have lived their whole lives outside of Syria that if their families are forcibly returned there might be pay back for why they fled. We desperately need the Syrian government and all parties for that matter that anyone who goes back will be protected." 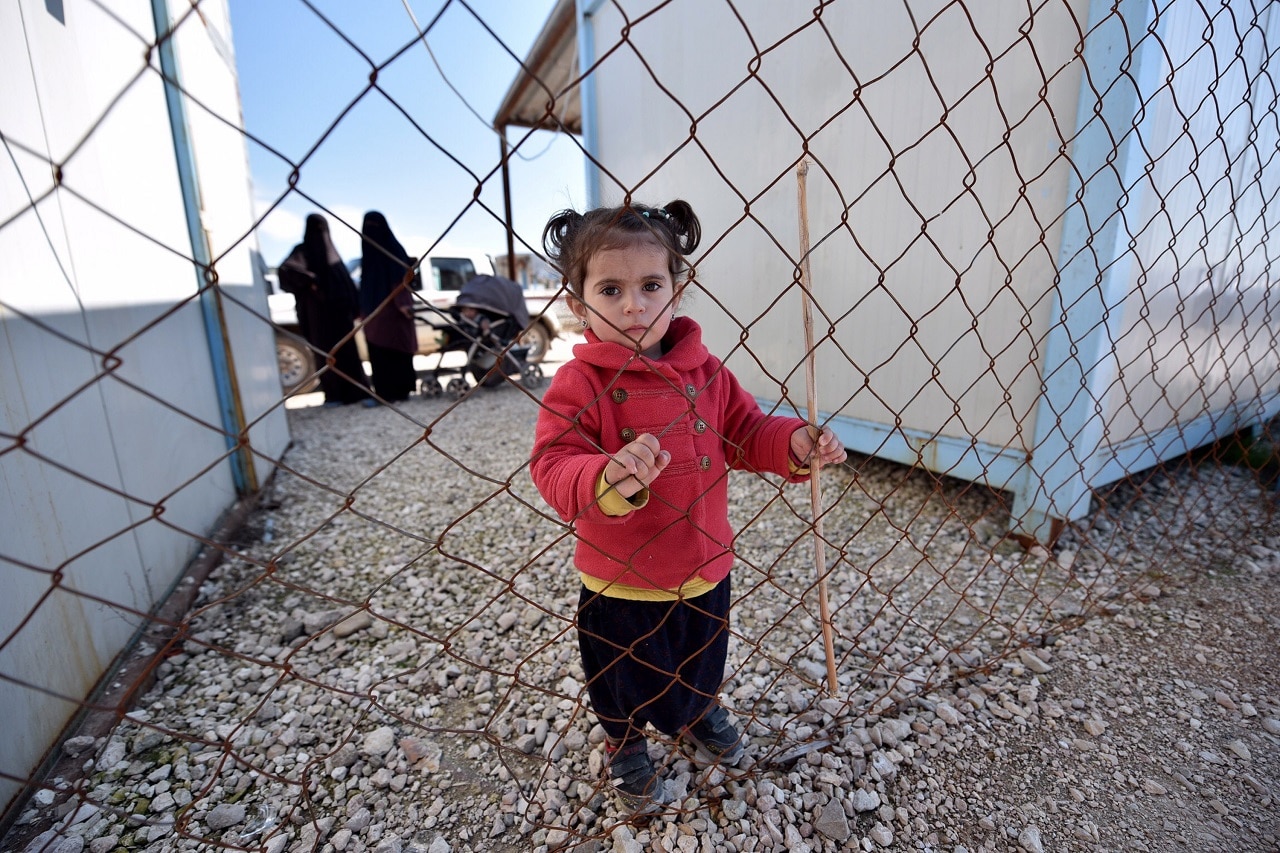 A displaced child in Hasakah.
AAP

"There should be no forced returns until there are those guarantees."

Mr Costello said governments, including Australia, should be doing more to help meet the basic needs of refugee children.

He said an increase in Australia's aid budget would be a good place to start.

"It should be going up by at least 10 per cent a year - to have a funding package for the Syrian refugee response. That is really important because we have participated in the war," he said.

"We should be matching the cost of the bombs that we have participated in dropping with the cost of aid and protection, particularly for these kids. And we should be looking at an increased number of refugees as well. Our share should be 44,000 refugees and we are way under 20,000 at the moment." 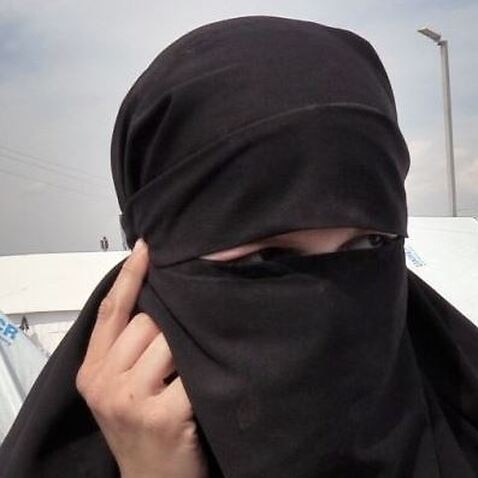 Morrison pushes back against IS extremist's plea

Save the Children said at least 3580 children of foreign nationalities are living in three camps for displaced people in north-east Syria - most under the age of five.

Most are Iraqi children who have arrived in the last three months, fleeing IS territory, but there are also children of other nationalities including Australians and Europeans.

Save the Children said more than 30 nationalities are now estimated to be living in camps and some may be the children of IS fighters. Chief executive of Save the Children Australia Paul Ronalds said the situation facing children in the camps is dire.

"Save the Children has been doing a significant amount of screening in some of these camps this year. At the moment about 30 per cent of the children that we are seeing are acutely malnourished," he said.

"That is not just in need of food but they are so malnourished, that is they have gone without food for such a period of time, that it is having a very significant impact on their health and making them susceptible to a range of diseases."

Mr Ronalds said in the case of foreign nationals, the international community must take responsibility for their citizens putting in place plans to repatriate them. IS fighters blitzed into surrender as defeat looms in Syria

"If they are the children of Australian nationals then they should be repatriated to Australia together with the parents and obviously if their parents have committed any crimes they can be duly tried. But these children are innocent victims, like children are always the innocent children or war."

Prime Minister Scott Morrison said an Australian woman and her baby in a refugee camp in north-east Syria who reportedly left the country to join IS will face the full force of the law if she returns home.

Mr Morrison said he won't put any Australians in danger by helping extremists who want to return to Australia from the Middle East adding those who made such a decision in the first place deserve to face the consequences.