An eight person has died in France in demonstrations that have plagued the country for five weeks, though numbers of protesters are dramatically down.

An eighth person has died in France since the start of a nationwide protest movement that began last month over fuel tax hikes but has expanded to an array of issues.

Interior Minister Christophe Castaner said in a tweet on Saturday that the death occurred the previous night. He said that all traffic circles in France - some of which have been manned day and night by protesters - "should be freed". 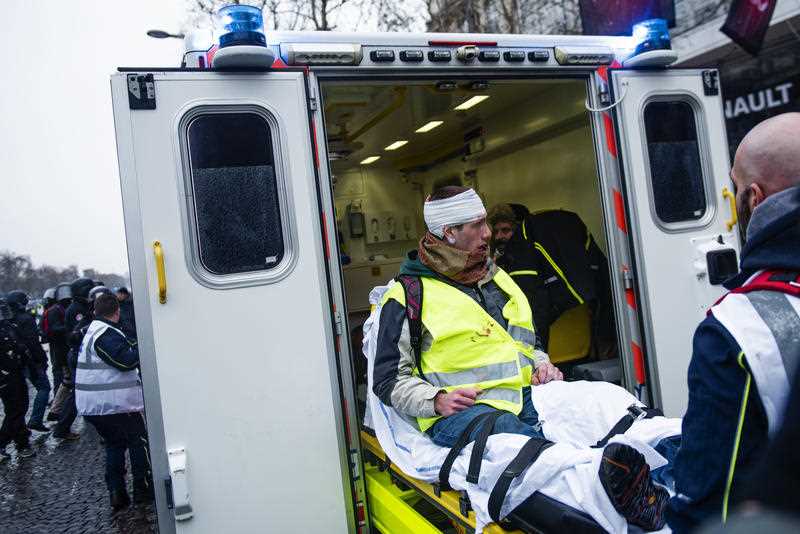 A 'Gilets Jaunes' ('Yellow Vest’) protester treated by paramedics after being injured by riot police in the Champs Elysees Avenue in Paris.
EPA

The tweet provided no details about the death, but suggested that it occurred at one of the traffic circle that dot the French countryside and where the majority of deaths have occurred.

The announcement of another death followed a day of demonstrations around France for a fifth Saturday, though numbers of protesters were dramatically down.

Police in Paris police said 115 people were taken into custody in a day of mainly calm protests in the French capital that left seven people slightly injured.

Police pushed protesters off the Champs-Elysees in Paris with tear gas and water cannons, and re-opened the French capital's famed avenue to traffic. 'Yellow Vests' face off with police in Paris for a fifth weekend of protesters.
Getty Images

The yellow safety vests have become the symbol of a nationwide movement that began in November against what protesters say is economic injustice reserved for rank-and-file French. 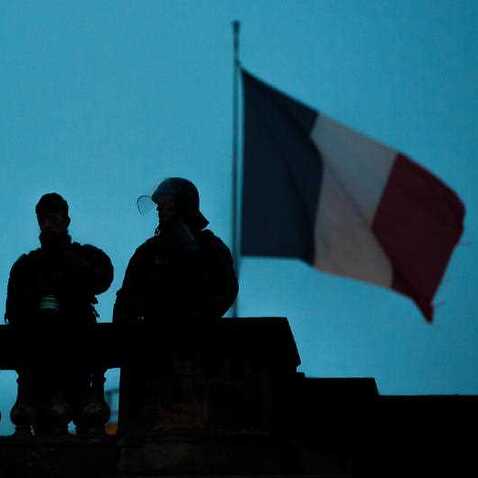 Police put the number in Paris at about 3000, compared to 10,000 a week ago, when protests degenerated into violence and looting for the second week in a row.

The French press quoted authorities as saying that 33,500 protesters turned out nationwide Saturday, less than half the number of the previous week.