A private health care expert has praised the government's extension of Australia’s emergency medication laws, saying it ‘could save lives’ ahead of more extreme weather.

Raj Gupta is back at work in his Malua Bay pharmacy, serving customers who are still grappling with the trauma of Australia’s most extensive bushfires.

“Malua Bay lost around 60 houses, and I knew a fair number of those people who lost homes,” the 52-year-old told SBS News while serving a customer.

Many residents lost their medication and prescriptions when their homes were destroyed by fire, which also cut roads to doctors in nearby towns, such as Batemans Bay. 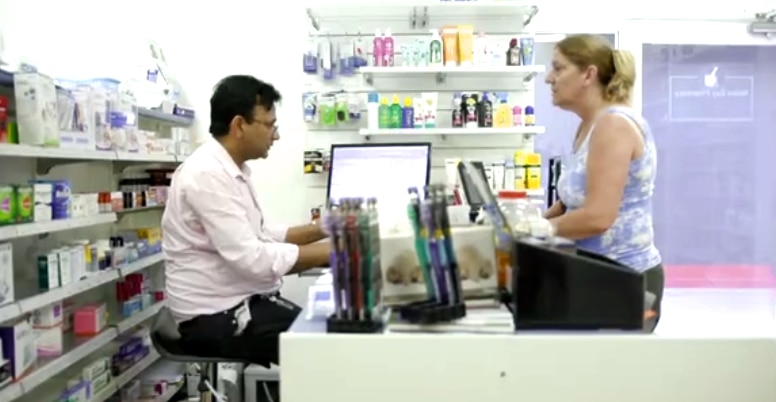 Mr Gutpa kept the doors open, dispensing life-saving drugs in the dark after the power failed, cutting EFTPOS and locking his til shut.

“He gave us medication [even though] his computer system went down,” local businesswoman Julie Martin explained.

“When I did come in to pay a few days later, and he still wasn’t up and running, he said ‘no worries come back and pay me when you can.’"

Many residents lost medication and prescriptions when their homes burned.
SBS

Under new emergency laws, bushfire impacted communities are able to access one months’ supply of certain medication without a prescription. The measures were put in place after SBS first covered Mr Gutpa's story in early January, following the New Year's Eve fire emergency on the South Coast. 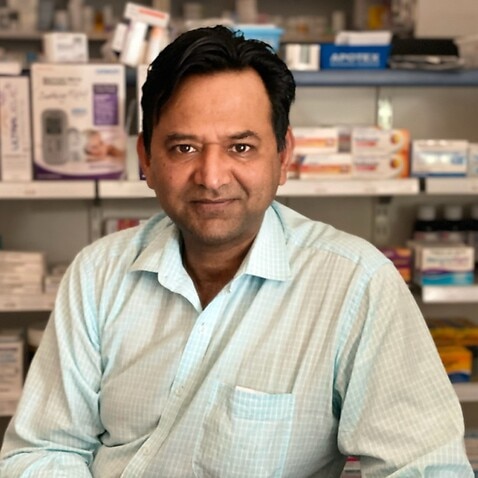 The emergency measures are in force until April, to ensure people affected by fires, and many of those now also hit by flooding, are able to continue to receive Pharmaceutical Benefits Scheme (PBS) subsidised medicines when a doctor’s prescription is not immediately available.

“People are able to access medication [from a pharmacist] without having to physically front a Doctor first, it’s fantastic,” private health and aged care advocate Dorothy Kamaker told SBS News.

“It’s a game-changer for people when the event is severely compromising,” she added. Dorothy Kamaker is a private health and aged care advocate.

Ms Kamaker said the current extreme weather puts many lives at risk and the elderly suffer most. Some are unable to get to the doctor, due to fire hazard, smoke, torrential rain or hail.

“A lot of my clients are older and the extreme heat has not been kind to them,” she explained.

“Under normal circumstances, a pharmacist can only dispense up to three days of medication and only then depending on what the medication is,” he said.

The SBS story about his commitment to stay open without power, and after the home he was living in went up in flames, touched millions of hearts worldwide.

It was even shared on Instagram by the Duke and Duchess of Sussex. 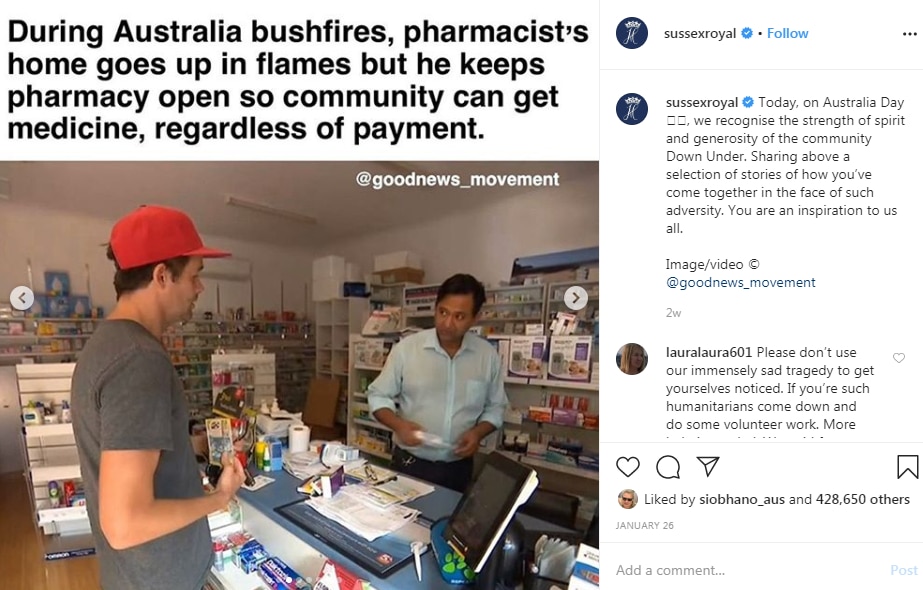 Raj Gupta's story was shared by the Duke and Duchess of Sussex.
Supplied

“I have been a recipient of their kind compliments but I think anyone will do that, and all the business people in these shops did the best they could.”

He is now campaigning to get a GP in the small town of Malua Bay.

“There’s a shortage of [rural] doctors, and we are trying to get a social media campaign going to set up a surgery here,” he said.

“I am sure some doctors would enjoy working here it’s very satisfying and rewarding.”