The Senator who helped push for a disability royal commission has called its opening the start of a 'journey towards justice' for people with disabilities.

Greens Senator Jordon Steele-John has vowed to fight for the integrity of the disability royal commission as the inquiry gets underway in Brisbane.

The $528 million royal commission is holding its first public sitting, opening a three-year investigation into violence, abuse, neglect and exploitation of people with disability.

Senator Steele-John’s push for the royal commission helped sway parliamentary support for the inquiry ahead of its announcement by the Morrison government in April this year. He told SBS News its opening was an “emotional day" for people with disabilities across Australia.

“This is the beginning of a journey towards justice (which) disabled people have been fighting towards for decades,” he said.

“We are determined to defend its integrity - to make sure that it is the tool that we need - not the one that MPs feel they want to give us.” Statements will also be made by another two of the seven commissioners, Andrea Mason and former disability discrimination commissioner Alastair McEwin, and barristers assisting the inquiry.

But Senator Steele-John has reiterated calls for two former senior public servants to step down from the royal commission, facing pressure over potential conflict of interest.

More than 50 organisations involved in the disability sector have demanded John Ryan and Barbara Bennett resign from the investigation. “We have got an obvious conflict of interest … part of those very processes will be investigated by the royal commission itself.”

“I am ... very determined to defend this royal commission and what it must be for disabled people."

But the Morrison government has backed their appointments previously dismissing Senator Steele-John's concerns and citing Mr Ryan and Ms Bennett's significant contribution in their fields. 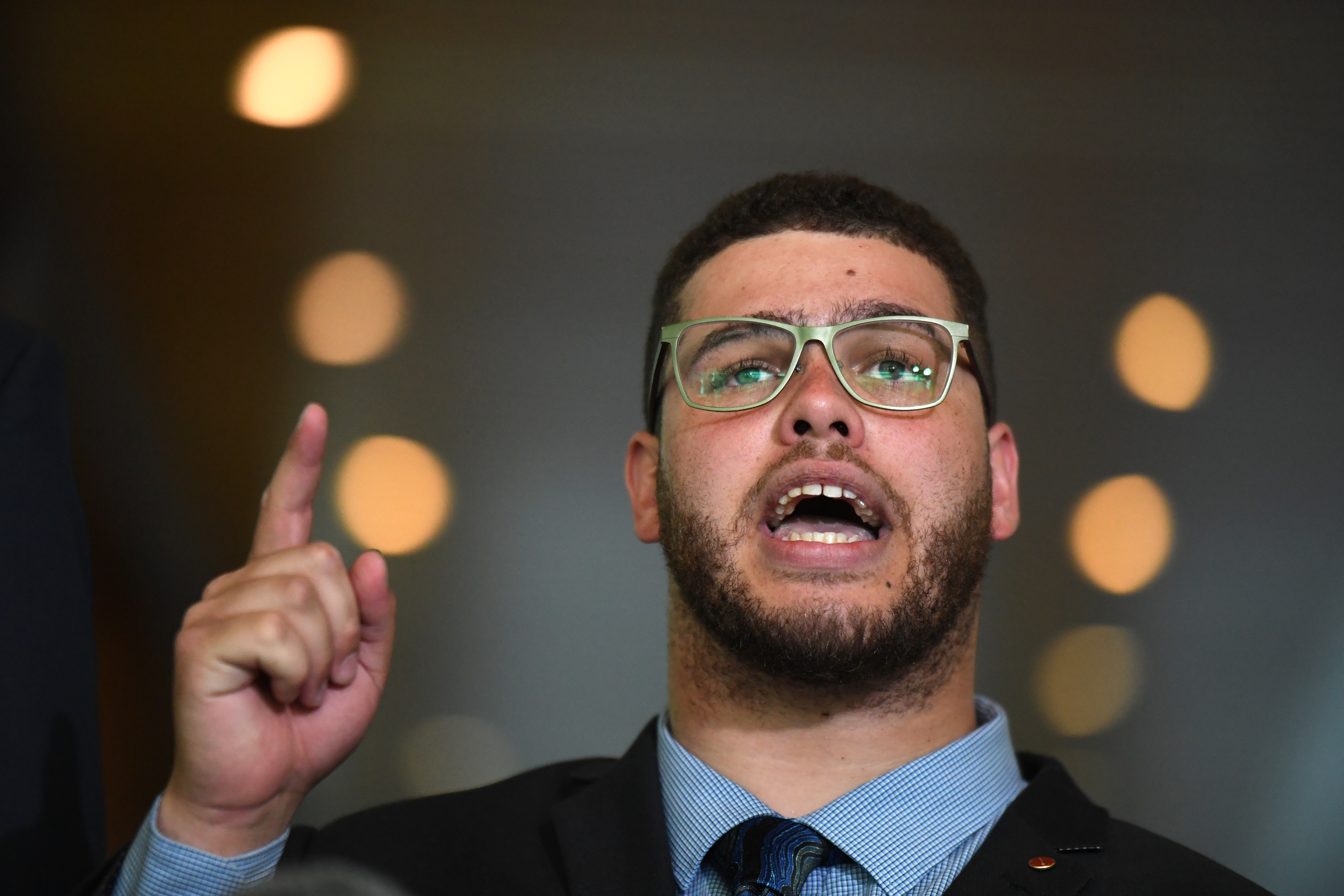 People With Disability Australia CEO Jeff Smith expects it will be an emotional and difficult time for those who have fought hard for a royal commission.

"I think that Australians will be somewhat horrified when some of these stories start to emerge," Mr Smith told AAP. "Some of them are going to be from the past, but I'm quite confident to predict that some of them are actually still happening as we speak," Mr Joyce told AAP.

The royal commission has a wide remit, covering all forms of violence, abuse, neglect and exploitation in all settings including in homes. Greens Senator Jordon Steele-John celebrates after the passing of the motion on the Disability Abuse Royal Commission.
AAP

Senator Steele-John said those responsible for abuse and neglect must be held to account, and their victims compensated.

“We need to see, quite frankly, people go to jail for their role in covering up the violence that people have experienced,” he said.

“We need a comprehensive framework towards a national redress for those who have been subjected to abuse and neglect.”

He said there remain concerns with the commission that need to be resolved to ensure accountability.

"We now finally have a tool via which our community can be liberated from the systemic abuse and oppression that has marked our lives, sometimes since the moment we were born," he said.