Greta Thunberg has arrived in Lisbon after sailing more than 5,500 kilometres across the Atlantic with an Australian family.

Swedish teenage eco-warrior Greta Thunberg sailed into Lisbon on Tuesday after crossing the Atlantic in a catamaran with her sights set on the UN climate change summit in Madrid.

Dozens of environmentalist activists greeted the 16-year-old in the early afternoon after waiting several hours for her to arrive at a marina in Portugal's capital.

Lisbon mayor Fernando Medina was on hand to welcome her following her 20-day voyage from the United States where she attended the UN climate summit in New York in September.

"We are watching you. The younger generation is watching you and we will make sure that you actually must do something.

"I think people are underestimating the force of angry kids. We are angry and we are frustrated but it is because a good reason.

"If they want us to stop being angry then maybe they should stop making us angry."

The Swede, who has become the face of young people's demands for climate action, made a point of returning to Europe by sea rather than fuel-guzzling plane. Greta Thunberg waves as she arrives at Santo Amaro Dock, after crossing the Atlantic Ocean
EPA

She had expected to be heading for Chile, but the South American nation handed over the hosting of the COP25 summit to Spain in the face of deadly anti-government protests.

Ms Thunberg, British navigator Nikki Henderson and the Australian family who own the vessel set sail back to Europe on the 14-metre La Vagabonde catamaran on 13 November from Hampton, Virginia, on a voyage of more than 5,500 kilometres. 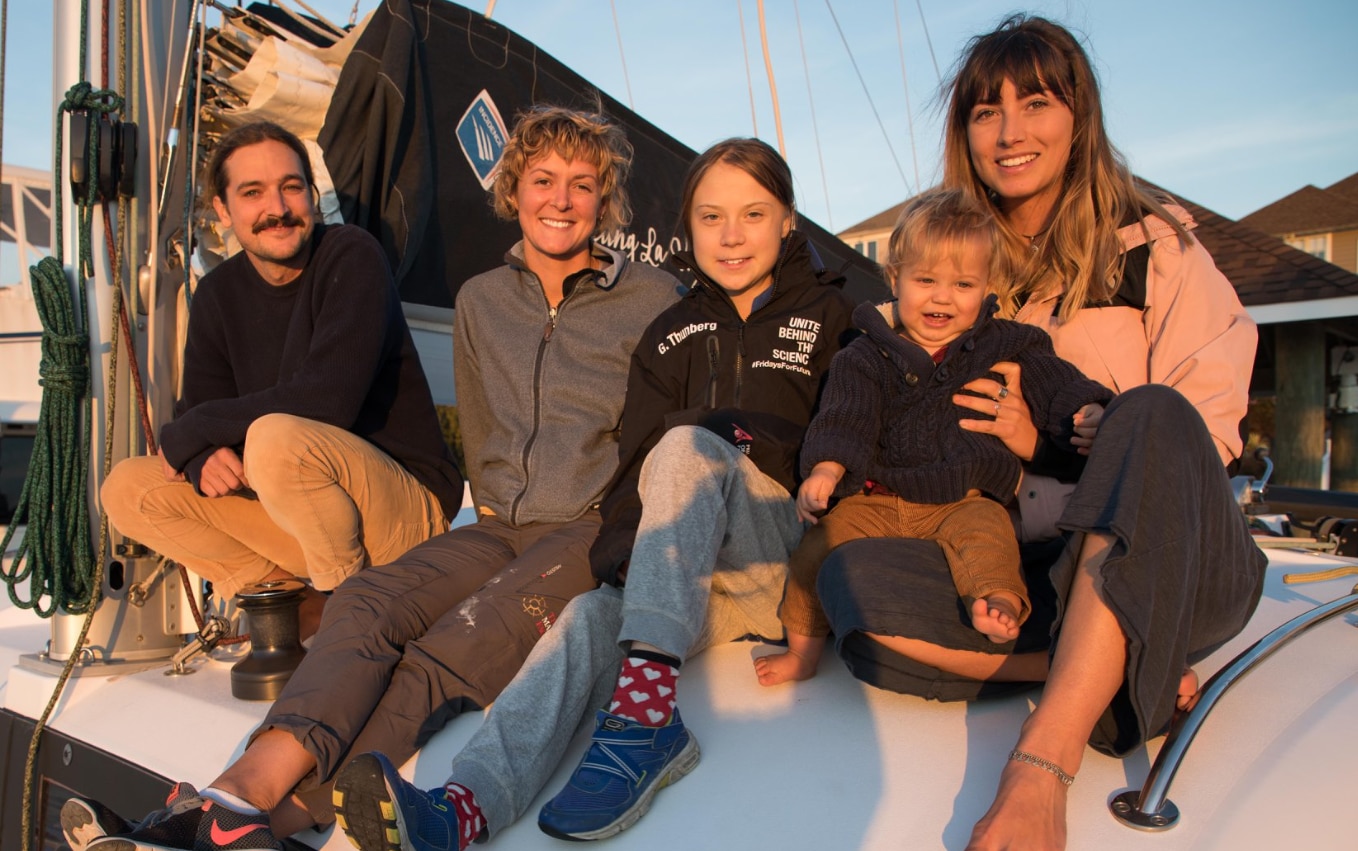 Greta Thunberg with the Australian family who owns the catamaran and British sailor Nikki Henderson.
Facebook

The teenager said she felt "energised" after the trip and would spend a few days in Lisbon before attending the Madrid summit, which runs until 13 December.

She will join a climate march there on Friday. 'The force of angry kids'

Ms Thunberg has not yet decided when or how she will travel to Madrid, a spokesman said, adding that one option was an overnight train to the Spanish capital.

The COP25, which opened Monday, brings together representatives of some 200 signatory nations to the 2015 Paris accord.

"Many people say that nothing will come out of the COP25... But that (should) never be the reason to not try to do everything you can to make sure this outcome is different," she said. 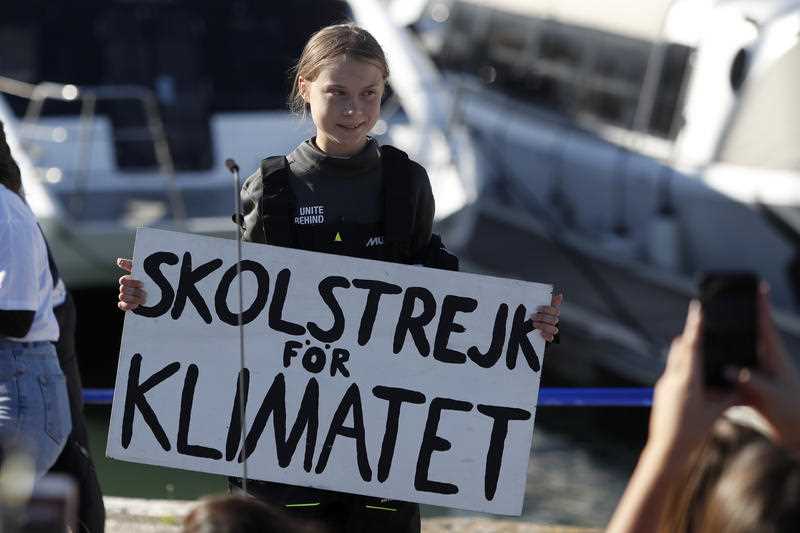 "People are underestimating the force of angry kids. We are angry and frustrated, but for good reason," she added.

Ms Thunberg rose to prominence after she started spending her Fridays outside Sweden's parliament in August 2018, holding a sign reading "school strike for climate".

After using her appearance in New York to denounce governments for failing to act with sufficient urgency on the environment, Ms Thunberg attended weekly green protests in several US cities before embarking on her long trip back to Europe.

15 mins ago My Australia