Climate justice group Extinction Rebellion was listed as an extremist ideology by counter-terrorism police in England, in a document officers have since recalled.

Counter-terrorism police in South-East England say they made an ‘error of judgement’ in adding climate Justice group Extinction Rebellion to a list of extremist ideologies.

The Guardian revealed the group was included in a 12-page guide named ‘Safeguarding young people and adults from ideological extremism’.

The document was designed to help educate people working with youth to "recognise when young people or adults may be vulnerable to extreme or violent ideologies". 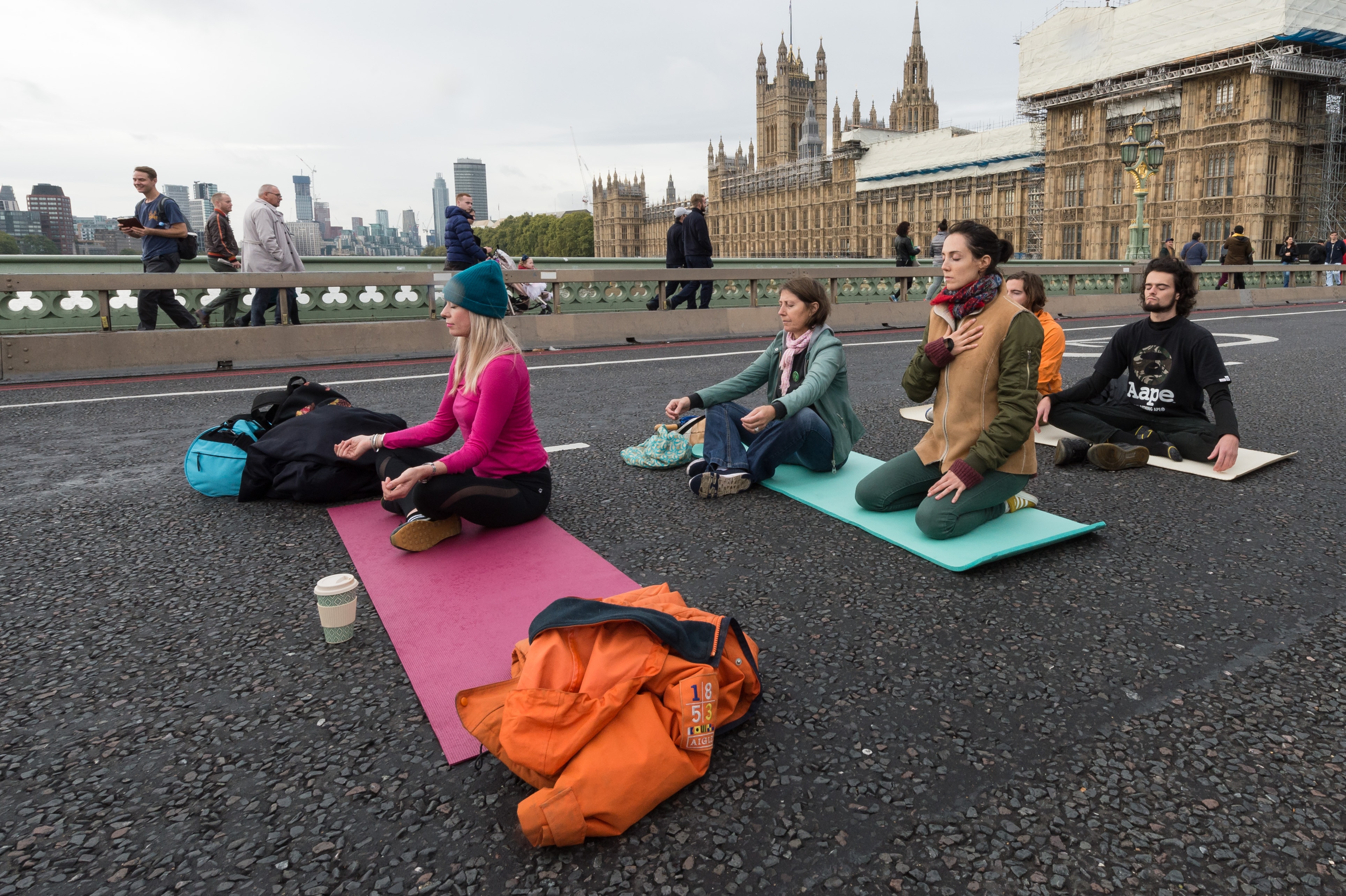 Environmental activists from Extinction Rebellion meditate during a protest at Westminster Bridge.
NurPhoto

The guide advises people to look out for young people who "neglect to attend school" or "participate in planned school walkouts" - an apparent reference to the global School Strike for climate movement started by Greta Thunberg this year.

It also suggests that young people who engage in non-violent direct action such as writing environmentally-themed graffiti, sit-down protests or banner drops are potentially at risk of radicalisation.

The environmental group featured alongside Neo-Nazi terror operations and a pro-terrorist Islam outfit.

In a statement to The Guardian, Counter Terrorism Policing South East boss Kath Barnes said the guide is being recalled.

"The document was designed for a very specific audience who understand the complexities of the safeguarding environment we work within and who have statutory duties under Prevent. We are in the process of confirming who it has been shared with and recalling it." Extinction Rebellion was founded in October 2018 and the group maintains a welcoming, non-violent culture is at the core of its beliefs.

A spokesperson for Extinction Rebellion's Sydney arm, AJ Tennant, says it was a shock to hear the international movement had made it onto the list in the first place.

“It’s very distressing that a peaceful, environmental organisation that’s trying to advocate for the protection of humanity would be treated with such disdain.” 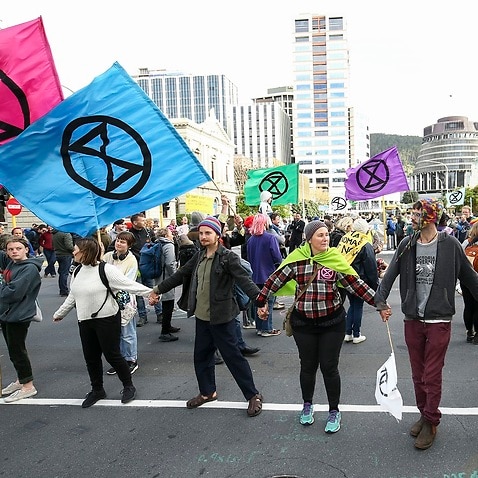 He says he understands that people may find the extinction rebellion movement confronting, and even frustrating at times, but argues the movement has always been focused on non-violent methods of drawing attention to the climate debate.

“The first word that applies to everything that XR does is non-violent. We talk about being peaceful, we talk about having love in the movement, we talk about apologising to people for any inconvenience we caused, so while we are disruptive, we are always, always peaceful.”

While we are disruptive, we are always, always peaceful.

London-based human rights lawyer and media commentator Shoaib Khan has taken to Twitter to condemn the actions of British authorities.

Asks people to report youth who speak in “strong terms about environmental issues like climate change or pollution”, or those who take part in non-violent protests like banner drops or “environmentally themed graffiti".https://t.co/1u2jsegmvw

Activist and commentator Matt Abbott echoed such criticism, arguing the listing was inappropriate.

I don't agree with everything that #ExtinctionRebellion have done, but listing them alongside neo-Nazis and terrorists on the Prevent scheme is complete bullshit. Johnson's govt can get away with anything now 🤦🏻‍♂️https://t.co/NFsAMIR7H5 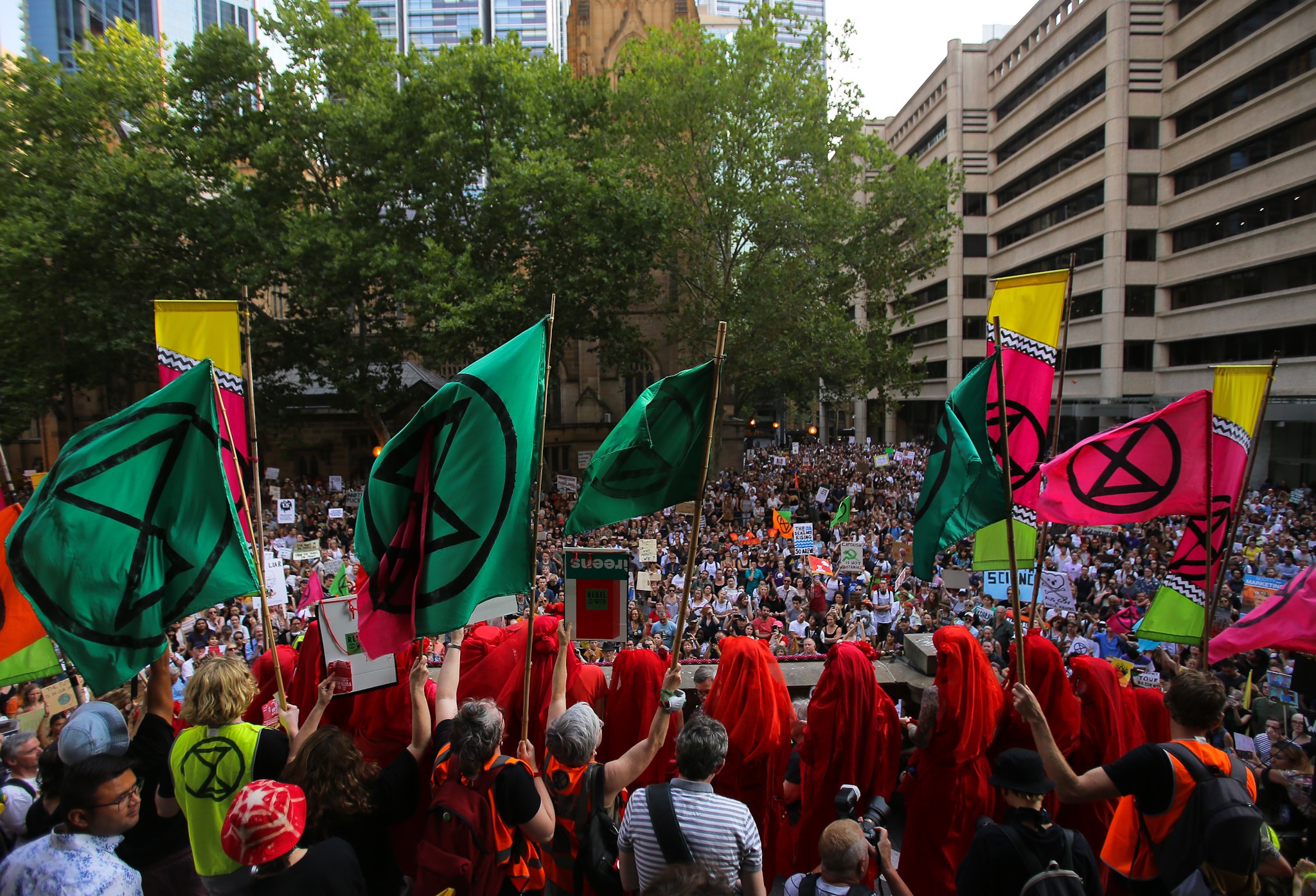 Tens of thousands of Australians took to the streets on Friday to demand stronger action on climate, with some in the large crowds carrying the Extinction Rebellion network's recognisable logo and flag.