As a new military conflict intensifies at alarming speed in the Horn of Africa, there are concerns the situation will lead to famine.

The conflict is intensifying at an alarming speed. It has now become a regional conflict with reports that Eritrean forces are supporting the central government against Tigray, and rockets fired from the Tigray region at Eritrea’s capital, Asmara.

All communication with the conflict area has been interrupted. Virtually no information is coming from inside the Tigray region, which makes it difficult to assess the development of the conflict on the ground and its consequences on the civilian population. As the deadly conflict in Ethiopia's Tigray region spirals, here's what you need to know

However, as scholars who have examined issues related to food security in the region since 1985, we are very concerned that the situation will lead to famine.

Food security in Tigray was already critical before the start of the armed conflict. Large areas were on a path towards hunger and crisis for a number of reasons, including a desert locust invasion with detrimental effects on crop harvests.

The conflict not only affects the harvest season that has just begun. It also has led to a complete stop of potential aid and government funding to the region.

These recent developments run counter to immense strides made over the past three decades since the end of a devastating civil war which saw great famine between 1984 and 1985. Back then, a dangerous cocktail of civil war combined with fragile soils, population pressure and poverty and climatic adversity led to a famine of biblical proportions in the Ethiopian Highlands of northern Ethiopia, including Tigray. An estimated one million people died of starvation. Since then, Ethiopia has become one of the fastest-growing large economies in Africa. There have also been marked improvements on a number of social fronts. Almost all children were going to school, health services improved vastly and women’s rights were upheld. In Tigray, this growth was largely driven by efforts at grass-roots level in rural areas.

But the fear is that Tigray is now heading for a humanitarian disaster at levels that match the great famine of 1984-1985.

Along with 12 international professionals who have worked in the area, we have launched an appeal to national and international authorities to urgently call for negotiations to start and for a ceasefire in northern Ethiopia. We have also called for the rapid delivery of food and other humanitarian aid to Tigray, particularly through the World Food Programme and international aid organisations.

Most of Tigray is part of the Tekezze River basin. It has a very rugged landscape characterised by river networks and frequent steep cliffs. About half of Tigray is covered by cropland, followed by shrubland. Forests are rare.

The main livelihood is crop production and modest livestock rearing on small-scale family farms. Cereals are the most important field crops and the staple diet. Desert locusts also feed on these. Desert locusts, although a recurrent problem, have recently become a real plague in many parts of Ethiopia. This year, East Africa has had one of the worst outbreaks in about 70 years. The locusts have destroyed vast areas of cropped land and numerous swarms remain active in northeastern Ethiopia, where Tigray is located.

Eighty percent of the people in Tigray are subsistence farmers, which means that they depend on their own farm produce for survival. Even without war, the large locust damage had already put many of those farmers on a path towards famine if no food aid would reach them in time.

To make matters worse, the 2020 harvesting season should start soon. But little remains to harvest because of the desert locusts. As people always have harvests that are hardly enough to feed a family, last year’s harvest has already been consumed by this time of the year. These months of the year correspond to the annual hunger gap for many farmers in North Ethiopia, after food supplies are exhausted and before the next crops can be harvested.

We fear that the grain baskets will remain empty because of the conflict. Ethiopian refugees who fled fighting in Tigray province lay in a hut at the Um Rakuba camp in Sudan's eastern Gedaref province, on 16 November.
Getty Images

The transfer of budgets from the federal government to Tigray was stopped in September. This followed a decision by the Tigray People’s Liberation Front to hold regional elections following the central government’s decision to postpone the nationwide elections because of COVID-19. In an act of defiance, Tigrayan leaders held their own elections.

The lack of funds has impeded the proper functioning of civil society. Regional offices continue to work but staff are uncertain about salary payments and investments needed are being delayed. These offices play a key-role in the “early-warning system” of identifying households that are in need of food aid.

The regional offices also organise the Productive Safety Net Programme, a massive multi-donor-funded programme. The idea for this year was to monitor food crops all over Ethiopia and predict food deficits long in advance so the programme could target food-insecure households in time. They would typically receive 15 kg of grain per month in exchange for community work. About one million people in Tigray depend on this for food aid.

Supply chains are also being affected. The central government has declared a state of emergency in the region. Electricity, internet and telephone networks have been cut off and all banks were ordered to close. Banks have been reopened on 16 November, but only small amounts can be withdrawn. 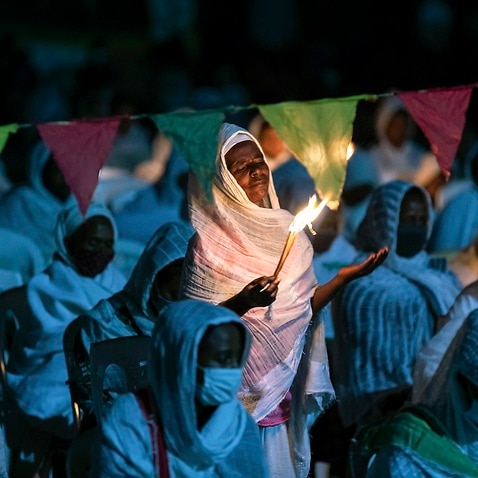 In addition, the region has been cut off from the outer world: the few roads that were still connecting Tigray to the rest of the country have been closed as well as borders to Eritrea, Djibouti and Sudan. This makes the delivery of food aid to Tigray impossible.

Many have already died in this escalated conflict, but we fear that even many more will die because of hunger if no humanitarian assistance is allowed to enter Tigray.

Seppe Deckers is an emeritus professor at KU Leuven's faculty of bioscience engineering. Jan Nyssen is a professor at Ghent University's department of geography, while Sil Lanckriet is a visiting professor in the same department.