Europe is in its early stage of summer but is in the middle of an intense heatwave and scientists say it's a preview of what climate change has in store.

Meteorologists are blaming a blast of torrid air from the Sahara for the unusually early summer heatwave in Europe, which could send thermometers up to 40 degrees Celsius.

Authorities have issued warnings against dehydration and heatstroke, and environmental experts warn it's a glimpse of what a climate-changing future could look like.

German professor Stefan Rahmstorf said heatwaves were on the rise for Europe. 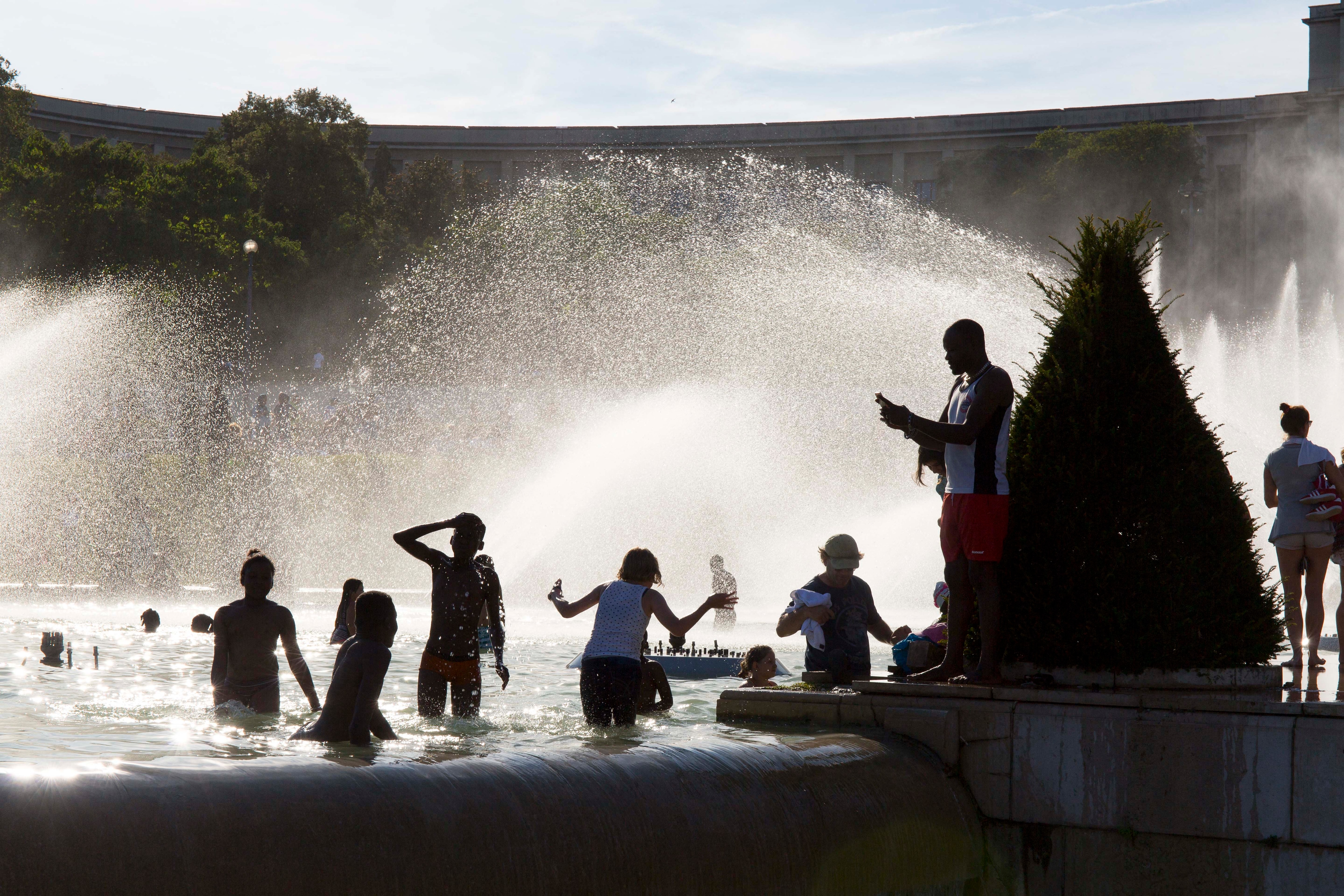 People cool off in ponds at the Trocadero in Paris, France, June 23, 2019.
ABACA

"Monthly heat records all over the globe occur five times as often today as they would in a stable climate," he said.

European Union leaders have failed to strike a deal to commit the bloc to achieve climate neutrality by 2050 at a European Council summit this week.

While only eight countries had committed to the target at the previous summit in March, large-scale environmental protests and the huge gains made by green parties at the European elections in May had raised expectations of a breakthrough. 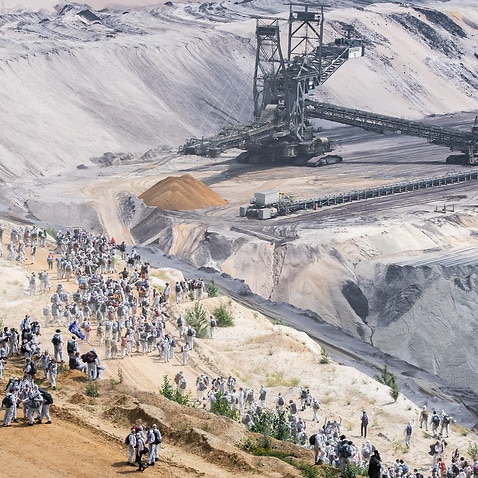 Several European leaders had backed the target, but four countries - Poland, the Czech Republic, Estonia and Hungary - blocked the proposal on Thursday amid concerns it would hurt their economies, which are dependent on nuclear power and coal.

As the weather heats up, French Health Minister Agnes Buzyn said: "I'm worried about people who are downplaying this, who are continuing to exercise as usual or stay out in the sun."

"This affects all of us, nobody is a superman when it comes to dealing with the extreme heat we're going to see on Thursday and Friday," she told a press conference.

However, those extreme hot temperatures lasted for two weeks, whereas the worst of the heat is expected to be over by early next week.

"It's unprecedented because it's hitting so early in June, we haven't seen this since 1947," said Emmanuel Demael, a forecaster at the Meteo-France weather agency.

He expects records will be set for the month, "and in some places, records for all months combined."

City workers also plan to distribute water to the homeless and install fans in schools and nurseries.

But electric fans were in short supply after weather reports prompted a rush on stores over the weekend, and France's electric grid operator RTE is expecting a surge in demand as air-conditioning is turned up to maximum. 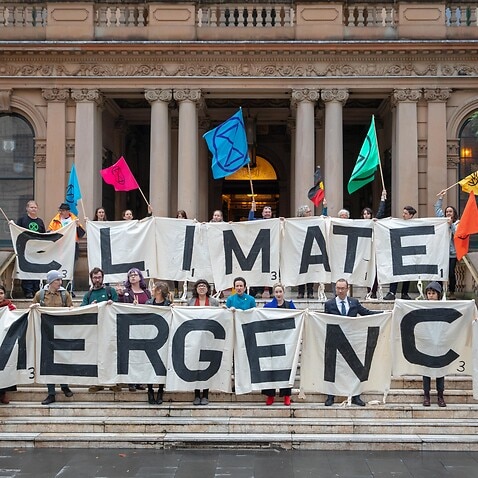 "I wanted to buy a fan but after selecting the model there were none left," said Paris resident Anne Sophie Viger, 30, who works in insurance. "It is the night I am especially afraid of."

Spain's AEMET weather agency warned of an "extreme risk" of forest fires in areas including Aragon, Navarre, and Extremadura, with temperatures that could exceed 42 degrees in the Ebro valley in the northeast. 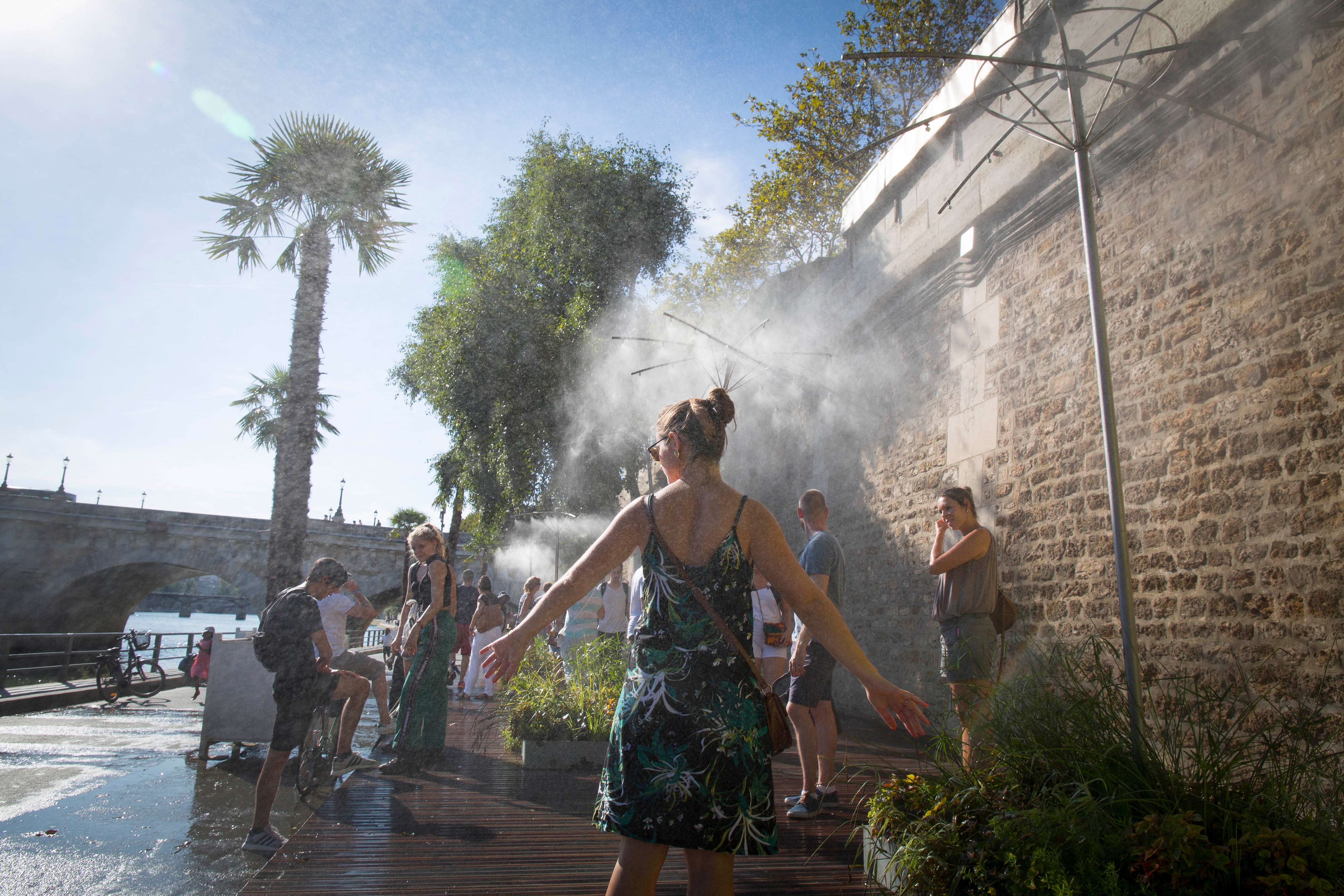 People cool off on the banks of river Seine in Paris.
ABACA

In Germany, forecasters said the June record of 38.2 degrees for Frankfurt in 1947 was likely to come under threat, with little prospect of storms to cool things down.

"It could get up to 39 degrees, some places could even crack the 40-degree mark," said Sabine Krueger of the German weather service, with the southwest due to be the hottest.

Visitors in major tourist destinations like Rome and Barcelona used public fountains to cool their faces or dampen their hats for some refreshment. 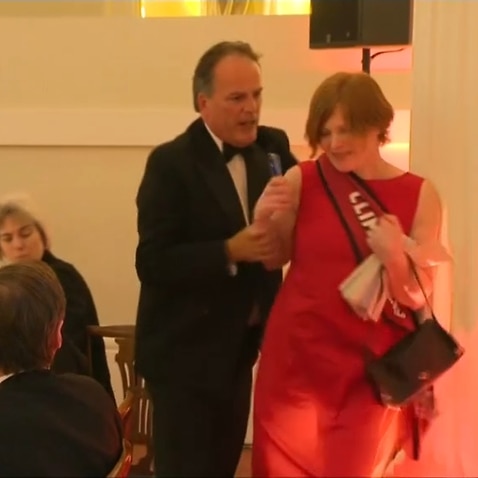 'Over the top': Climate activist slams British MP for violently grabbing her

Even Scandinavian countries are not being spared, with parts of southern Denmark and Sweden likely to reach 30 degrees starting Tuesday.

The temperatures will be most intense from Thursday, forecasters say, and high humidity is likely to make conditions even more difficult, especially at night.

Meteorologists have said such heatwaves are likely to be more frequent, even if countries succeed in their commitments to limit global temperature increases as part of the 2015 Paris climate accord.

The Paris climate deal aims to contain increases to 1.5 degrees Celsius, committing nations to reduce emissions to this end.

The European Union has pledged to cut carbon emissions 40 percent below 1990 levels by 2030.