The world is failing to protect children from the health dangers posed by climate change and poor diet, a landmark UN report said on Wednesday, warning that every child is under "immediate threat".

The future of every child and adolescent around the world is at risk if the global community does not unite to address rising emissions, meet sustainability goals and better invest in health and nutrition.

According to more than 40 of the world's pre-eminent child and adolescent health experts, not one country on Earth is adequately protecting the next generation from the impacts of carbon emissions, the destruction of nature and high-calorie and processed foods.

They said that excessive carbon emissions, produced overwhelmingly by wealthier nations, "threaten the future of all children" and will burden them with additional health dangers, from deadly heatwaves to the increased spread of tropical diseases. The report, commissioned by the World Health Organization and UNICEF, also highlights the threat children face from harmful marketing of fat- and sugar-laden foods, alcohol and tobacco.

“From the climate crisis to obesity and harmful commercial marketing, children around the world are having to contend with threats that were unimaginable just a few generations ago,” UNICEF Executive Director, Henrietta Fore said.

The report, published in The Lancet medical journal, ranks the performance of 180 countries when it comes to child survival, education and nutrition rates.

Under these criteria, less-developed nations such as Central African Republic and Chad perform particularly poorly compared to rich countries such as Norway and the Netherlands.

However, the rankings are largely reversed when the impacts of air pollution from per capita carbon emissions were assessed. Australia ranked very well when it came to child survival and well-being, a statistic which Associate Professor at the University of Melbourne’s Nossal Institute for Global Health, Grant Blashki, told SBS News he was not surprised by.

“I think Australia’s in the top twenty for the flourishing measures, so we do very well on education and we have a great healthcare system in Australia and that is fantastic,” he said.

When it came to sustainability and greenhouse emissions Australia ranked 176th, just one spot in front of Saudi Arabia and six spots ahead of last place Qatar. Global Index rankings on child flourishing and sustainability
The Lancelot

“It's truly embarrassing for every Australian to be highlighted yet again as a world laggard in caring for the planet and caring for our population,” she said.

“Once upon a time we could hold our head high and we could have some pride in being Australian and that's eroding and it's shameful." The feeling of disappointment in Australia’s ranking is shared by University of Wollongong researcher in child health and education, Senior Professor Anthony Okely.

“While we like to believe we are putting our children first and meeting their needs, our ranking on the Sustainability Index shows that our actions are not meeting our words,” he said.

“Australia’s very low score on this index is eroding many of the advances we have made in ensuring our children are flourishing.” Scott Morrison with a piece of coal at Parliament House in Canberra, Thursday, Feb. 9, 2017.
AAP

‘Robs them of future life’

The report was also critical of food marketing aimed at children globally, while in Australia Dr Hanna said the sugar industry is particularly dangerous and the government needs to apply a sugar tax immediately.

“We have 25 per cent of our young people are overweight or obese and that sets them up for a lifetime of chronic diseases, so that robs them of a future life as well,” she said. Professor Okely believes involving children in urban planning and getting their input when creating health programs could be key to combatting Australia’s growing obesity epidemic.

“Our children are growing up in environments that are not supporting their right to an active, healthy life,” he said.

“With the vast majority of our children living in cities we need to pay greater attention to their needs and give them a voice in the planning of our urban environments.” ‘Moral responsibility to protect their children’

It is hoped the findings will result in governments around the world creating policies based on the needs of children – with Dr Hanna hoping it will give a voice to children at a higher level.

“This report is actually trying to address that situation and hold countries to account that they have a moral responsibility to, as is their legal duty, to protect their children and children around the globe,” she said. 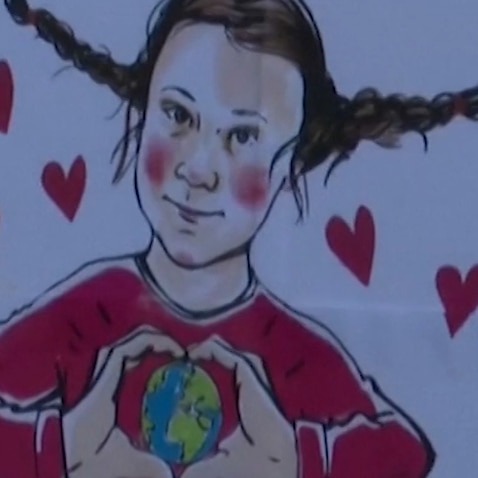 The authors called on governments to radically reduce carbon emissions in line with the Paris climate goals and to tighten regulation of harmful marketing.

Current emissions pledges put Earth on course to warm more than 3C by 2100, which "would lead to devastating health consequences for children", from rising sea levels and heatwaves to disease and malnutrition.