A Tamil woman is fighting to keep her family together in Australia.

The wife of a Tamil asylum seeker being deported from Australia to Sri Lanka has pleaded with the government to reverse the decision so they can raise their baby daughter together.

Thileepan Gnaneswaran, 30, faces permanent separation from his wife and 11-month-old daughter after he was denied a temporary protection visa and issued on Friday with a removal notice by the Department of Home Affairs.

Detained at the Villawood Immigration Detention Centre in Sydney, he was scheduled to be deported to Sri Lanka on Monday. His wife Karthika Gnaneswaran says she doesn't know how she will manage without her husband and doesn’t want daughter Najomi to be without her father. She also expressed fears for her husband’s safety should he return to Sri Lanka. 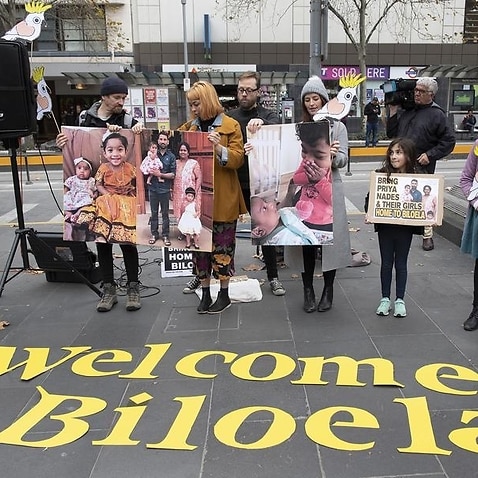 The Tamil Refugee Council claims Mr Gnaneswaran was tortured by Sri Lankan security officers prior to his arrival in Australia because of his family's strong connections to rebel group Liberation Tigers of Tamil Eelam.

"I'm really worried about what could happen to him at the hands of the CID [the Criminal Investigation Department of the Sri Lanka Police] and army," Ms Gnaneswaran told SBS News on Monday at a protest outside the detention centre.

"I'm also scared about being separated from him." 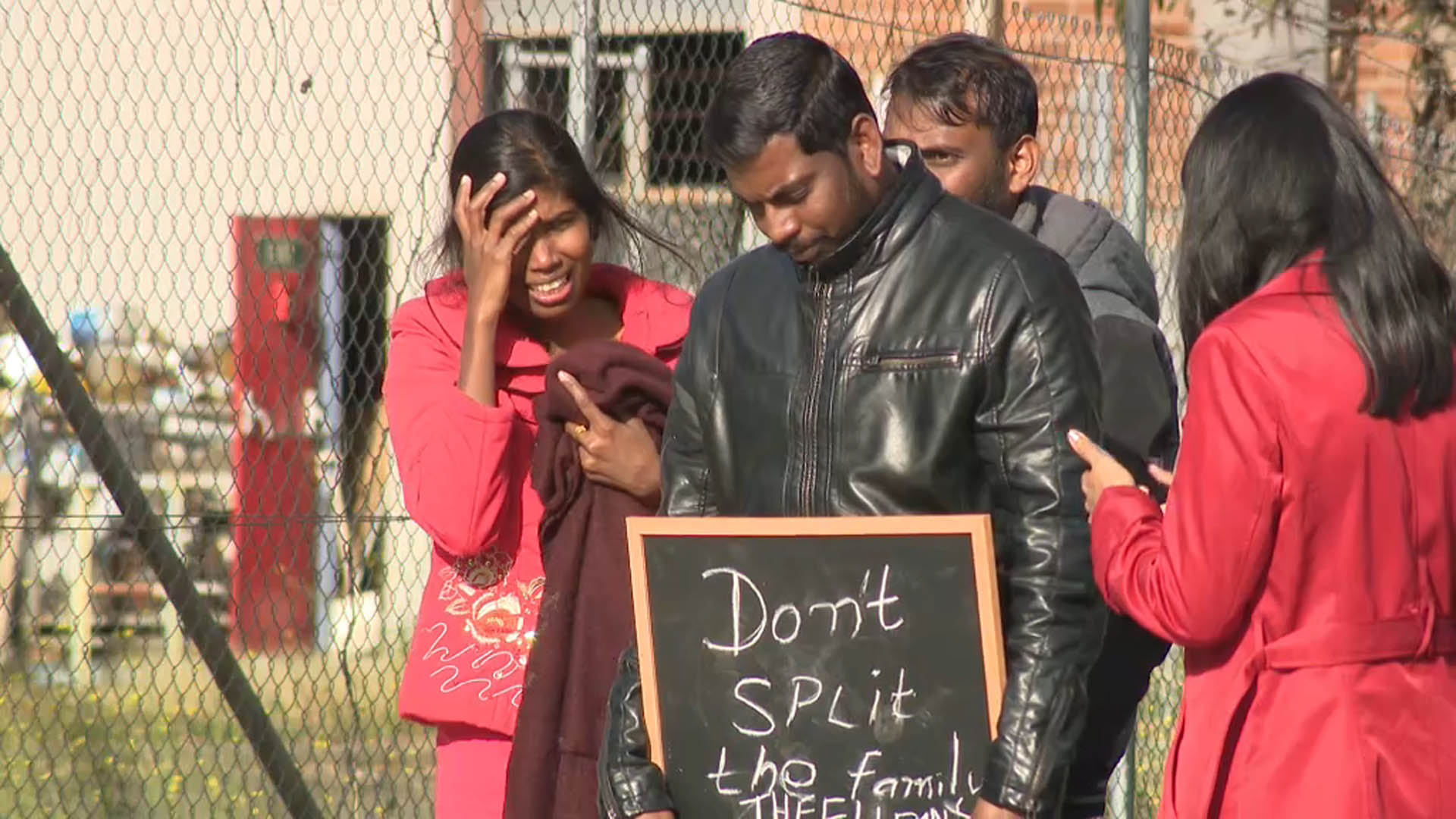 Karthika Gnaneswaran, left, at a protest in Sydney.
SBS News

"I'd like to request the government don't send my husband back, our child's future will be impacted and I don't know how we can live without him," she said.

"I don't want my child to grow up without the safety and protection of her father. She will always have my support but every daughter needs a father as well."

The couple arrived in Australia separately and were married in 2016 in a religious ceremony. Ms Gnaneswaran and her daughter were granted a temporary protection Safe Haven Enterprise Visa, but her husband wasn’t.

"When they got married they should have been on the same application," said Mr Mylvaganam.

"We are just hoping someone will convince the minister not to go ahead with the deportation," Mr Mylvaganam said.