Confronting new video has emerged from Deiyai, West Papua showing Indonesian forces opening fire on Papuan protesters who appear to have their hands over their head.

The deadly shooting happened in Deiyai last week but details are only now emerging following an internet shutdown.

Demonstrators say the incident occurred following a peaceful protest - with six bodies reportedly found in front of the Regent's office.

Video from Deiyai, West Papua appears to show Indonesian forces opening fire on Papuan protesters who have their hands over their head.
Supplied/SBS News

Sources say another two bodies were discovered in a jungle nearby, with at least 15 other people also wounded.

"They wanted to go in peacefully but then suddenly police open fire to the mass of demonstrations and so when that happen people attack with bow and arrow." Indonesia pleads for calm after weeks of unrest in Papua

Indonesian authorities say at least one soldier was also killed in last Wednesday's violent clash, with photos appearing to show the officer with several arrows lodged in his body.

Contradicting the earlier reports, the head of the local investigation unit now claims the soldier was killed in a two-way gunfight which was brought on after demonstrators seized control of guns from the army.

This version of events has been disputed by at least one eyewitness who wants to remain anonymous for safety reasons. 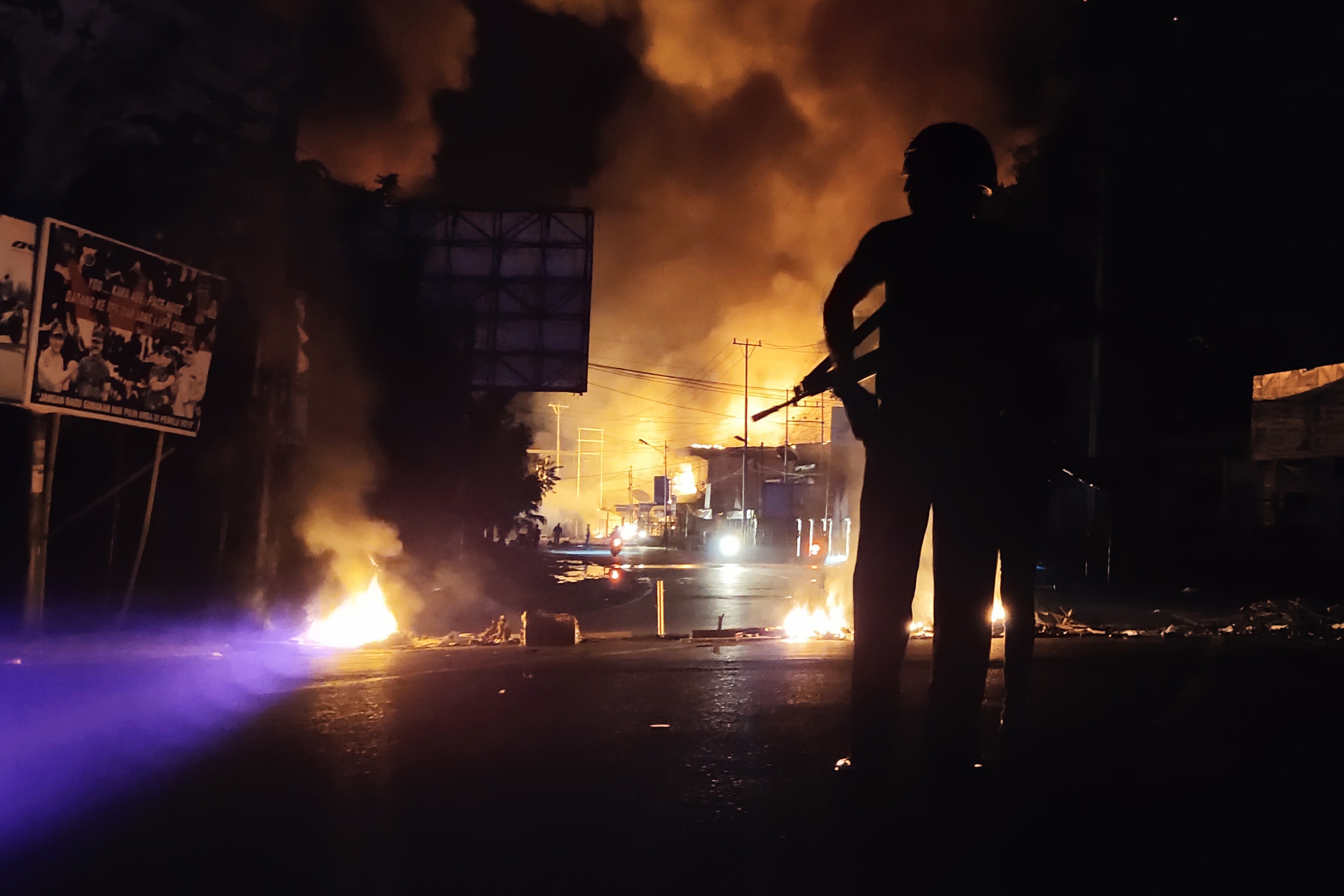 "They've been experiencing this sort of direct violent confrontations with Indonesian military forces not just recently but for decades so for me those people getting shot by police is no surprise," Papuan anthropologist Yamin Kogoya told SBS News.

An uprising which began a fortnight ago continues to see West Papuans make some of their boldest pushes for independence.

Video has emerged from Jayapura where the Indonesian flag was torn down and replaced with the "Morning Star" -an offence which carries up to 15 years behind bars. "Today people of West Papua cannot go to the public places or go to church for the service because they are scared of this situation,"  Victor Yeimo told SBS News.

A Human Rights lawyer claims seven West Papuan students and one Indonesian person have now been arrested for treason, with investigations ongoing.