The government is in talks with 13 countries to expand its working holiday visa program and increase the cap for other countries.

The Australian government's plans to allow thousands more foreign workers to work on Australian farms are facing a roadblock in the Senate.

Parliament is yet to ratify Australia's free-trade deal with Indonesia, six months after it was signed, and key crossbench senators have raised concerns about elements of the agreement.

The deal would increase the cap on 12-month working holiday visas for people aged between 18 and 30 from the South-East Asian country from 1,000 to 5,000, raising concerns about an influx of Indonesian workers. New tourism video aims to lure more backpackers Down Under

"We are deeply concerned that the Morrison government has done yet another dodgy deal that opens the door to an increased number of temporary workers being exploited when we should be prioritising hiring and training of local workers," ACTU president Michele O'Neil said.

Labor is yet to decide if it will support the agreement and is facing pressure from unions to oppose it.

Labor Senator Katy Gallagher would not be drawn further. 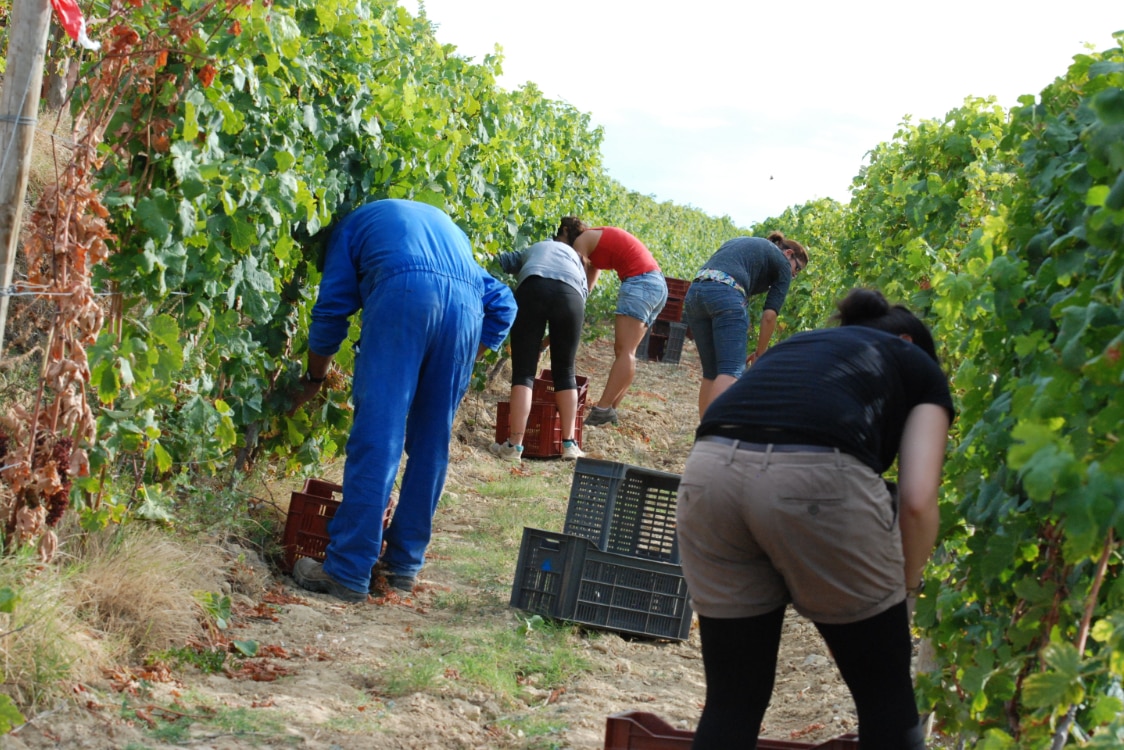 Backpackers often do stints fruit picking in order to qualify to extend their holiday in Australia.
AAP

"There is no hesitation it's just that I'm not here to endorse anything, I'm a member of a caucus and caucus has its processes as does the parliament," she said.

Trade Minister Simon Birmingham said there would no exemptions from requirements to conduct labour market testing. Backpackers, international students losing out on $1 billion in unpaid wages

He urged politicians to consider the benefits of deepening the relationship between the two countries.

The Indonesia agreement is one part of the government's push to increase the supply of short-term foreign workers to regional areas, despite concerns about exploitation.

Talks are underway with 13 countries to allow citizens to apply for working holiday visas to add to the existing 44 with deals in place.

Immigration Minister David Coleman announced on Wednesday a 20 per cent increase in the number of working holiday makers granted a second-year visa.

"They got that visa because they worked and committed to working in Regional Australia," Mr Coleman told reporters at a farm in South Australia. David Coleman wants to ramp up the number of working holiday makers in Australia.
AAP

That brings the number of young people scattered across regional centres to 43,000.

"A big focus of our government's immigration program is delivering immigration to the areas of regional Australia where it is most needed," the minister said.

The National Farmers Federation, which has been calling for a separate agricultural work visa, welcomed the increase.

"We still think there's more work to do so we're very keen to get backpackers and make sure they can continue to work on farms but we need more measures that are going to address what we think is pretty severe labour shortage in rural and regional Australia," NFF CEO Tony Maher told SBS News on Wednesday.

"Backpackers come and stay for two or three years and it’s a great cultural exchange, they can earn some money that but we do need to get measures that allow people to stay for a longer period of time."

The tourism industry said accommodation providers were benefitting from the increase in backpackers completing three months of regional work to be eligible for a second year in the country.

“Working Holiday Makers are an important component of the workforce for Australia’s accommodation providers and this can be particularly the case in regional areas where a sufficient local workforce may not be available,” Tourism Accommodation Australia CEO Michael Johnson said.

Changes to the program recently announced will also mean eligible visa holders will be able to stay a third year.

There are concerns the exploitation of migrant workers is rife in the agricultural sector with researchers estimating the scale of unclaimed wages totals more than a billion dollars.

Mr Birmingham said the Home Affairs Department was cracking down on farms doing the wrong thing.

"We had 89 people recently, under Operation Battenrun, who had their visas cancelled because of inappropriate conduct in relation to labour-hire and so on."