A biotechnology law expert says Australia should implement a system to help track implanted medical devices in case they need to be recalled.

A biotechnology law expert has called for a centralised system to help medical authorities in Australia track implants in case of recalls.

The call follows an analysis that alleged technology from American company Medtronic's may be linked to as many as 9,300 deaths and 292,000 injuries in the US.

Reports submitted to US regulators last year indicate that one in five medical implants using Medtronic products proved problematic, twice the rate of any competing firm, according to a wide-reaching analysis by the International Consortium of Investigative Journalists (ICIJ).

Wendy Bonython, Associate Professor at the University of Canberra, told SBS News, Australia relies heavily on the European Regulator carrying out assessments on these medical devices before entering our market. Faulty medical devices have reportedly been used widely due to lax regulation in Europe, a lack of transparency, and poor regulation.
Supplied

However, she said currently there is no way to track the patients that have implants and let them know if their model has been recalled.

"The other thing is we know that patients are generally not particularly well-informed when there are recall notices being issued by the regulator, or when there are devices that are becoming problematic.

“So we know that a lot of people who have suffered from adverse consequences caused by medical devices have actually found out themselves through the use of social media networks and groups.” 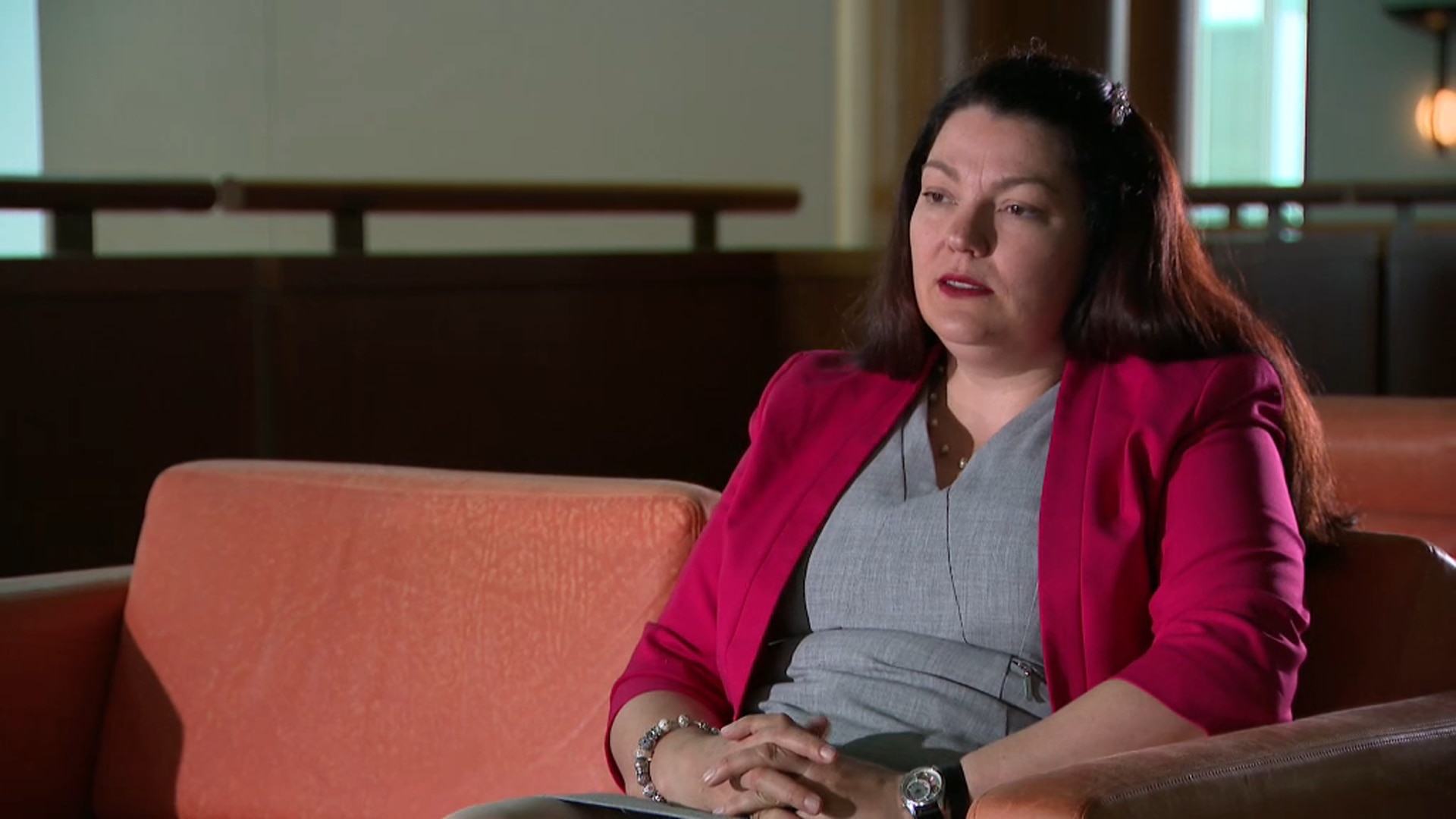 Wendy Bonython is an associate professor from the University of Canberra.
SBS News

She said as a bare minimum a centralised system should be implemented to allows medical bodies to track who has these devices and warn them if there is an issue.

"We just don't know whereabouts these things are once they are sold," she said.

"As an absolute minimum, we need to see an implementation of an implantable device register. Whereby, every patient who has a long-term implantable medical device: their contact details, the make, the manufacturer and the model, all those things are tracked and recorded." She had a Medtronic Synchromed Pump implanted in May last year, but around a year after the pump was implanted, problems began. The device had dislodged and come loose, and was flipping end over end, inside her.

She told SBS News it was "concerning" to find out the pump model had been subject to recalls in the US and she was soo undergoing surgery to hopefully fix the issue.

Ms Karo supported a system that would allow medical authorities to contact a patient to inform them their implant could be faulty.

The ICIJ inquiry, titled "Implant Files" and drawing on contributions from reporters in 36 countries, found that authorities in Japan, Norway and Australia had also identified Medtronic products as the source of the largest numbers of complaints over the past five years.

Among the findings: Since 2008, insulin pumps or their component parts produced by Medtronic for diabetics have been potentially implicated in more than 2,600 deaths and 150,000 injuries in the US.

ICIJ reporters interviewed patients or family members of victims in Finland, Germany, Canada, India and the United States who said Medtronic was slow to provide answers about problems with insulin pumps -- and did not always inform them about their risks. The US Food and Drug Administration (FDA), which oversees such products, said that it should not be surprising that the leading producer of medical instruments would also be the subject of the largest number of complaints since it makes the most devices, the ICIJ noted.

But in a lengthy article on its internet site, the consortium lists numerous cases in which Medtronic has been accused of legal or ethical breaches, either over debatable uses for its implants, or for questionable relationships with doctors who use the products or who are behind favourable studies about them.

In a written response to the ICIJ, a Medtronic spokesman, Rob Clark, insisted that patients' welfare was the company's top priority and that Medtronic respected "the highest standards of ethical practice." How a dust storm can harm your health

"Allegations are not facts and should not be interpreted to suggest that Medtronic violated our legal, ethical or regulatory obligations in any way," Clark said, while adding that any medical product carries a degree of risk.

Medtronic makes devices to help control diabetes, manage chronic pain and alleviate Parkinson's disease, and has invented a wireless pacemaker the size of a vitamin pill.

The ICIJ credited the $400 medical device industry with developing lifesaving products, while saying it had also "pushed against or broken legal and ethical boundaries."

The Washington-based ICIJ brings together ad hoc collaborations of journalists from around the world to investigate issues of global interest. It won a Pulitzer Prize in 2017 for a series titled the "Panama Papers," an expose on offshore tax havens.