Rare, beautiful and deadly sawfish once swam in waters from Sydney to Perth but these days you're more likely to spot one nailed to the wall of a pub than see them in the wild.

Hunted for their saw-like snout, which grows up to two metres long and makes a sought-after fishing trophy, the shark-shaped fish has retreated to a few isolated pockets in northern Australia. How to stop poaching and protect endangered species? Forget the 'kingpins'

Zoologist Barbara Wueringer says fear of the giant fish, which can grow up to six metres long, likely also contributed to its near-extinction.

"The International Union for Conservation of Nature also listed them among the one hundred most endangered animals in the world - they're up there with rhinos." 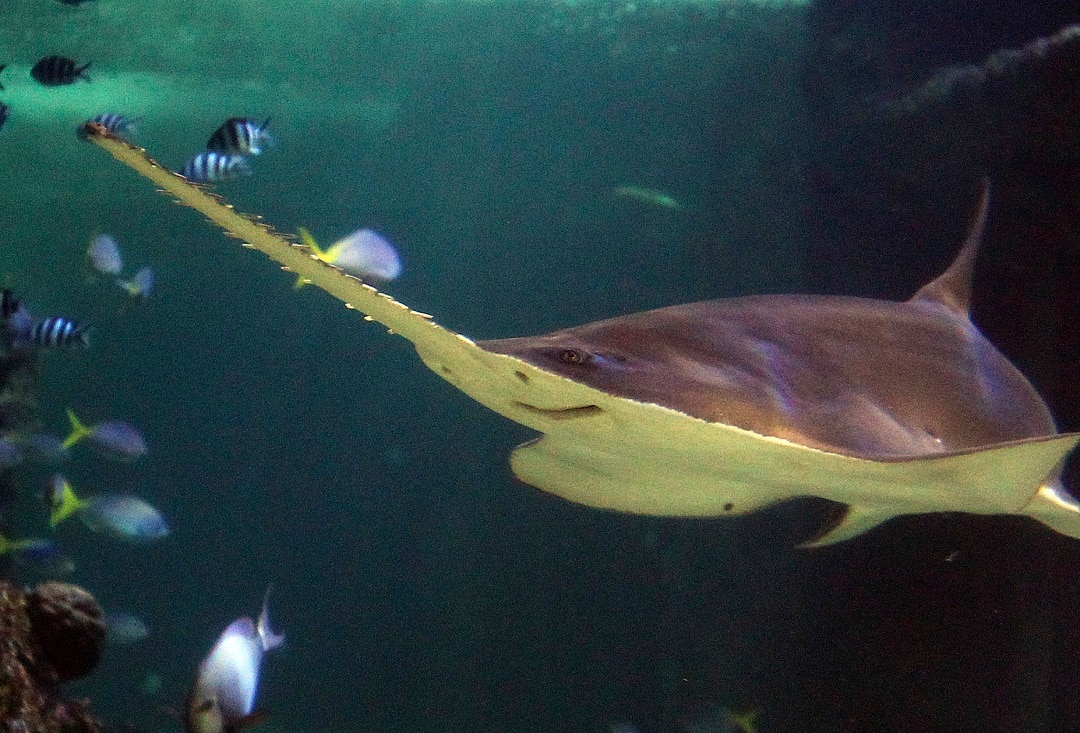 A critically-endangered sawfish swims at the Sydney Aquarium in Sydney, Australia.
AAP

The last populations of Australia's sawfish are thought to live across the Top End but there is little data to confirm how close to extinction they are.

Dr Wueringer wants to answer that question and find out what can be done to save them.

"Everyone who has seen a sawfish is pretty fascinated by them ... people aren't targeting them but every now and then a sawfish does take bait," she says.

Older Australians have told Dr Wueringer they remember when large sawfish were regularly caught and there was one unconfirmed sighting of a sawfish in northern NSW about 10 years ago, she says. 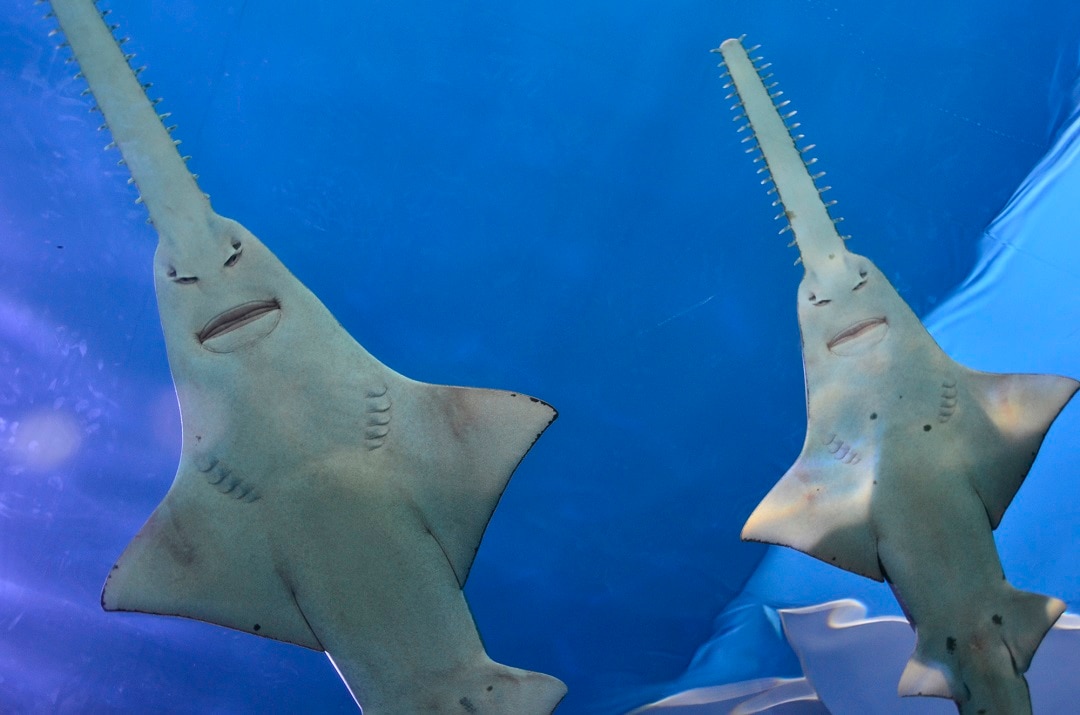 A pair sawfish at the Sydney Aquarium in Sydney.
SEA LIFE SYDNEY AQUARIUM

Destruction of their mangrove habitat and the use of nets, which tangle on their snouts, have seen them disappear from their former range.

Fisherman harvesting the animals for their fins is another obvious factor, Dr Wueringer says.

Sawfish move easily between fresh and salt water, hunting along the bottom of shallow muddy rivers and estuaries, swinging their snouts like a metal detector to unearth animals beneath the sand.

They're also known to slash at free-swimming fish, stunning or cutting them in half before gobbling them down.

Dr Wueringer wants to hear about sawfish sightings, be it of a live fish, a saw on the wall of a local pub or a photo. They can be reported at https://saw.fish.