SBS News looks at the story behind the persecuted minority and the current refugee crisis.

The Rohingya are a Muslim minority group from Buddhist-majority Myanmar.

Despite living in Myanmar for generations, many within the country consider them illegal immigrants.

As a result, the Rohingya have faced years of persecution, peaking with a major government crackdown in August 2017 which led to "one of the fastest refugee exoduses in modern times".

Rohingya is the name given to Sunni Muslims originating from the Arakan (now Rakhine) region of Myanmar.

The name 'Rohingya' dates back to around the 7th Century and was originally a term used to refer to people with darker skin. 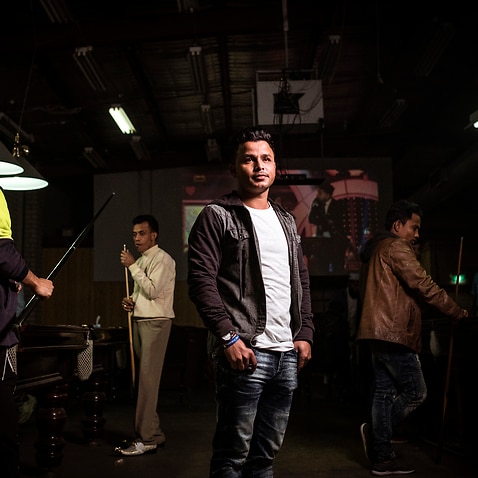 Dr Jonathan Bogais from the University of Sydney told SBS News that sectarian conflict between Muslim and non-Muslim people in Myanmar dates back to the early days of the British East India Company operating in Bangladesh.

Local workers were sent south to develop plantations to supply the company. There was no border between Bangladesh and Myanmar at the time.

"As the Muslim population expanded, conflict developed," Dr Bogais said. "Conflict had been going on for the better part of 200 years, but really emerged in the late 1800s and it never stopped."

"[After] the British colonised Myanmar, the geopolitical division changed. A clear distinction between Bangladesh and Myanmar emerged, and, of course, the Rohingya people stayed there."

A history of conflict

While the Myanmar government recognised the Rohingya as citizens in 1948, following independence from the United Kingdom, there was a seismic shift in perception after the 1982 Citizenship Law.

The new law recognised anyone who had migrated during British rule as illegal immigrants, applying this to all Rohingya people. Around a quarter of a million refugees left Myanmar for Bangladesh after the Rohingya were refused citizenship and officially designated a foreign population within the country. 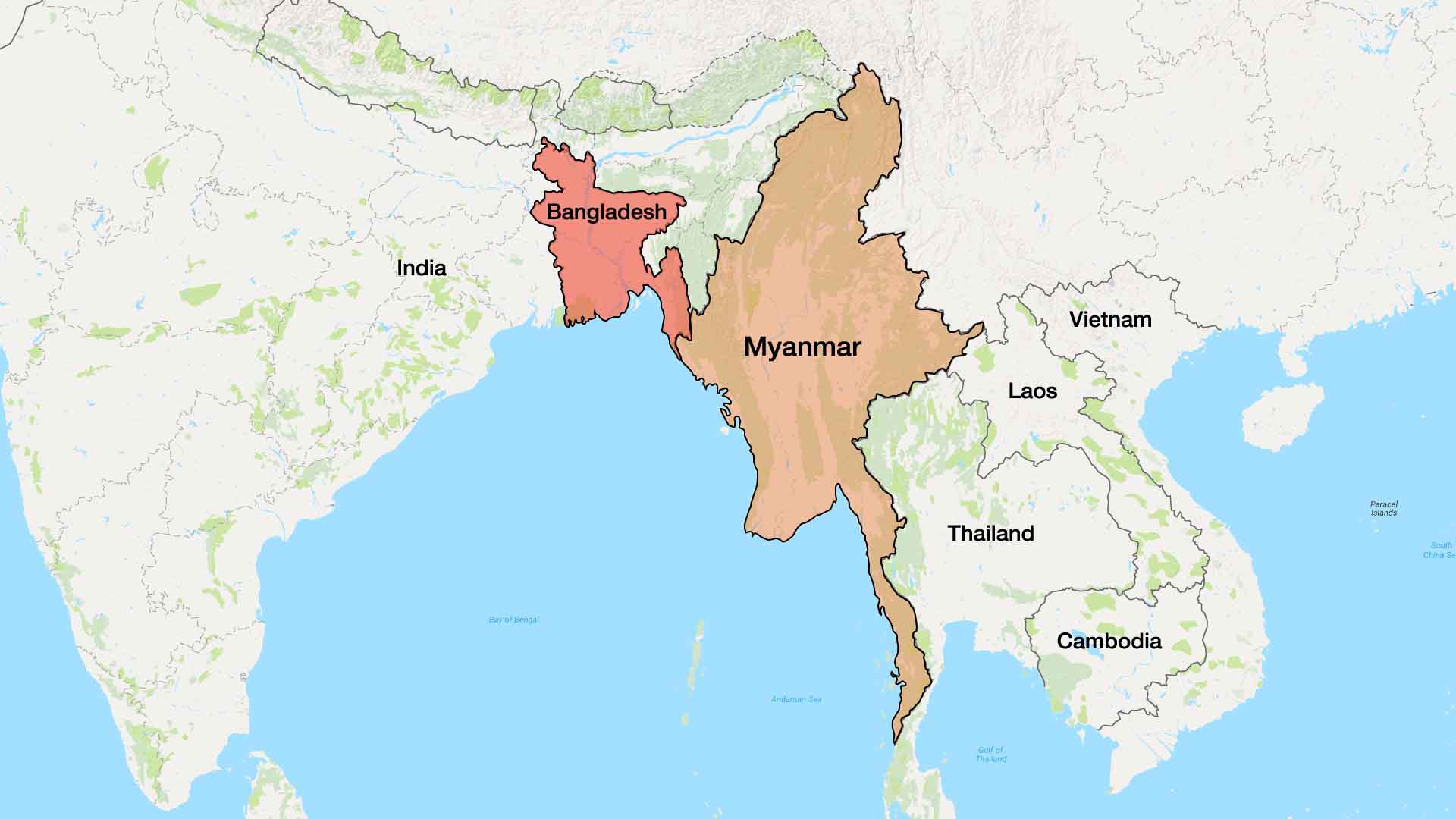 Hundreds of thousands of Rohingya were forced to congregate in Rakhine state after another agreement between 1992 and 1997.

Persecution is a recurring theme for Rohingya people. Animosity lingers "mostly due to what the Buddhists look at as overpopulation of Muslim people," Dr Bogais said

This is despite Buddhists making up 90 per cent of the population.

In 2012, violent clashes between the Rohingya Muslims and Buddhist nationalists escalated.

But this conflict peaked when the Arakan Rohingya Salvation Army (ARSA), deemed a terrorist group by the government, clashed with Myanmar forces in August 2017.

On 25 August 2017, a group of Rohingya militants carried out deadly attacks against a small number of Myanmar forces in Rakhine state. The Myanmar military responded with a widespread crackdown against nearly all the Rohingya population in the area.

"Military and civilian officials have repeatedly denied that security forces committed abuses during the operations, claims which are contradicted by extensive evidence and witness accounts," the group says. 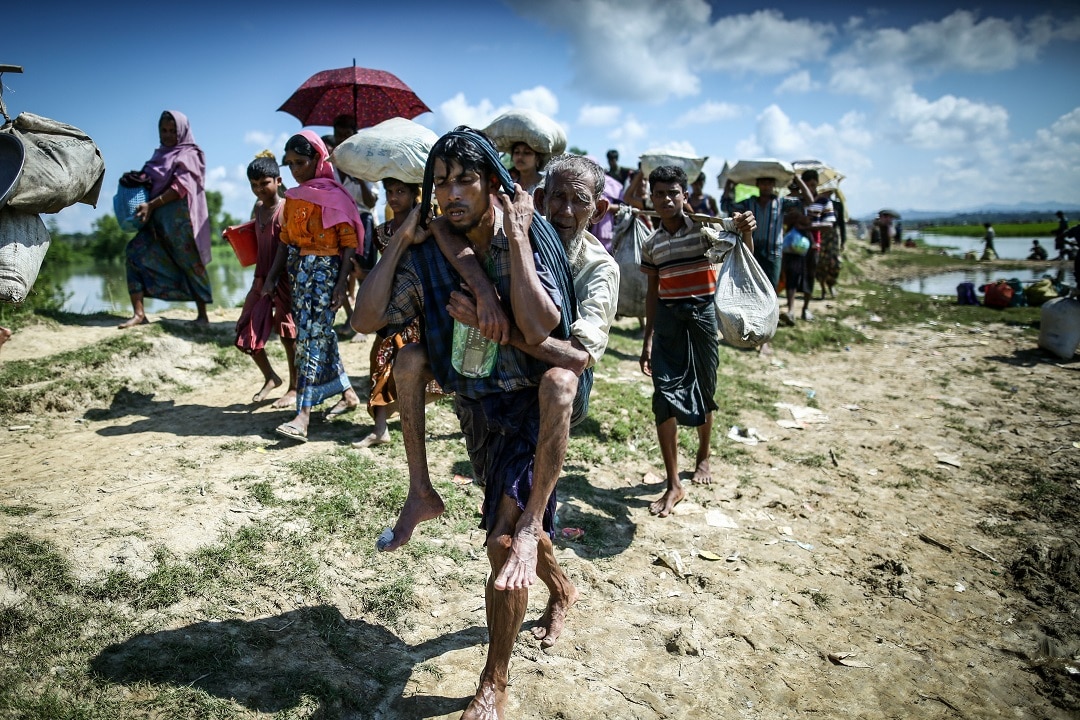 Doctors Without Borders (MSF) estimates at least 6,700 Rohingya were killed in the first month of the army's campaign alone. The US and UN brand the operations carried out by security forces as ethnic cleansing.

As a result, some 700,000 Rohingya have since been driven into Bangladesh. The International Crisis Group has called it "one of the fastest refugee exoduses in modern times".

The international community has heavily criticised the Myanmar government in the fallout of the Rohingya exodus - specifically its de facto leader, Aung San Suu Kyi.

An online petition on Change.org garnered more than 440,000 signatures calling for her Nobel Peace Prize to be revoked.

Human rights advocates including as Pakistan's Malala Yousafzai and South African Desmond Tutu urged Ms Suu Kyi to stand up for the Rohingya.

My statement on the #Rohingya crisis in Myanmar: pic.twitter.com/1Pj5U3VdDK

And while the military remains independent of the civilian government in Myanmar, the UN investigator of human rights in Myanmar Yanghee Lee has accused Ms Suu Kyi of "complicity" in the slaughter of Rohingyas.

"She was never a goddess of democracy and human rights ... She was a politician and is still a politician," Ms Lee said in February 2018.

The Rohingya who fled Myanmar now live in sprawling camps in Bangladesh near the Myanmar border. Sanitation, access to food, and safety remain enormous concerns, especially as the wet season currently batters the camps.

In November 2017, Myanmar and Bangladesh agreed to a repatriation deal. Myanmar committed to taking the Rohingya back in that deal but few, if any have returned. Rohingya leaders say that those sheltering at overflowing camps in Bangladesh will not go back until their safety and rights are guaranteed. Meanwhile, large areas of Myanmar's Rakhine state have been largely sealed off since the crisis exploded, with Myanmar undertaking a massive reconstruction programme critics say amounts to the erasure of Rohingya history.

"What we are seeing in Rakhine state is a land grab by the military on a dramatic scale. New bases are being erected to house the very same security forces that have committed crimes against humanity against Rohingya," said Amnesty International's crisis response director Tirana Hassan.

And it remains to be seen if anyone involved in Rohingya atrocities will be held responsible.

Rights groups have said senior members of Myanmar's security forces including commander-in-chief Min Aung Hlaing should be investigated, but so far the country has faced little real censure on the international stage except for targeted sanctions against a handful of military officials. 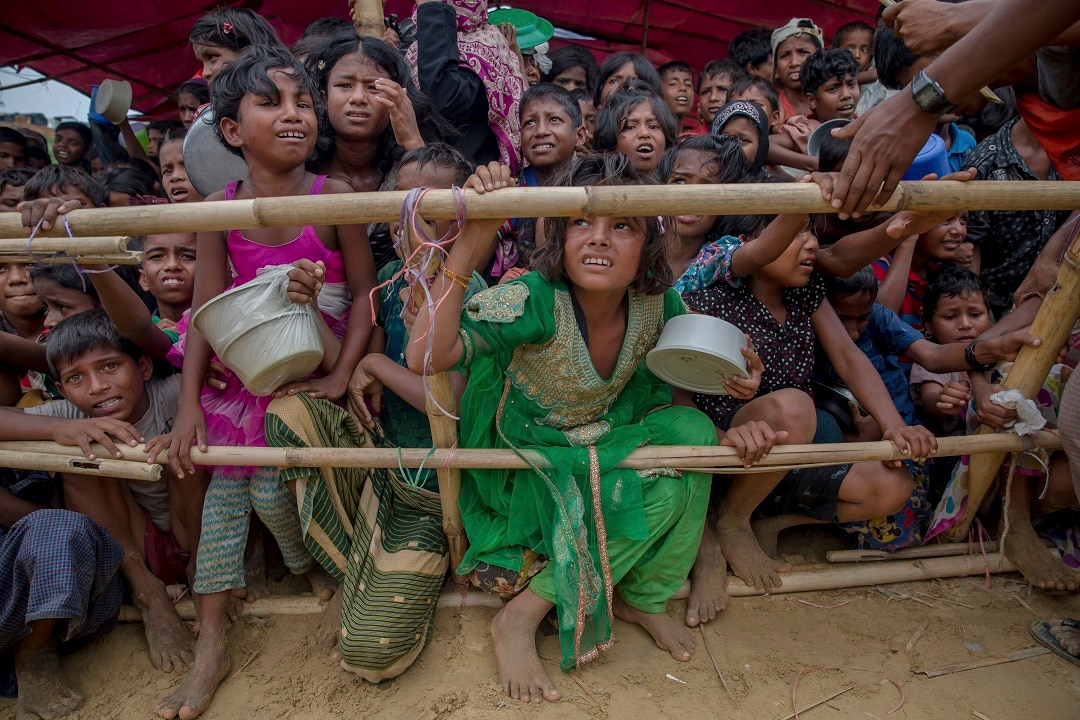 Rohingya children in Bangladesh wait for their turn to collect meals.
AAP

There is also a new Myanmar-led commission to examine abuses, but this has been denounced by many observers as an empty stunt that will fail to establish accountability.

In August 2018, UN agencies urged the Myanmar government to look into three key areas: "granting effective access in Rakhine state, ensuring freedom of movement for all communities, and addressing the root causes of the crisis".

In the meantime, the fate of the thousands of Rohingya stranded in Bangladesh remains unclear.

This article was originally published in October 2017 and updated in August 2018.