People on Newstart will now receive one-off payments of at least $75 to pay their power bills, after excluding them from the initial announcement.

The government's last minute decision to extend power bill relief payments to unemployed Australians has blown an $80 million hole in the budget less than 24 hours since it was handed down.

Treasurer Josh Frydenberg announced the extension of the payments of at least $75 as he began a media blitz at dawn to sell his first budget.

People on Newstart were initially excluded from the "energy assistance" budget sweetener for other welfare recipients, which is worth $75 to singles and $125 for couples. But the government has bowed to pressure and agreed to extend the one-off payment to the unemployed, despite the change not being reflected in Tuesday night's budget.

Mr Frydenberg told the National Press Club it would cost $80 million this financial year, but would not affect the projected surplus in 2019-20.

"Last night, the Prime Minister, the Finance Minister and myself discussed the issue. We thought it was appropriate to extend it," Mr Frydenberg said.

While the government has backflipped on the one-off payment, it has ignored calls from the welfare sector to increase the Newstart allowance.

Cassandra Goldie, from the Australian Council of Social Services, is urging parliament to block income tax cuts unless the jobless payment is raised. Budget calculator: How will you be affected?

"We urge the parliament to block any attempt to rush through the tax cuts in the final days before we go to an election, and instead commit to urgently increasing Newstart and Youth Allowance," she said.

At the same time, the government plans to crackdown on over payments by using an automated income-reporting system.

While there's no change to eligibility criteria or entitlements, the government plans to save $2.1 billion over five years.

Labor Leader Bill Shorten told reporters on Wednesday morning that they would consider an increase to Newstart if elected in May.

"We have said we will review Newstart, we do believe it's too low," Mr Shorten said.

Labor was planning to test the government's numbers in parliament by proposing to include Newstart and other welfare recipients in the payments.

"It wouldn't be the first time the government has tried to head off a bushfire," Mr Shorten told Sky News.

"Perhaps when they designed it, they should think about people."

However, Mr Shorten said the electricity payments pointed to a deeper problem plaguing the Morrison government, arguing the one-off "con" was designed to conceal a lack of climate policy. 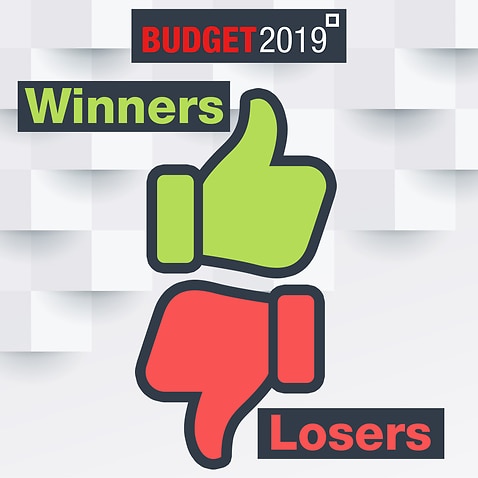 Announcing the pre-election enticement at the weekend, the government argued the unemployed would not benefit because it was limited to those "who don't have the opportunity to work or earn additional income".

Instead, it was targeted at aged and disability pensioners, carers, veterans and single parents - a position confirmed in Tuesday night's budget papers.

The government copped fierce criticism for excluding the unemployed from the energy rebate, with seniors' advocates arguing older Australians had been left out in the cold.

"Surviving on Newstart and looking for work after a lifetime of employment is soul destroying enough," Mr Yates said.

"Being told you aren't eligible for the same help with bills as others receiving income support is outrageous and must be remedied immediately."

Subject to legislation passing parliament on Wednesday, the one-off payments will be exempt from income tax and paid automatically by the end of June.