A document from the Clark County Sheriff's Office says the FBI now classify the Proud Boys as an "extremist group".

A group newly classified as an “extremist group” by the FBI is expected to grow its membership in Australia, a hate crime researcher says.

The FBI has listed the Proud Boys as an 'extremist group with white nationalist ties" as of 2018, according to a report by the Clark County Sheriff's Office uncovered by The Guardian.

Tasmanian University lecturer Kaz Ross said the chapters of Proud Boys forming in Australia are quite small and it is hard to tell how the group will develop – compared to the US chapter.

But she expects numbers will be boosted after Proud Boys leader Gavin McInnes’ planned tour in December. 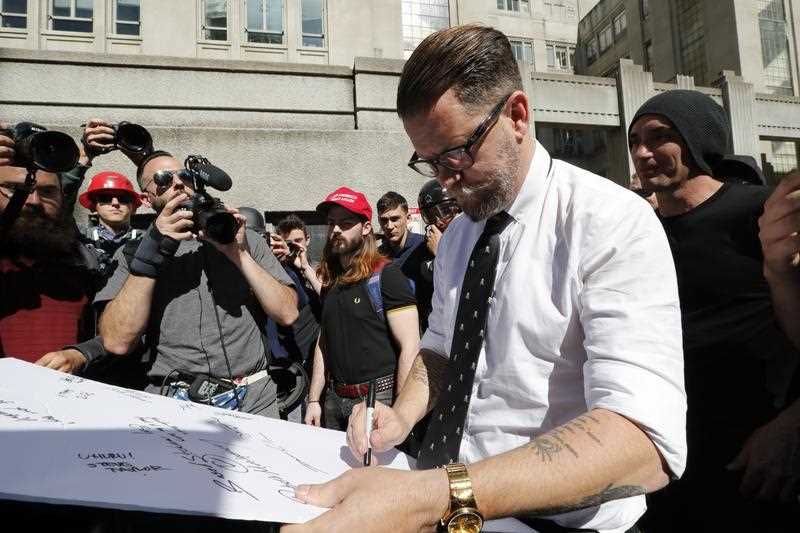 Vice Media co-founder Gavin McInnes (R) signs an autograph while being escorted to his car.
EPA

“So with the proposed tour of Australia by the leader Gavin McInnes, we would be expecting to see the Proud Boys really having a boost of membership and starting to come into their own - in numbers - in public.”

A Change.org petition already has 53,000 signatures calling for Mr McInnes to be banned from entering Australia as part of The Deplorables tour.

This coincides with Shadow Immigration Minister Shayne Neumann asking for the immigration minister to “refuse” Mr McInnes’ access into Australia, according to ABC’s The Hack.

But Ms Ross said bringing in far-right speakers to tour Australia is a lucrative market at the moment.

“Australia is a great commercial market of these guys. First of all we are very closely connected to American culture already. A lot of people have familiarity with what’s going on in the US, so it translates pretty straight across,” she said. 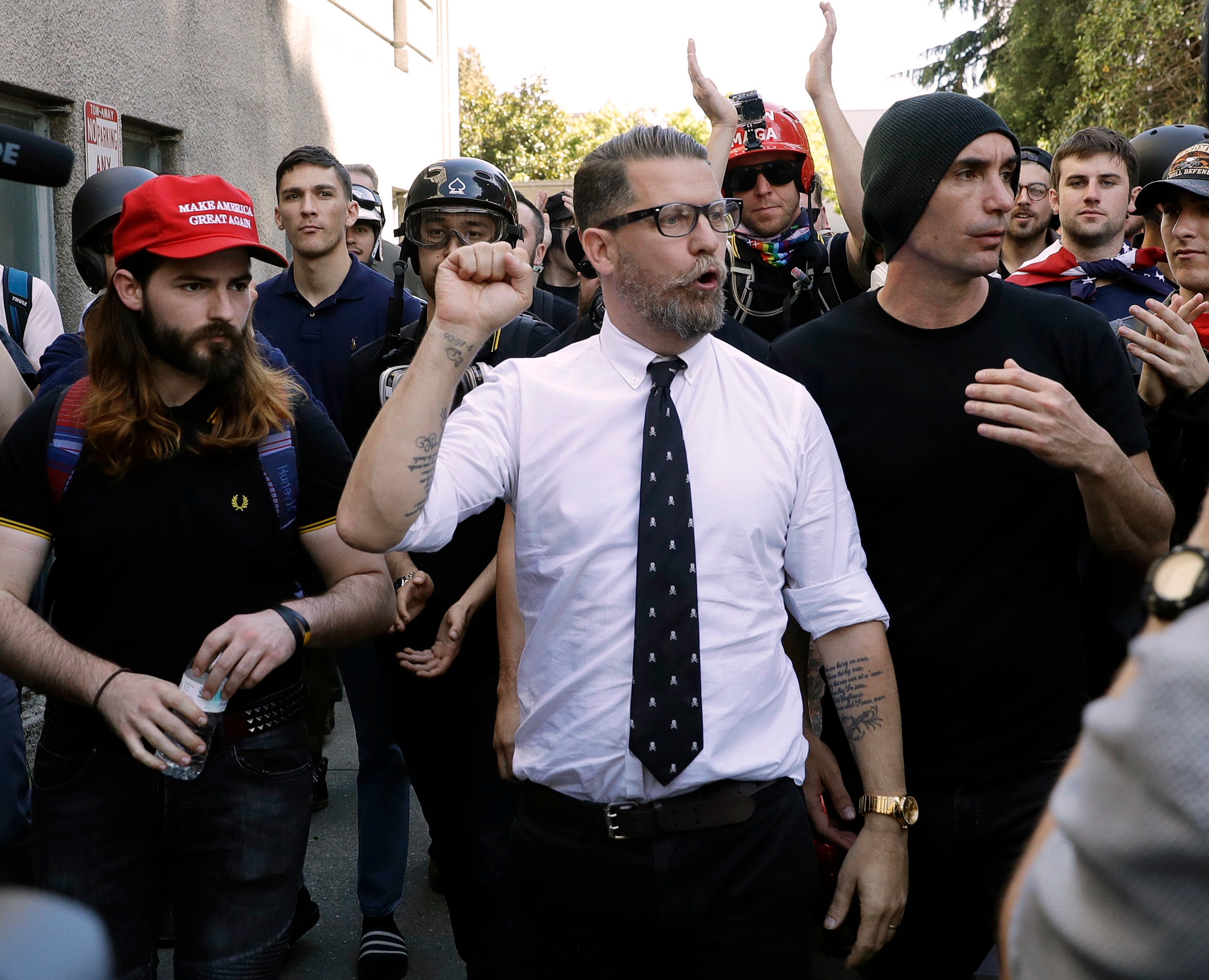 Gavin McInnes, center, founder of the far-right group Proud Boys, is surrounded by supporters after speaking at a rally in Berkeley, California.
AP

“And secondly we have entrepreneurial promoters here that are keen to make a dollar. You bring these kinds of guys to town and sell out your shows…and make a bit of money.” 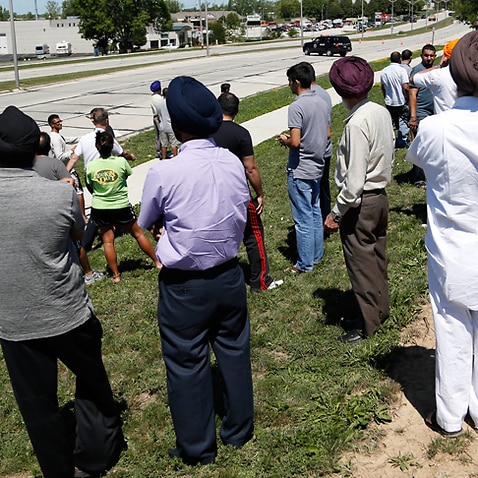 US hate groups on the rise

SBS News has reached out to Proud Boys and The Deplorables Tour for comment.

Who are the Proud Boys?

The Proud Boys were established in the midst of the 2016 presidential election by VICE Media co-founder Gavin McInnes and are listed as a hate group, according to the Southern Poverty Law Center. Mr McInnes left VICE Media in 2008.

The group describes itself as "western chauvinists" but deny any affiliation with the racist "alt-right", according to the SPLC. 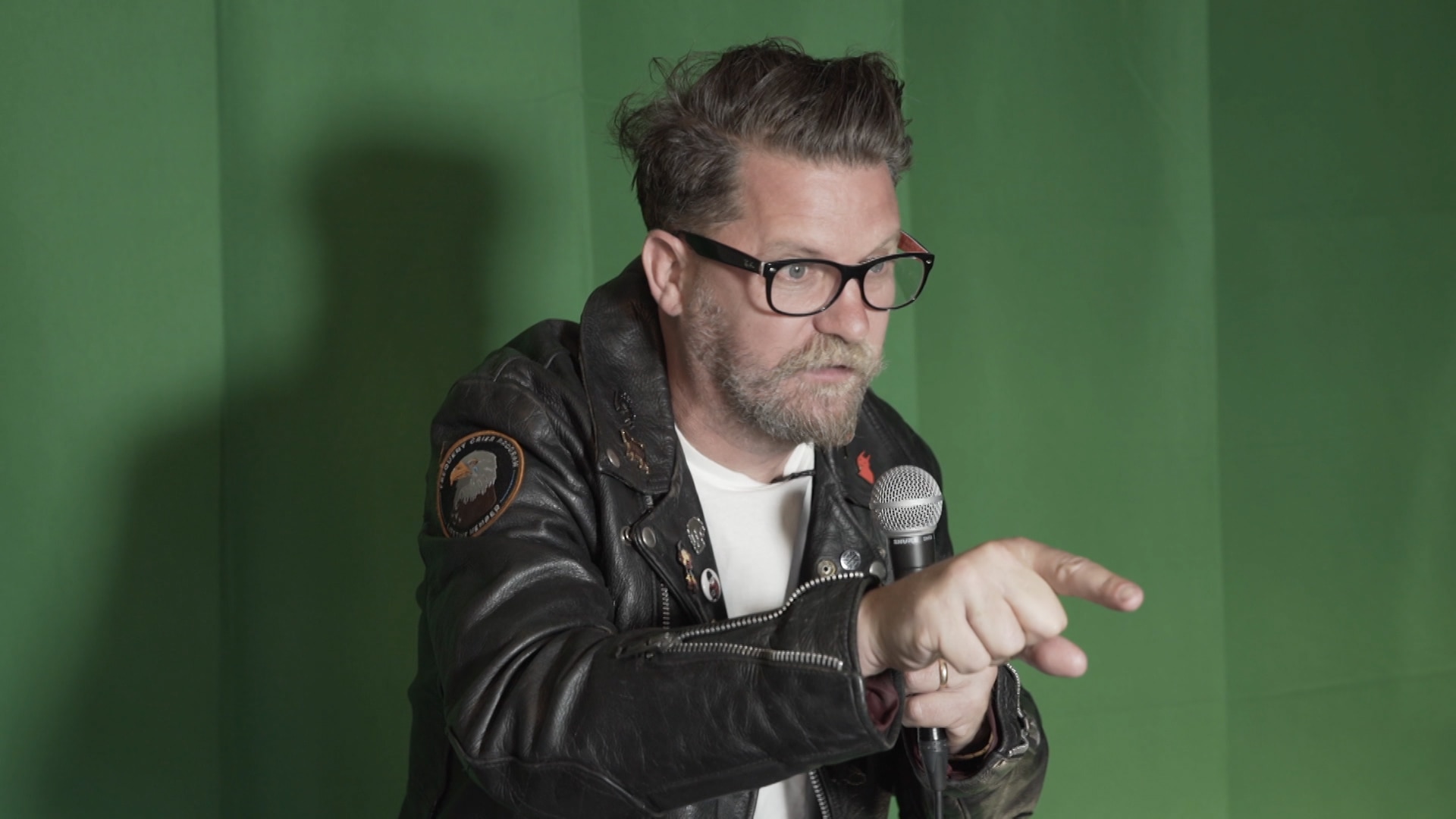 The male-only group was created in 2016 and has chapters across US, Australia, Canada and the UK.

In an interview with the New York Times in 2003, leader Mr McInnes said: “I don't want our culture diluted. We need to close the borders now and let everyone assimilate to a Western, white, English-speaking way of life.''

On the Proud Boys website it reads: “I am a Western Chauvinist and I refuse to apologise for creating the modern world.”

Members of the Proud Boys are often seen wearing black and gold Fred Perry shirts, which has prompted the chairman of the iconic clothing brand to distance the company from the group.

“They not only believe that western civilisation is great, they believe it is actually better than other civilisations,” she told SBS News.

Members of the Proud Boys have reportedly been involved in multiple violent clashes.

In October, New York Governor Andrew Cuomo called on the State Police and FBI to look into a brawl, which was reported to have involved members of the Proud Boys following an event headlined by Mr McInnes.

In Portland, Oregon, in 2017 members of Patriot Prayer and Proud Boys clashed with anti-fascist protesters that saw nine people arrested, according to the Huffington Post.