There are 206,000 Bougainvilleans enrolled to vote on independence from Papua New Guinea, each with their own story to tell about the brutal civil war and their hopes for the future. They’ll find out the preliminary results of the referendum this month. A foot soldier in the Bougainville Revolutionary Army (BRA) during the civil war, Joe Noubiri left for the Papua New Guinea mainland afterwards with his family to find work and pay his children’s education. Three years ago he returned to the former capital Arawa to work as a gold smelter to process the precious metal extracted by alluvial miners from the Penguna mine tailings waste.

“I support the opening of the Panguna mine because when mine is open we are going to have money. We have a good future. I know that when we are independent we are going to do everything to look after our people,” he tells SBS News. Sam Kauona was a general in the BRA and will run for president of the autonomous region at elections in March. He has plans to reconstruct the former capital Arawa with the help of Chinese developers and believes Australia owes an apology to Bougainvilleans for their role in the conflict so there can be a meaningful bilateral relationship.

“Australia is supporting a lot in agriculture, social development and people have come to accept them but there has to be a time of reconciliation with Australia and Bougainville. After independence that has to take place.” Running gun battles in Theresa Jaintong’s street in Arawa during the civil war forced her to flee into the bush with her family. The former mayor of the town who is from the landowner group supports the reopening of the Panguna mine after independence.

“They’re talking about the economic side of agriculture and fisheries but we cannot do it quickly because we have to turn it into cash, Panguna is readily available.” 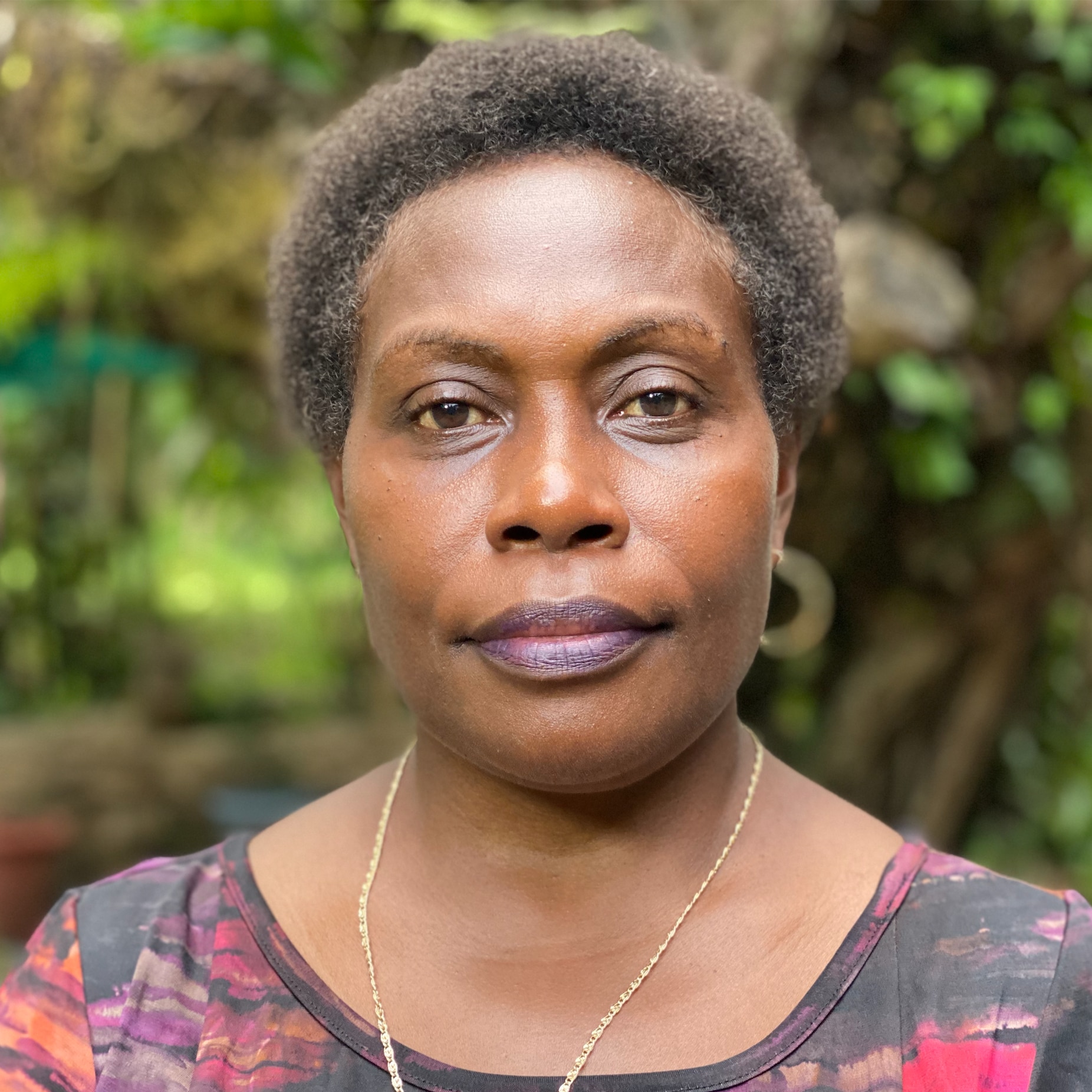 Genevieve Korokoro was at school in Toowoomba in Queensland during the civil war and after peace returned to Bougainville to become deputy mayor of Arawa. She believes independence will bring prosperity to her people and the impoverished township after years of neglect by the PNG government. 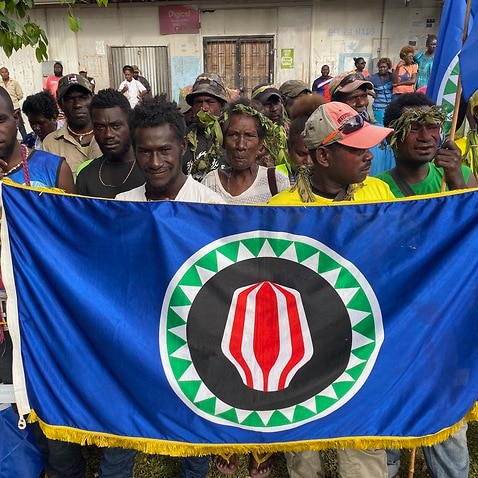 Bougainville could be the world’s newest nation, as Pacific island goes to polls

“Well, my vision for Arawa is it’s going to be the capital of the new Bougainville … Oh yes, there’s a fibre optic cable coming in from Huawei China.” For 17 years, former BRA sergeant Alex Dakamari has walked an hour every day from his village to command the infamous Morgan Junction roadblock into what was the ‘no-go zone’ around the Panguna mine. While his unit of heavily armed Mekamui combatants no longer stands guard with guns since disarmament, he still checks the bonafides of foreigners coming into the area.

“Outsiders might come in posing as tourists and then doing illegal activities. This is not settled yet. We have to follow proper process to enter, tell us where they are going, it is based on cultural practice and signals, this is not finished yet, it is still on.” In matrilineal central Bougainville, Salithia Bitanuma is the daughter of the chief of an area downstream from the Panguna mine. Their livelihoods were severely impacted with the tailings polluted their river and the surrounding land was spoilt. She, like most villagers nowadays, scratches a living by panning for gold in the tailings and doesn’t want the Panguna mine to reopen. 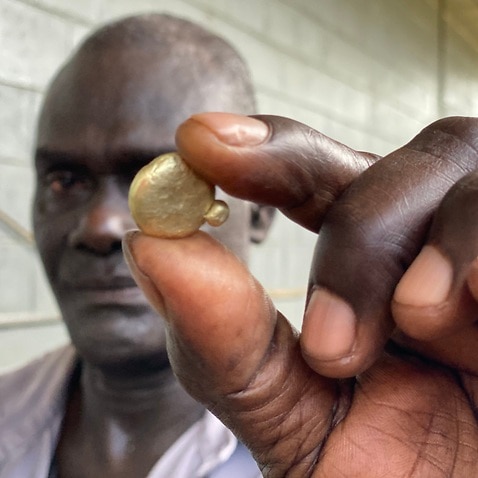 “I want to make my life easier than panning for gold here under the hot sun. The mine waste has covered all the good things here and brought some kind of disease. Make some kind of different mining, not the one they’ve done before.” During the civil war, Ruby Markina undertook the dangerous sea crossing between Bougainville and the Solomon Islands to run the PNG government’s block of the island and bring medicines for wounded, sick and starving people. She is the only female referendum commissioner and wants women to take a greater role in the largely male-dominated Bougainville government.

“It is going to the best poll ever held in Papua New Guinea, 206,000 have enrolled and it will be in a free, fair and safe environment so that it will be a credible referendum. It is a mechanism for sustainable peace and we must thank Australia for the funding support.” Everlyn Banas describes herself as a hardline anti-miner and grassroots women’s empowerment campaigner and is a former president of the Central Bougainville Women’s Association. She makes a living by selling farm produce, handicrafts and Bougainville merchandise at the Arawa market.

“We want our natural resources and we must take ownership, we must use agriculture and natural resources, not give it to foreigners. We are matrilineal society, and woman is the landowner in here, and women do all the hard work in the gardens. Llane Manau is a filmmaker and journalist who produced satirical short feature ‘Referendum! Em Husat’ to educate Bougainville people about the voting process. She is working for news service Agence France Press (AFP) during the referendum.

“I’m working on another film soon now and I would really like one day when we are independent to have a Bougainville film festival here, to promote our local culture and show films from elsewhere here too.” 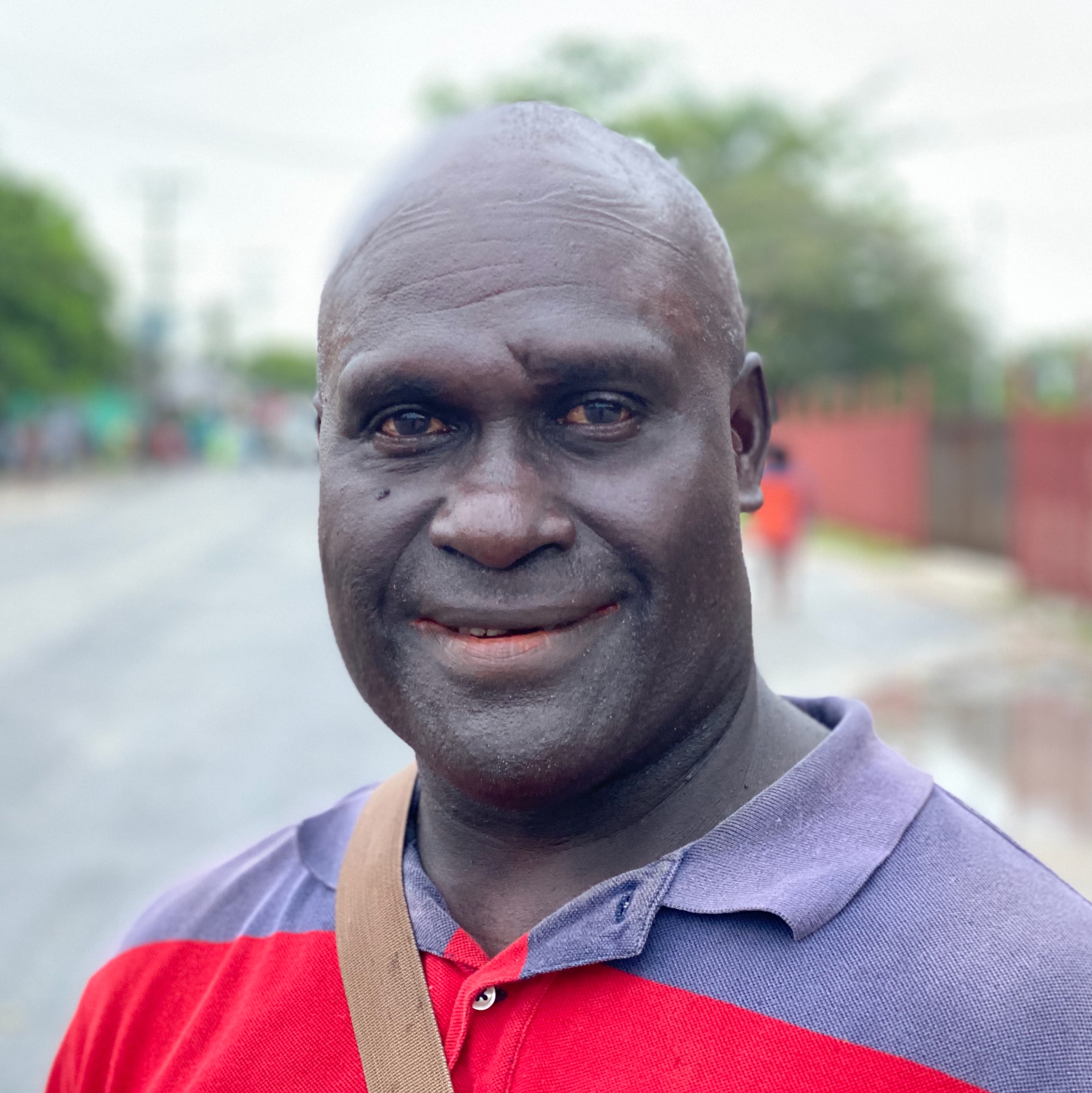 General Moses Pipiro of the BRA visited the interim capital for the first time in 30 years just ahead of the referendum. As a leader of the Mekamui Defence Force based around the Panguna mine, he agreed to disarm just ahead of the vote in a gesture of goodwill and says it is too early to talk about re-opening the mine. “Importantly the people, they still cry, their lands disappear. We fought for our land and our environment, to preserve, and the PNGDF [security forces] they kill many people here. After the referendum we shall see, because now we are focused on the unity on Bougainville, if we try to talk about opening the mine, we create the other monster again.” James Tanis is the former president of the Autonomous Bougainville Government (ABG) and plans to run again in elections in March. After being a combatant in the war for liberation, he now sees international diplomacy as a key element to ensure what is expected to be an overwhelming ‘yes’ vote becomes a reality.

“PNG has a moral responsibility to accept the outcome of the referendum and also Bougainville people be patient to get a proper stable transition. This is the birth of a new nation at hand, so the international community must start preparing itself, especially the neighbouring countries, welcome a new state into the international system.” John Momis is the president of the Autonomous Bougainville Government and seen as the father of decentralisation in Papua New Guinea. He played a pivotal role in ensuring the independence referendum promised in the peace agreement of 2001 was held by next year’s deadline and cast the first vote. He will retire in March after five decades in politics.

“I’m very happy my dream to empower people in a way that is democratically appropriate has been finally achieved. Bougainville is on the verge of freedom, we are on a mission, and our mission is to liberate Bougainville, and enable the people to be free to decide and manage their own affairs.”