Three-year-old Kayban Jamshaad is facing deportation from Australia because of the cost of his health care.

A tribunal will decide whether it has legal jurisdiction to overturn a decision by the Department of Home Affairs to deny a visa to a three-year-old boy with disabilities, before conducting a review of the case.

Kayban Jamshaad was born in a Western Australian hospital in July 2016 and diagnosed with severe haemophilia and an acquired brain injury caused during delivery.

He had previously been denied a temporary visa on the grounds that his medical needs might place an undue cost on Australian taxpayers and faces deportation to his parents’ country of the Maldives.

A hearing at the Administrative Appeals Tribunal in Perth on Thursday heard detailed evidence of Kayban’s medical condition, associated costs, and the availability of treatment both in Australia and the Maldives.

The matter was heard by senior member Kate Millar who told the family she would consider the case afresh and independently of the department’s previous decision.

But the appeal hearing was derailed when Ms Millar said it was not clear whether the AAT had legal jurisdiction to challenge decisions made by the Department of Home Affairs, due to recent changes to the Migration Act. “There was a change to the migration act around the time the request for review was lodged,” the family’s migration agent Jan Gothard said.

“This may have implications in terms of the capacity of the AAT to conduct a review and make a decision.”

Ms Millar will take seven days to receive submissions and consider whether the matter is reviewable under Section 338 of the Migration Act.

The section was amended around the time Kayban’s visa application was rejected in December 2018. 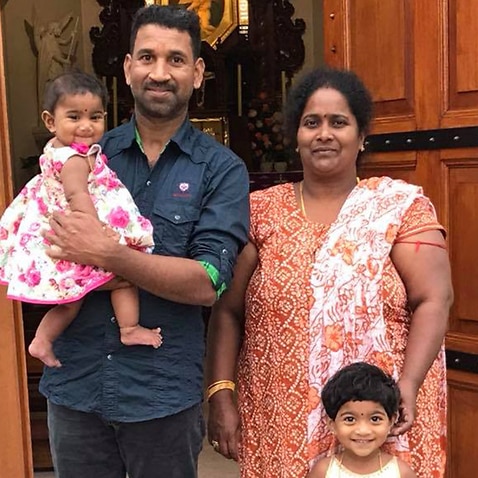 Australian airlines urged not to deport Tamil family from Biloela

The hearing proceeded as scheduled, and if the review is conducted, the AAT will consider the evidence and arguments presented on Thursday.

During the three-hour hearing, Kayban’s mother Shizleen Aisath told the tribunal her son’s medical needs were complex, and his situation could rapidly deteriorate if he were denied adequate care.

She provided written statements from medical practitioners both in Australia and the Maldives as evidence that the level of healthcare was not available in the Maldives to treat Kayban. “He would die prematurely, that is our concern,” she said.

Ms Aishath, is employed fulltime as a social worker, under a Temporary Skill Shortage visa (subclass 482).

But while Ms Aishath, her husband and two other children were granted visas, her youngest son was rejected on the grounds that his medical costs would be a burden on the Australian taxpayer.

“We need to be looked at as a family unit. As a family, we’re able to meet the needs of Kayban, our other children and live a decent life. We just want an opportunity to spend time with him.”

Australia’s migration regulations state that a visa applicant’s health care costs must not exceed $49,000 over the period of the visa.

Ms Aishath told the tribunal that she and her husband were paying for Kayban’s medical costs privately.

Dr Gothard told the tribunal that as Kayban’s condition was caused during his birth at a West Australian hospital, the Department’s decision not to grant the visa should be waived on compassionate grounds.

The appeal will continue after seven days, once the AAT has confirmed it has legal jurisdiction tor review decisions by the department of Home Affairs.

If the appeal is unsuccessful, Kayban will then need to rely on a direct appeal to the Minister for Immigration David Coleman to intervene.