Community service providers, including Jewish and Christian groups, have united to reject draft religious discrimination legislation over fears it could be harmful and favour religious expression over other rights.

The federal government has promised to prevent discrimination through its proposed religious freedom bill, but community services groups have released a joint statement opposing the legislation.

"We don't like the direction of the current draft of the bill," Uniting Vic.Tas chief executive Bronwyn Pike said.

"We don't discriminate and don't believe others should have the right to discriminate or, in fact, engage in any bigotry in the name of religion."

They are pushing for a shift in the national conversation about faith and the bill.

We oppose the #ReligiousDiscriminationBill because it allows people to use faith as a means to cause harm to others. Religious freedom must be balanced against the rights of Australians.https://t.co/an0B01QxFK

"This particular legislation is a stalking horse for people who want to promulgate homophobic and misogynist views in the name of religion," Ms Pike said.

"And that's not something that we can accept as people who provide support and services to everyone who comes through our doors."

Federal Attorney-General Christian Porter has previously said Australia has a strong anti-discrimination framework and the draft bill will extend protections. 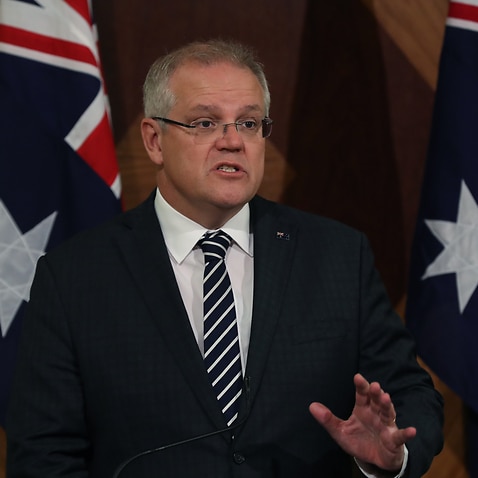 But Ms Pike said the current draft doesn't reflect Australian values as well as it could.

Mr Porter said "sensible issues" have been raised in submissions and he intends to conduct another round of consultations before the bill is finalised and introduced to Parliament.

"It's absolutely telling that we now have mainstream faith-based religious organisations saying that this is not the bill that they are looking for," he said.

"These organisations are saying this undermines the values that they represent, the values of compassion and respect and fellowship and it reflects the fact that what we've got is a radical bill that is being driven from a radical place and not a central and unifying place," Mr Hunyor said.

She too has expressed concerns that certain religious groups could receive preferential treatment over others. "In health care settings for example, it privileges the religious views of health practitioners over the needs of patients, so this can undermine national standards set by medical bodies for example," she said.

Researcher Liam Elphick from the University of Western Australia doesn't support the bill either.

"The bill goes much too far in allowing religious organisations, religious charities and other public benevolent institutions - even those just with a really sort of mere religious affiliation - to discriminate in the provision of goods and services," he said.