The National Guard has been authorised to send 15,000 troops to Washington DC as the FBI warned of planned armed protests across the US in the lead-up to Inauguration Day.

The FBI has warned of possible armed protests being planned for Washington, DC, and at all 50 US state capitals in the run-up to President-elect Joe Biden’s 20 January inauguration, a federal law enforcement source said on Monday.

Threatened with more violence from outgoing President Donald Trump’s supporters following last Wednesday’s storming of the Capitol, the FBI issued warnings for next weekend and run at least until Inauguration Day, the source said.

According to an internal FBI bulletin obtained by ABC News, the FBI has received information on a group calling for "storming" of state, local and federal government courthouses if President Donald Trump is removed from office ahead of Inauguration Day.

"The FBI received information about an identified armed group intending to travel to Washington, DC on 16 January. They have warned that if Congress attempts to remove POTUS via the 25th Amendment, a huge uprising will occur," the FBI bulletin read, according to ABC News. 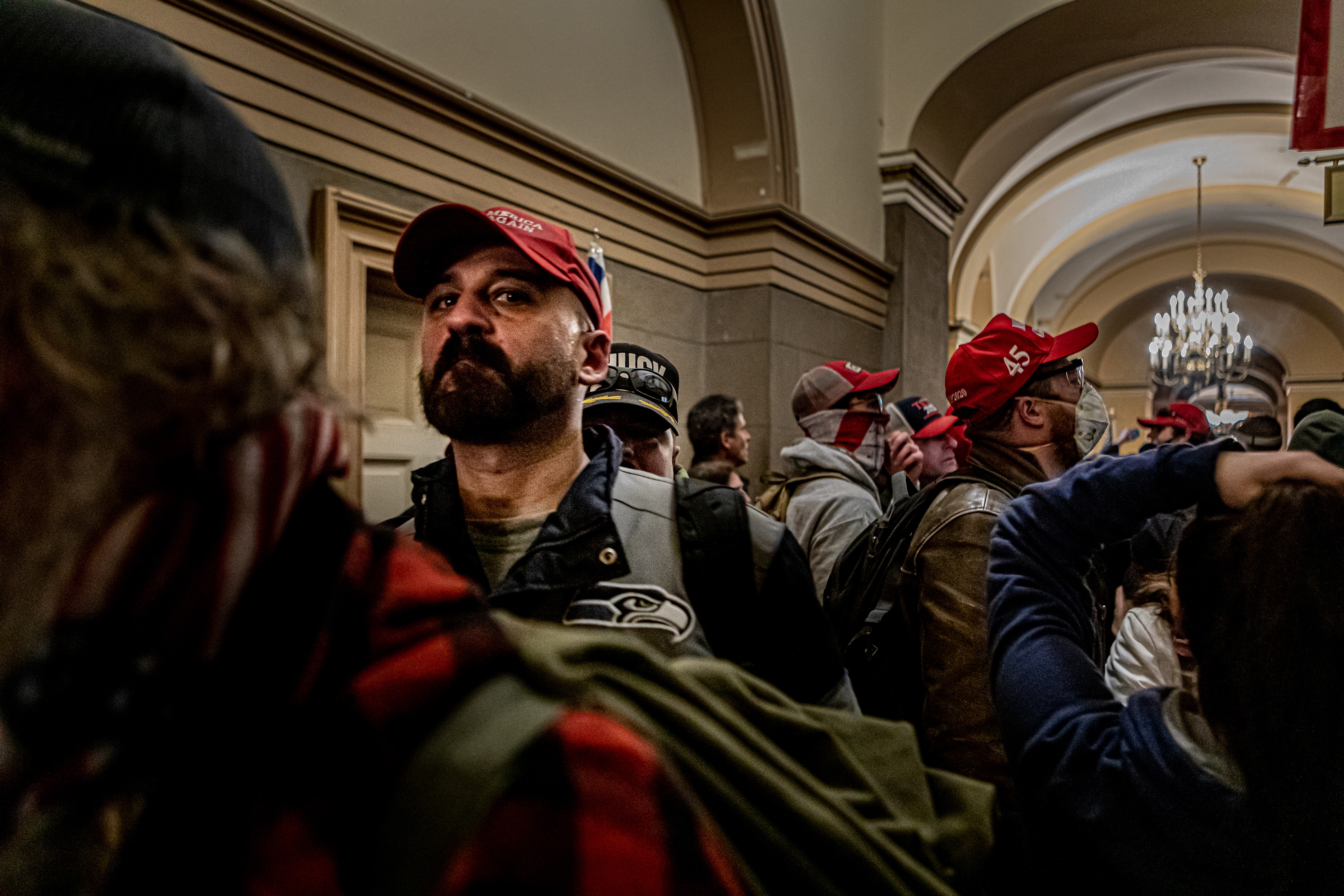 In other steps to safeguard the US capitol, the National Guard was authorised to send up to 15,000 troops to Washington, and tourists were barred from visiting the Washington Monument until 24 January.

The Chief of the National Guard Bureau, General Daniel Hokanson, told reporters he expected about 10,000 troops in Washington by Saturday to help provide security, logistics and communications.

He said the number could rise to 15,000 if requested by local authorities.

At least one lawmaker asked the Pentagon to do more. Senator Chris Murphy, who said he was sending a letter to the acting secretary of defense on Monday, said it was unclear if the National Guard would be sufficient to protect the nation’s capitol and active duty troops may be needed also.

“I’m not afraid of taking the oath outside,” Mr Biden told reporters in Newark, Delaware, referring to the traditional setting for the swearing-in ceremony on the Capitol building grounds. But he said it was critically important that people “who engaged in sedition and threatened people’s lives, defaced public property, caused great damage” be held accountable.

Mr Biden’s inaugural committee said on Monday the theme of the 20 January ceremony will be “America United.”

Mr Trump said last week he would not attend the ceremony, a decision the president-elect supported. Members of the New York National Guard in front of the US Capitol in Washington, DC, USA, 11 January 2021.
AAP

The Park Service said it would suspend tours of the Washington Monument, an obelisk honoring the country’s first president, due to safety concerns from threats to disrupt the inauguration.

Washington Mayor Muriel Bowser called for the US Interior Department to cancel public gathering permits through 24 January. “This inaugural planning period has to be very different than all the others,” she told reporters on Monday.

"Groups involved in the Jan. 6, 2021 riots at the US Capitol continue to threaten to disrupt the 59th presidential inauguration on Jan. 20." pic.twitter.com/gDXfpp4hH8

In a letter to Acting Homeland Security Secretary Chad Wolf made public on Sunday, Ms Bowser called for a fresh approach to security after what she called last week’s “unprecedented terrorist attack.”

The Secret Service heads security operations for events, including presidential inaugurations, considered to be nationally significant.

Mr Wolf said in a statement he had instructed the Secret Service to begin National Special Security Event operations for the inauguration effective 13 January instead of 19 January as previously scheduled. Protesters gathering inside the US Capitol Building on 6 January, 2021 in Washington, DC.
Getty

The assault on the Capitol, challenging the certification of Mr Biden’s victory in a November election, sent lawmakers into hiding and left five people dead. Dozens of people have been charged in the violence and hundreds more cases are expected.

Despite evidence of a fair election, Mr Trump has challenged the validity of Mr Biden’s substantial victory. US Democrats introduce article of impeachment against Donald Trump, accusing him of 'inciting insurrection'

Democrats in Congress began a push on Monday to force Mr Trump from office, introducing an article of impeachment that accuses him of inciting insurrection.

The presidential inaugural committee and Bowser have told Americans not to travel to the inauguration, and said Washington’s National Mall will be covered with 191,500 flags of different sizes, to represent the missing crowds.

A US presidential inauguration traditionally draws hundreds of thousands of visitors to Washington, but the ceremonies have been scaled back dramatically because of the COVID-19 pandemic.