The replica statue will temporarily stand in the city as a symbol of gender equality.

A replica of the famous ‘fearless girl’ statue has been unveiled in Melbourne’s Federation Square ahead of International Women’s Day on 8 March.

The 1.27 metre bronze statue - which has become a symbol of gender equality and female empowerment - depicts a young girl standing defiantly with hand on her hips.

The limited-edition statue was unveiled by US-based artist, Kristen Visbal, and Victoria’s Minister for Women, Gabrielle Williams on Tuesday.

“Fearless girl is a message for our whole global society, and I want to spread her around the world,” Ms Visbal said. “Fearless girl is, for me, an absolute symbol of women’s empowerment across cultures, across the globe and across borders," Ms Williams said.

“She comes here at a time when the conversation both here and internationally around gender equality is reaching fever pitch.” Melbourne has become the fourth city to have a fearless girl statue erected, after the original in New York City, plus other replicas in Oslo and Cape Town.

The original statue, commissioned by US-based financial services firm State Street Global Advisors in 2017, stood in front of another famous statue in New York City – the 'charging bull'. It has since been relocated to a spot in front the New York Stock Exchange. 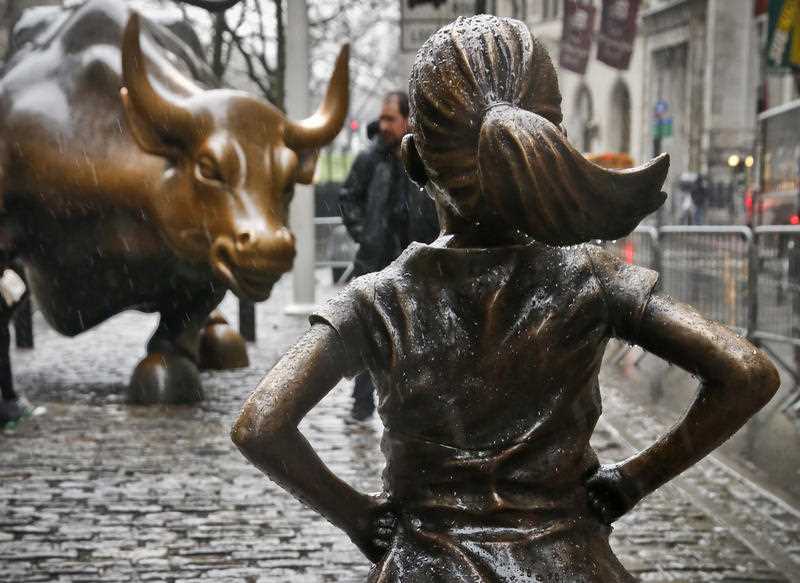 The original "Fearless Girl" statue stands across from the "Charging Bull" statue in New York City.

“I’m very said it had to occur, but I’m sure it will be resolved,” Ms Visbal said of the lawsuit.

“Fearless girl cannot be owned by anyone – it is a global message that belongs to everyone. I will continue to place fearless girl around the girl to support her message.” 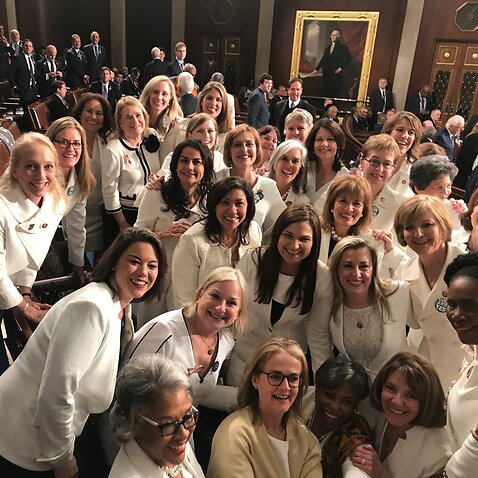 Did you notice women wearing white at the State of the Union address? Here's why

Not everyone is convinced of fearless girl’s feminist credentials.

Some have criticised the statue as "corporate feminism”, by virtue of that fact it was commissioned by a financial services firm and led to a reported $7.4 million US dollars of free publicity for it in just 51 days.