The 2020 federal budget has locked in Australia's largest deficit in living memory as the government seeks to spend its way to safety during the coronavirus pandemic and assumes a vaccine will be available in 2021. 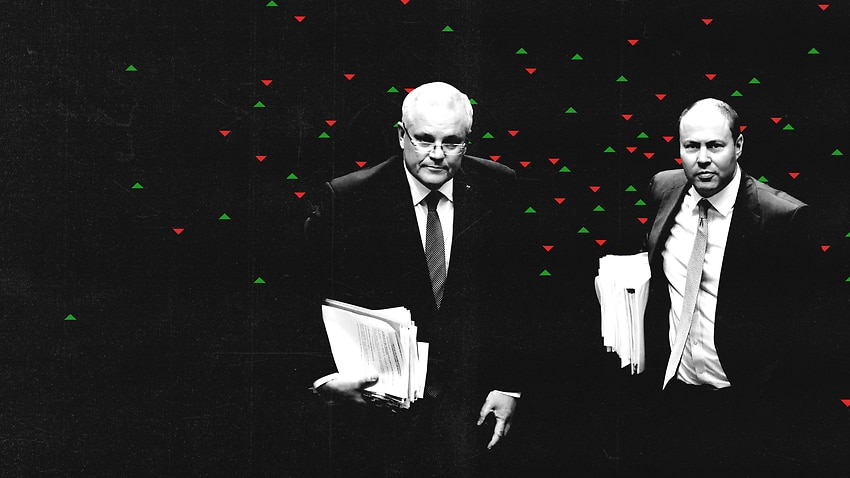 Australia’s budget deficit is this financial year expected to reach $213.7 billion with a net debt of $703 billion, as the government spends big on infrastructure, health and defence amid the worst global economic crisis since the Great Depression.

The federal government on Tuesday unveiled its most generous tax and spending budget ever, with planned tax relief for millions of Australians as it attempts to stimulate an economy devastated by the coronavirus pandemic.

The new deficit forecast is a far cry from the $6.1 billion surplus predicted in December before COVID-19 set in and the economy reeled into its first recession since the early 1990s.

But Treasurer Josh Frydenberg remained upbeat in his budget speech on Tuesday evening, saying “resilient” Australians would get through it together.

“The Great Depression and two world wars did not bring Australia to its knees; neither will COVID-19,” he said.

The budget predicts unemployment will peak at a rate of eight per cent in the December quarter of this year, before falling to 6½ per cent by the June quarter of 2022 as economic activity recovers.

This expected peak is lower than previously forecast, but the budget warns further rises are still expected in coming months. Real GDP, meanwhile, is expected to fall by 3¾ per cent in 2020 before recovering to grow by 4¼ per cent in the 2021 calendar year.

Future forecasts are based on an assumption a COVID-19 vaccine will be widely available by the end of 2021, despite warnings it may not be effective or widespread enough to bring the economy back to normal.

The budget also assumes localised outbreaks will be largely contained, and the Victorian second wave will be brought under control as expected under the state government’s roadmap. But it warns actual outcomes could significantly vary depending on the course of the pandemic.

“There remains substantial uncertainty around the global and domestic outlook,” the budget says.

While an earlier vaccine would be a boon, rolling outbreaks requiring the return of severe restrictions could see economic activity drop by another $55 billion across 2020-21 and 2021-22.

'A plan for recovery'

Budget measures to stimulate the economy include previously foreshadowed tax cuts for more than 11 million Australians, which the government wants to bring forward and backdate to 1 July.

There will also be a one-off benefit from the retention of the low-and-middle-income tax offset this financial year.

Treasurer: COVID-19 will see our deficit reach $213.7 billion this year

“Australians will have more of their own money to spend on what matters to them, generating billions of dollars of economic activity and creating 50,000 new jobs," he said.

A new JobMaker hiring credit available to all businesses - besides the major banks - is aimed at encouraging businesses to employ young Australians aged 16-35 on JobSeeker.

Read More
In a year like no other, this is what today's federal budget could mean for you

Other big-ticket items announced before Tuesday include a $4.5 billion upgrade to the National Broadband Network and $1.5 billion for a manufacturing strategy.

Road and rail projects worth $7.5 billion will be brought forward to get the Australian economy moving again.
Meanwhile, the government is also boasting record spends on health and the Australian Defence Force.

Government estimates 450,000 jobs for young people thanks to JobMaker

“We are bringing forward $1 billion in planned defence spending to support jobs as well as extending a range of health and employment programs for our veterans, helping them transition to civilian life,” Mr Frydenberg said.